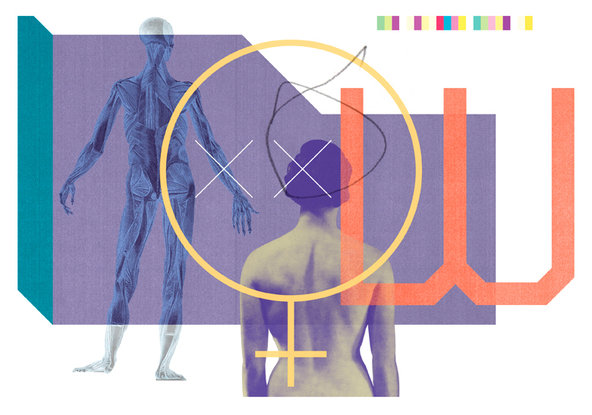 Many women dread the indignity of the annual pelvic exam, in which they are poked and prodded with their feet in stirrups.

Now an influential government task force says there isn’t evidence that routine pelvic exams are necessary or prolong a woman’s life. Some experts think they may even do more harm than good.

And although some 60 million pelvic exams are done each year, the practice hasn’t been studied much. The United States Preventive Services Task Force, a panel of experts in preventative and primary care, declared today that the current evidence is “insufficient” to assess the balance of benefits and harms of the pelvic exam. The task force performed an exhaustive search of the medical literature published over the past 60 years and located only eight studies looking at the diagnostic accuracy of pelvic exams for just four medical conditions.

“We can’t make a recommendation one way or the other at this time,” said Dr. Maureen Phipps, the chairwoman of obstetrics and gynecology at Brown University’s Warren Alpert Medical School and a member of the task force. “We need more evidence.”

The finding refers only to the practice of routine pelvic exams for healthy women, and does not apply to women who are pregnant or those with existing conditions or symptoms that need to be evaluated.

“This is not a recommendation against doing the exam,” Dr. Phipps emphasized. “This is a recommendation to call for more research to figure out the benefits and harms associated with screening pelvic exams. That’s the big message here.”

This is the first time the Preventive Services Task Force has turned its attention to pelvic examinations, which can include a visual exam of external genitalia, an internal exam using a speculum, manual palpation to check the shape and size of the uterus, ovaries and fallopian tubes, and the simultaneous palpation of the rectum and vagina using lubricated gloves.

The recommendations about pelvic exams do not change current guidelines for cervical cancer screening, in which cells are collected from the surface of the cervix and vagina. The screening test is recommended every three years for women ages 21 to 29 and every five years for ages 30 to 65.

Pelvic exams have been subjected to quite a bit of scrutiny in recent years, possibly because of turf battles between physicians and reimbursement battles with insurers. The exams can be both time-consuming and expensive, in part because doctors are advised to have a chaperone present during the exam.

In 2014, the American College of Physicians told doctors to stop performing routine pelvic exams as part of a physical, saying there is no evidence they are useful and much evidence to suggest they can provoke fear, anxiety and pain in women, especially those who have suffered sexual abuse or other trauma.

The American Academy of Family Physicians endorsed that recommendation. But the American College of Obstetricians and Gynecologists (ACOG) continues to recommend an annual pelvic examination for women 21 and older, while acknowledging a dearth of data. Its Well-Woman Task Force, which was convened in 2015, recommended annual external exams but said internal speculum and bimanual exams for women without specific complaints or symptoms should be “a shared, informed decision between the patient and provider.”

“No woman should ever be coerced into having an exam, and that discussion should take place in a nonexam room environment, while the woman is fully dressed and sitting at equal level with the provider at a round table, without a desk between them,” said Dr. Barbara S. Levy, vice president for health policy at ACOG.

But Dr. Levy says that the exams should not be scrapped because trials – which would be difficult to design and fund — have not been carried out.

“I think there’s tremendous value in the laying on of hands,” Dr. Levy said. “Touch has a lot to do with establishing trust, and there are many things I can pick up on during a pelvic exam because I’m skilled and trained.”

She may pick up on the fact that a woman is experiencing abuse or domestic violence, or discover that a woman may benefit from interventions to strengthen muscles to prevent urinary incontinence down the line, she said, adding, “This is the art of medicine.”

Most obstetrician-gynecologists do routine pelvic exams, as do many other physicians, and the majority of preventive care visits between 2008 and 2010 included one, according to the task force’s report.

Health care providers say they can pick up on myriad gynecologic conditions during a pelvic exam, including cancers of the cervix, vagina, vulva, ovaries and endometrium, sexually transmitted diseases, genital warts and genital herpes, uterine fibroids, ovarian cysts and more.

But the task force found no studies that assessed how effective the exams are for reducing death and disease. So for example, although a pelvic exam might be useful in detecting ovarian cancer, the disease is relatively rare, so exams often result in false-positives that can lead to unnecessary surgery, the report said.

In four ovarian cancer screening studies with over 26,000 screened patients, more than 96 percent of the positive test results were false positives, meaning there was no real disease and many patients had unnecessary follow-up procedures.

But Dr. Levy said the call for more research is impractical. Exams are part of preventive care that is tricky to evaluate or assess, she said, and such studies are unlikely to get funded. “Looking for evidence-based answers to centuries-old processes and procedures doesn’t always make sense,” she said.