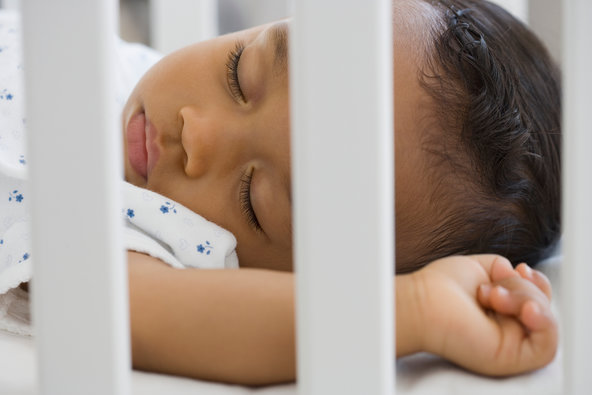 When my first child did not dependably sleep through the night, my parents were puzzled. My mother told me that to the best of her recollection, neither I nor my siblings had ever been troubled by night waking. I suspected that, back in the 1950s and ‘60s, they might have let us cry it out, but they didn’t recall. There might have been some difficult nights, but what was the big deal?

In our era of more anxious parenting, there’s a lot of debate about what has come to be called sleep training, that is, behavioral techniques for getting a baby who is 6 months old or older to fall asleep alone and sleep through the night. The debate comes when these techniques involve some periods of crying and protest on the baby’s part. Parents (and experts) who believe in sleep training feel that babies can develop “self-soothing” skills: learning sleep cues that help them comfort themselves and fall back asleep when they wake at night — as we all tend to do. Opponents of sleep training, many of whom are more generally committed to “attachment parenting,” say that in fact sleep training results in “learned helplessness,” with infants making the agonizing discovery that no matter how hard they cry, no one will come.

In a study published this week in the journal Pediatrics, 43 infants in Australia, 6 to 16 months old, all healthy, but identified by their parents as having sleep problems, were randomized to three different groups. In one group, the parents tried graduated extinction, the technique in which babies are allowed to cry for short, prescribed intervals over the course of several nights. The second group tried a technique called bedtime fading, in which parents delay bedtime in 15-minute increments so the child becomes more and more tired. And the third group, as a control, was just given sleep information.

The researchers measured the babies’ stress by sampling their levels of cortisol, a hormone indicating stress, and also looked at the mothers’ stress; 12 months after the intervention, they evaluated parent-child attachment and looked at whether the children had emotional and behavioral problems.

“What we were interested in is this hypothesis that there are these long-term consequences from doing something like graduated extinction,” said Michael Gradisar, an associate professor of psychology at Flinders University in Adelaide who was the first author on the new study.

Both sleep techniques – graduated extinction and bedtime fading — decreased the time it took children to fall asleep and graduated extinction reduced night wakings, compared to the control group. All the salivary cortisol levels were within the normal range in all three groups, but the afternoon levels in the two sleep training groups declined over time more than the controls. And there was no difference among the groups, 12 months later, in the measures of the children’s emotional and behavioral well-being.

Although critics of graduated extinction believe that strategy disrupts parent-child attachment, Dr. Gradisar said: “We couldn’t find any differences. The more studies we get, the more confident we can feel that this is actually safe to perform.”

This research builds on a follow-up study that appeared in Pediatrics in 2012, which looked at a large group of Australian children who, as babies, had participated in a controlled study of the effectiveness of behavioral sleep techniques. The original study, from 2006, had found that these techniques were effective both in reducing parents’ report of sleep problems in their 10-month-olds and also in reducing maternal depression, which has been linked to children’s sleep issues.

The 2012 research looked at those children at age 6, and checked out their mental health, stress regulation, sleep and a variety of measures of the parent-child relationship.

“We measured cortisol in saliva,” said Dr. Anna Price, a postdoctoral researcher in pediatric psychology at Murdoch Childrens Research Institute in Melbourne, who was the first author. “We also looked at parents’ mental health as well, all the effects the early program might have had on their later development and behavior, and the two groups looked very similar on all the measures.” The researchers found no differences between the children whose parents had been advised about the behavioral sleep techniques and the controls.

Another study of infant cortisol levels, published in 2012 in the journal Early Human Development, has been cited as showing that these behavioral techniques can be highly stressful for infants; it suggested that babies might be in distress even though they were not crying. Wendy Middlemiss, an associate professor of educational psychology at the University of North Texas, who was the first author on that study, said: “You have to be responsive. You can’t let them cry for long periods of time.”

But how cortisol is measured and interpreted is thus at the very center of this debate. Dr. Price and Dr. Gradisar were both among the authors of a letter responding to the Middlemiss article and challenging the cortisol methodology.

If what we really mean is, parents should do what they’re comfortable doing, and our job as pediatricians and pundits is to help them feel confident in their parenting, we have to accept that different families will make different reasonable choices.

There also doesn’t seem to be evidence that you do harm by deciding to forgo “sleep training” and waiting for the child to outgrow the night waking — as long as that doesn’t damage your marriage or your mental health.

As a pediatrician, I think about the baby, but I also try to take into account how the parents are doing. I sometimes wonder how the people who are most strongly opposed to any form of sleep training would feel about having their children’s teachers, or doctors or bus drivers, coming to work sleep deprived after really disrupted nights. Sleep matters, as we have learned to acknowledge in medical training. Babies matter, and so do parents.

See you in the morning.