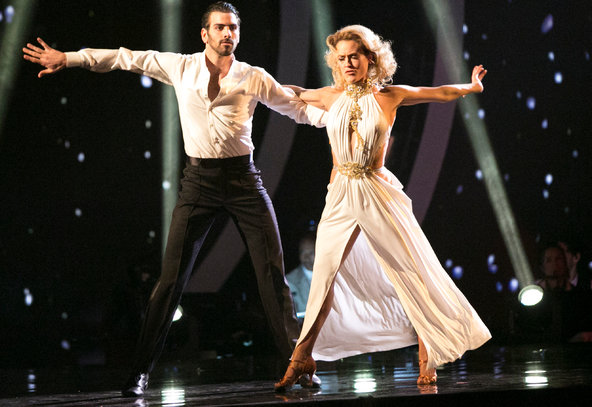 Nyle DiMarco, left, a contestant on “Dancing With the Stars,” shown here with professional dancer Peta Murgatroyd, is an advocate for American Sign Language.Credit Getty Images 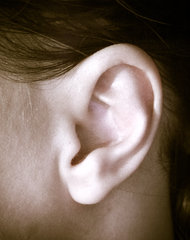 A long-simmering controversy erupted this spring over how deaf children should communicate.

It started when The Washington Post ran a story on Nyle DiMarco, the deaf “Dancing With the Stars” contestant who is also an advocate for American Sign Language (ASL). When Meredith Sugar, president of the Alexander Graham Bell Association for the Deaf and Hard of Hearing, retorted that ASL was becoming obsolete in light of better hearing aid and cochlear implant technology, the arguing went public. But that debate was really just the latest manifestation of a longstanding conflict among deaf people and parents of deaf children: Should children be fitted for hearing aids and taught to speak, or should they use sign language? Or a combination of both?

As the parent of a 2-year-old whose hearing loss was recently diagnosed, the arguments only heightened my anxiety about how to address my son Sam’s needs. After his diagnosis, Sam’s doctors assumed he would get hearing aids, which he would need for the rest of his life. ASL was not mentioned as an option. Because Sam has residual hearing — his loss is mild in one ear and moderate to severe in the other — I went along with their recommendation.

One friend, a speech therapist whose brother is deaf, told me not to sign at all with Sam because he would use it as a crutch instead of learning to speak. This made sense to me, and for a while after Sam was aided, his therapist, a teacher of the deaf, focused on his listening and speaking skills. The hearing aids gave him more access to sound, but he still had trouble processing all that new information and figuring out how to replicate it through spoken language.

Although his speech did improve, the frustration I continued to see in his face when he tried to tell me something was heartbreaking. Tantrums were frequent. Sam started coming up with his own signs, such as a chomping motion with his arms when he wanted to wear his dragon shirt. He was searching for any way to communicate.

So, I asked his therapist about incorporating sign. But instead of using ASL, which is its own language with a grammatical structure different from that of English, she advised “signed English.” This incorporates ASL signs but in a way that mimics spoken language. Although some children are taught to be bilingual in ASL and English, ASL is not designed to represent English directly. The benefit of learning signed English, Sam’s therapist said, is that he could sign and speak at the same time. Plus, when it comes time to learn to read, it’s not as much of an adjustment. “Learning ASL and then learning to read English is very tough,” she said. “It would be like learning Chinese.”

I’ve come to think of signing as a tool for Sam to learn English. The majority of the world is hearing. Only two to three children out of 1,000 are born with hearing loss, and more than 90 percent of them to hearing parents. Those who say not teaching ASL to hard-of-hearing children is language deprivation only vilify parents who are trying to find a bridge between the hearing and deaf worlds.

And it’s hard for parents like me to know which world their hard-of-hearing child should be in – or even what words to use to talk about it. Because Sam had some hearing I hesitated to refer to him as “deaf.” Many deaf people feel the term “hearing impaired” implies a deficit and focuses on a disability, so I settled on “hard-of-hearing.” But after talking with an advocate for deaf children in the New Jersey Early Intervention System, I realized there is not a clear delineation between deaf and hearing — it’s more like a spectrum. “When you say ‘mild hearing loss,’ people think it’s easily fixable,” she told me. “In fact, children with mild or moderate loss sometimes have an even more difficult time because they can hide their inability to hear.”

Hearing aids aren’t perfect, and certain situations, like a noisy classroom or restaurant, will still be difficult. As an alternative, many in the Deaf community — who capitalize the “D” to indicate a sense of unity and celebration — embrace their lack of hearing as an identity, avoid hearing aids and amplification altogether and focus on ASL. In this sense, being Deaf is more than a specific state of hearing; it’s being part of a specific culture that’s inclusive of those with mild as well as profound hearing loss. Many Deaf people feel well-meaning parents are pushed by doctors, audiologists and groups like AG Bell to try to make their children fit in with the hearing world through technology. But as Sam’s audiologist said to me, “Lots of people have glasses, so why should hearing aids be thought of any differently?”

Although in principle she may be right, hearing aid use in children, which requires years of visits with doctors, audiologists and speech therapists, remains controversial. Sam’s doctor told me that some in the Deaf community would think it’s “child abuse” for her to perform cochlear implant surgery, the next step in technology if over-the-ear aids aren’t effective. “They’d have me thrown in jail,” she said. This anti-technology attitude means that many parents who choose aids or implants wonder where their kids fit in. They’re not quite hearing, not quite deaf, and maybe not even Deaf.

Instead of a united front advocating for deaf and hard-of-hearing children, I’ve found a community struggling with internal conflict. As in politics, extremists on either side have created an environment that makes it hard for those in the middle to feel comfortable discussing the issues. I’m making decisions for my son, but I don’t know whether he will agree with them when he’s older. But what would help parents the most is a community that could talk openly to work through the options without judgment or dogma. What would best benefit my son — and me, in making choices for him — is better support for whichever decision we make.

Tina Donvito is a freelance writer who blogs at foggymommy.com.