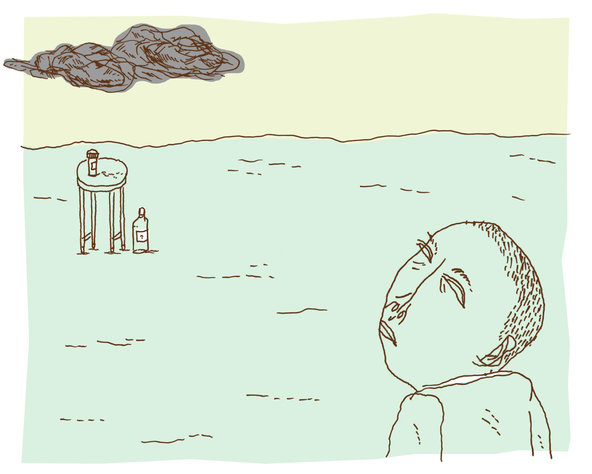 I don’t remember much about the first time I tried to kill myself, 21 years ago, because any time the memory popped up I deleted it from my mind like an unflattering photo on Facebook. Despite being open and public about my second attempt, in 2006, which I revealed in a memoir about my alcoholism, I’ve never told anyone else about that first one – not my partner of 25 years, my therapist of 10 years, family, nor friends – until now.

Here’s what I remember about that first time, in 1995. I felt hopeless, that my 27 years of life were done (27!). I’d come home drunk from a glamorous Manhattan book event, which I had organized as the publicist. The wattage of successful artists in literature, fashion and theater was blinding. I felt like a failure, that I would never be more than the hired help, that my own dreams were just thin air. When I came home and poured another drink and remembered the leftover painkillers in my medicine cabinet – prescribed for a sprained ankle earned by a drunken fall — I thought, “Why not?”

My attempt was impulsive, not premeditated. Had it been successful, I’d classify it as suicidal manslaughter. I climbed into the antique wrought iron bed I shared with my partner and passed out. The next morning, I woke up next to him and he was none the wiser. I got up in a daze and went to work feeling like I was moving under water, so heavy was my triple hangover from booze, pills and shame. I kept moving, kept drinking (I was blind then to the cause and effect of booze and depression) and kept silent.

My silence nearly killed me. Eleven years later, I tried again. I had been fantasizing about suicide every day for months. I was more hopeless. I was drunker. That time I did it with sleeping pills I’d been taking to prevent me from drinking as much at night. Booze, pills, suicide attempts: it was all one big happy “Valley of the Dolls” family. That time I took the pills in the morning after my partner left for work, and I didn’t wake up on my own. My partner found me in that antique bed when he came home from work. The jig was up, and my winding path to recovery began.

Why bother talking about the first one? Now that I’ve been sober for almost eight years and my artistic dreams are coming true, the secret made me feel like a house rebuilt on a foundation still riddled with termites. I knew I would have to own the attempt eventually, so when the Centers for Disease Control and Prevention recently released a report that suicides had surged to the highest levels in 30 years, I knew it was time for me to come clean. With two attempts on my score card, I forever remain in a suicide high risk group. According to the Harvard T.H. Chan School of Public Health, a history of suicide attempt is one of the strongest risk factors for suicide, and the American Foundation for Suicide Prevention reports that approximately 40 percent of those who have died by suicide have made a previous suicide attempt at some point in their lives. I don’t want the third time to be the charm.

The further away from that first attempt, the deeper the secret grew and the less real it became. I didn’t really do that. I didn’t think a few painkillers would kill me. I didn’t mean it. But I did do it and I did mean it. I’m mortified by that. It was reckless, rash, stupid, selfish, pathetic.

As a recovering alcoholic I know that admitting to my behavior and owning my story is the only way it can no longer own me. I’m not ashamed of being an alcoholic, but I’m still ashamed of trying to kill myself, even though I know I did it under the temporary insanity of alcohol. According to the A.F.S.P., approximately 30 percent of those who die by suicide have blood alcohol levels in the range of intoxication at the time of their deaths.

After my second attempt, I went to rehab and then to sober meetings. The focus quickly shifted from my suicide attempt to my alcoholism, and rightfully so. Once my alcoholism was treated, the depression lifted. It was alcohol that brought on my depression and thoughts of suicide, and ultimately twice gave me the courage to try it. Since I’ve been sober, I no longer suffer from depression, do not take antidepressants and no longer think about killing myself.

I’m fortunate to live in New York City, where there are almost as many sober meetings as there are bars. These are peer-led meetings of alcoholics helping other alcoholics, free of judgment and condescension. These meetings keep me sober, hence nonsuicidal.

But what about the nonalcoholics and nonaddicts who’ve attempted suicide? Where are their meetings? I could find only a few peer-led suicide attempt survivor support groups via Google, and none in New York City. When I called the National Suicide Hotline requesting local suicide attempt survivor support groups, the operator suggested just one option: a Safe Place Meeting hosted by the Samaritans, a suicide prevention network. But those meetings are for those who have lost loved ones to suicide, and they have no meetings for attempt survivors.

I admitted my second suicide attempt because I was found out, and had to. But shame kept me quiet about my first attempt. I admit it now, and I throw out a call for other closeted suicide attempt survivors to do the same: Own it, and find – or create — a safe group where you can talk about it.

Today I own my story, so that my story doesn’t kill me.

Jamie Brickhouse is the author of “Dangerous When Wet: A Memoir of Booze, Sex, and My Mother.”