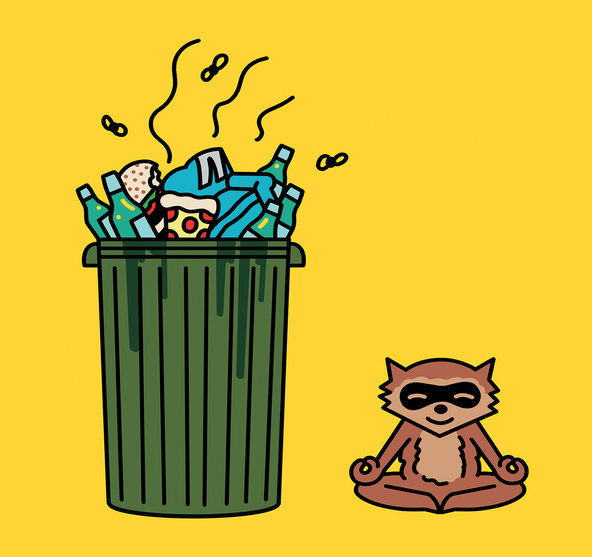 Experiments involving health and well­-being typically require their subjects to change just one aspect of their lives. Focusing on a single variable like diet or exercise makes it simpler to collect data and draw conclusions. But some researchers at the University of California, Santa Barbara, recently wondered if this minimalist approach might be shortchanging people’s potential to improve their health. Maybe it’s better to address all of our bad habits at once rather than try to make incremental changes to our lives.

For their study, published in March in the journal Frontiers in Human Neuroscience, the researchers put 31 college students, who tend to have flexible daily schedules, through a series of physical, cognitive and emotional tests and gave them brain scans. Roughly half the students served as a control group and continued their daily routines; the other half overhauled their lives completely. Every morning, they visited the school for an hour of supervised stretching, resistance training and balance exercises, followed by an hour of training in mindfulness and stress reduction, which included quiet walks and meditation. In the afternoon, they exercised for an additional 90 minutes. Twice a week they completed two interval-style endurance workouts on their own. They attended lectures about nutrition and sleep and kept daily logs detailing their exercise, diets, sleep patterns and moods.

After six weeks, the students retook the original tests. Those in the control group showed no changes. But the others were substantially stronger, fitter and more flexible. They performed much better on tests of thinking, focus and working memory. They also reported feeling happier and calmer; their self-esteem was much higher. Their brain scans showed a pattern of activity believed to indicate a greatly enhanced ability to stay focused.

These improvements, especially on measures of mood and stress reduction, generally exceeded by a great deal what had been seen in many past experiments whose subjects altered only one behavior. The study’s authors suggest that one kind of change, like starting an exercise regimen, may amplify the effects of another, like taking up meditation. What’s more, the improvements persisted: According to Michael Mrazek, the director of research at the Center for Mindfulness and Human Potential at U.C.S.B. and the study’s lead author, another set of tests six weeks after the experiment’s end showed that the change-everything students still scored much higher than they originally had on measures of fitness, mood, thinking skills and well-being, even though none of them were still exercising or meditating as much as they did during the experiment.

Of course, this study couldn’t isolate which elements of the lifestyle makeover were essential, or how the various changes influenced one another. There were too many moving parts. Dr. Mrazek says that he and his colleagues plan to tackle these issues in future experiments. For now, he says, the results suggest that “the limits of the human capacity for change may be much greater than we, as scientists, have given people credit for.”