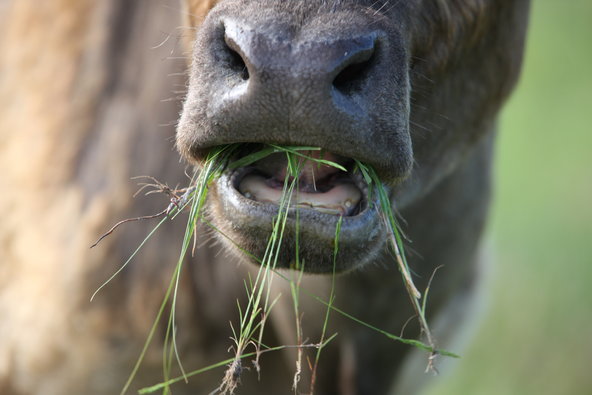 Organic meat and milk differ markedly from their conventionally produced counterparts in measures of certain nutrients, a review of scientific studies reported on Tuesday.

In particular, levels of omega-3 fatty acids, beneficial for lowering the risk of heart disease, were 50 percent higher in the organic versions.

“The fatty acid composition is definitely better,” said Carlo Leifert, a professor of ecological agriculture at Newcastle University in England and the leader of an international team of scientists who performed the review.

The European Commission, the executive body of the European Union, and the Sheepdrove Trust, a British charity that supports organic farming research, paid for the analysis, which cost about $600,000.

However, the question of whether these differences are likely to translate to better health in people who eat organic meat and drink organic milk is sharply disputed.

“We don’t have that answer right now,” said Richard P. Bazinet, a professor of nutritional sciences at the University of Toronto who was not involved with the research. “Based on the composition, it looks like they should be better for us.”

The two new scientific papers, published in The British Journal of Nutrition, are not the result of any new experiments, but instead employ a statistical technique called meta-analysis that attempts to pull robust conclusions out of many disparate studies.

They are certain to further stir a combative debate over whether organic foods are healthier. Some scientists assert that organic and conventional foods are nutritionally indistinguishable, and others find significant benefits to organic. Many people who buy organic food say they do so not for a nutritional advantage, but because of environmental concerns and to avoid pesticides.

The higher levels of omega-3, a type of polyunsaturated fat, arise not from the attributes usually associated with organic food — that the animals are not given antibiotics, hormones or genetically modified feed — but rather from a requirement that animals raised organically spend time outside. Organic milk and beef come from cattle that graze on grass, while most conventional milk and beef come from cows subsisting on grain.

“It’s not something magical about organic,” said Charles M. Benbrook, an organic industry consultant who is an author of the studies. “It’s about what the animals are being fed.”

Most of the same changes would be observed in conventionally raised animals that also grazed for the majority of their diet, the scientists said.“For once, this is a pretty simple story,” Dr. Benbrook said.

The review of comparisons of organic and conventional milk analyzed all 196 papers the scientists found. Because studies of meat are sparser, they could not look at just one type of meat like beef or pork. Instead, they did one analysis of the 67 papers they found for all types of meat. “Only if you throw them all in one pot can you do a meta-analysis,” Dr. Leifert said.

Two years ago, Dr. Leifert led a similar review for fruits and vegetables that found organic produce had higher levels of some antioxidants and less pesticide residue than conventionally grown crops.

Nutrition experts broadly agree that omega-3 fatty acids in food offer numerous health benefits. When the United States Department of Agriculture revised its dietary guidelines in 2010, it urged people to eat more seafood, which is rich in omega-3.

Omega-3 is much more prevalent in grass than in grain, which is why organic livestock and milk also contain higher levels. “Lo and behold, we altered in some fundamental ways the nutrient intake of these animals and hence the nutrient composition of the products that we derive from those animals,” Dr. Benbrook said.

The new analysis found that levels of another polyunsaturated fat, omega-6, were slightly lower in organic meat and dairy. Omega-3 and omega-6 are essential for the functioning of the human body, which can make neither. But some have argued that a skewing toward omega-6 has become unhealthy.

Centuries ago, people ate roughly equal amounts of the two fatty acids. Today, most Americans eat more than 10 times as much omega-6, which is prevalent in certain vegetable oils and thus also fried foods, as omega-3.

In an email, Dr. Walter C. Willett, the chairman of the nutrition department at the Harvard T.H. Chan School of Public Health, said the differences between organic and conventional beef were trivial, and the amount of saturated fat in both were high.

A shortcoming of the recommendation to eat more fish is that if everyone followed it, the rivers, oceans and lakes would be emptied of fish. Dr. Bazinet of the University of Toronto said perhaps encouraging people to switch to organic meats and milk would be “a way to kind of get at them with the foods they’re already eating.”

Dr. Bazinet said observational studies suggested that adding 200 milligrams a day of omega-3s to an average diet should yield health benefits. Switching to organic beef would add about 50 milligrams. “Eating one grass-fed beef serving per day is not going to do it,” he said.

But if combined with a couple of glasses of organic milk, “it should make a difference,” Dr. Bazinet said. “That would be the hypothesis.”

Dr. Leifert cited several studies that indicated that infants of mothers who ate organic fruits and vegetables were less likely to contract some diseases. He is also conducting experiments to see if rats fed organic foods are healthier. So far, he said, it appears that crop pesticide residue does have measurable effects on the rats’ hormones.

“We still don’t know whether it kills you, but we do know it has an effect on hormonal balances,” he said. “It’s something that makes you think a little bit.”