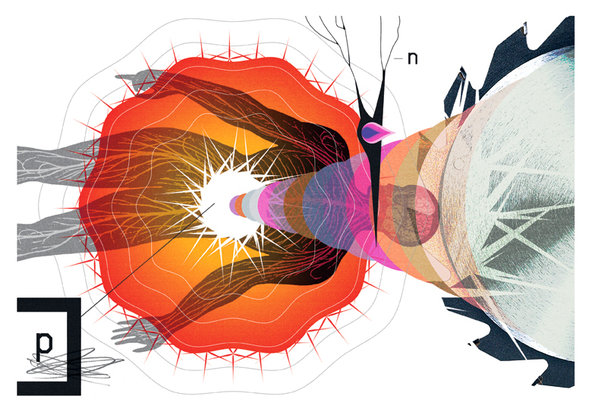 Sixty-five million Americans suffer from chronic lower back pain, and many feel they have tried it all: physical therapy, painkillers, shots. Now a new study reports many people may find relief with a form of meditation that harnesses the power of the mind to manage pain.

The technique, called mindfulness-based stress reduction, involves a combination of meditation, body awareness and yoga, and focuses on increasing awareness and acceptance of one’s experiences, whether they involve physical discomfort or emotional pain. People with lower back pain who learned the meditation technique showed greater improvements in function compared to those who had cognitive behavioral therapy, which has been shown to help ease pain, or standard back care.

Participants assigned to meditation or cognitive behavior therapy received eight weekly two-hour sessions of group training in the techniques. After six months, those learning meditation had an easier time doing things like getting up out of a chair, going up the stairs and putting on their socks, and were less irritable and less likely to stay at home or in bed because of pain. They were still doing better a year later.

The findings come amid growing concerns about opioid painkillers and a surge of overdose deaths involving the drugs. At the beginning of the trial, 11 percent of the participants said they had used an opioid within the last week to treat their pain, and they were allowed to continue with their usual care throughout the trial.

Dr. Goyal said he sees many patients with chronic lower back pain who become frustrated when they run out of treatments. “It may not be for everybody,” he said, noting that some people with back pain find yoga painful. “But for people who want to do something where they’re using their own mind to help themselves, it can feel very empowering.”

One of the strengths of the study, published in JAMA on Tuesday, was its sheer size. It included 342 participants ranging in age from 20 to 70. They were randomly assigned in equal numbers to either mindfulness-based stress reduction, cognitive behavioral therapy, or to continue doing what they were already doing.

Those who got cognitive behavioral therapy had greater improvement when it came to a measure called “pain bothersomeness,” with 45 percent gaining meaningful improvement compared with 44 percent in the meditation group. But both these treatments were more effective than the usual treatment, which led to improvement in only 27 percent of people.

The benefits were limited, but that’s not really surprising, said the study’s lead author, Daniel Cherkin of Group Health Research Institute in Seattle. “There are no panaceas here. No treatment for nonspecific back pain has been found to make a whole lot of difference for many people.” While some treatments may help some people, he said, they don’t work well for others, which is why it’s important to be able to offer lots of options.

Mindfulness-based stress reduction was developed in the 1970s by Jon Kabat-Zinn, a scientist in Massachusetts who adapted Buddhist meditation practices for an American audience. The goal is for meditators to increase their awareness of their experience and of “how it’s affecting them and how they’re responding to it,” said Dr. Cherkin, adding that the idea is for participants “to change their mind-set and, in a way, almost befriend the pain, and not feel it’s oppressing them.”

The new study is the second showing that meditation may help people manage chronic lower back pain. Earlier this month, researchers at the University of Pittsburgh School of Medicine reported in JAMA Internal Medicine that mindfulness meditation helped older adults manage their pain for up to six months, though the improvements in function did not persist.

Access to mindfulness-based stress reduction can be problematic, however. Training by certified instructors is not available everywhere, and may not be covered by health insurance.

One in four adults in the United States has had a bout of back pain within the past month, according to national health figures, and back pain that has no clear underlying cause can be tough to treat, often improving only to flare up again weeks to months later.

Dr. Cherkin said mindfulness-based stress reduction may be particularly helpful for people because even if their use lapses, they develop a skill they can draw on later when they need it.

“That suggests that training the mind has potential to change people on a more lasting basis than doing a manipulation of the spine or massage of the back,” techniques that may be “effective in the short term but lose effects over time,” Dr. Cherkin said. “You can practice it by waiting at the bus stop and just breathing.”