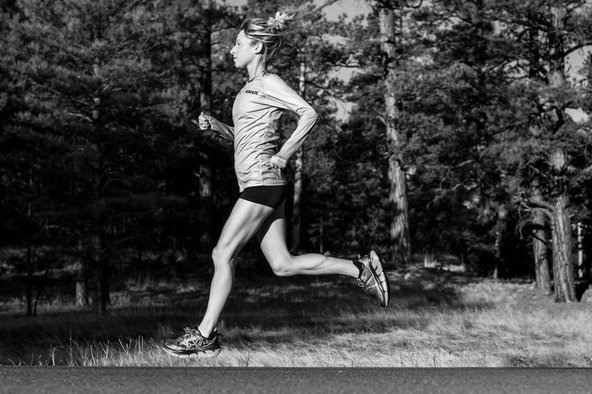 Credit Hoka One One

Can fat-soled shoes that appear to have been constructed in part from marshmallows help you run better? The first study of a new kind of thickly cushioned running shoe suggests that this type of footwear may not make running any easier. But it probably also will not make it harder. And nobody knows yet whether these maximalist running shoes, as they’re called, are the answer to preventing the painful injuries that sideline as many as 90 percent of runners at some point.

Anyone who hangs out with distance runners has doubtless noticed the sudden popularity of these shoes, which provide two or three times as much foam padding between the foot and the pavement as most running shoes. The voluptuous Hoka One One shoes are perhaps the most recognizable of the new maximalist footwear, but almost every athletic shoe company offers models now with similarly extreme padding.

Maximalist shoes would seem to be a fervent reaction to and rebuke of the other recent fad in running-related footwear, which consisted of minimalist or barefoot-style shoes that provide little if any cushioning.

But according to John Mercer, a professor of biomechanics at the University of Nevada in Las Vegas, and senior author of the new study, both types of footwear were developed in response to the same concern: the desire to prevent running injuries.

Many hoped that barefoot-style shoes, by removing most padding, would change how people run in beneficial ways. Researchers had noted that people who grow up running barefoot (which means, mostly, young Kenyan runners) typically strike the ground near the middle or front of their foot and tend to have relatively few injuries. Perhaps, the researchers speculated, that style of running would result in fewer injuries for the rest of us.

But the results were not altogether salutary. No agency collects data about running injuries, but anecdotal reports suggest that quite a few barefoot-style runners wound up getting hurt, in part because their feet and legs were unused to the new patterns of pounding that occur when shoes provide little or no cushioning.

Human nature being what it is, people then turned to shoes with far more cushioning than had been used in running shoes before.

These shoes promise plush comfort without a decrease in athletic performance, Dr. Mercer said. Rather surprising (to me), most maximalist shoes weigh about the same as thinner models, Dr. Mercer said, because the foam used for cushioning has a cotton-candy airiness.

However, these shoes are still so new that scientists had not yet examined their effects on how people run.

So for the new study, which was presented last week at the annual meeting of the American College of Sports Medicine in Boston, Dr. Mercer and his colleagues asked 10 experienced runners to eschew their usual shoes for a few days.

At the university’s human performance lab, the runners donned alternately an average pair of running shoes and a pair of maximally cushioned shoes. They ran in each type of shoe at three different speeds and two different inclines on a treadmill, while wearing a mask that measured precisely how much oxygen the runner was taking in. Each run lasted eight to 10 minutes.

If shoes make it more or less difficult to run, Dr. Mercer said, the amount of oxygen that a runner wearing those shoes breathes in should commensurately rise or fall.

As expected, the runners all gasped in far more oxygen when they ran at higher speeds and increased slopes. But their footwear did not affect their oxygen intake. The runners required about the same amount of oxygen at the various paces and inclines whether they wore super-fat or average shoes.

But this study was quite small-scale and did not address the pressing issue of injuries. No one knows at this point whether wearing maximalist shoes will keep people from getting hurt, Dr. Mercer said. The shoes might, for example, turn out to contribute to certain injuries if their added height makes runners less stable or less able to feel and respond to changes in the ground beneath them.

Dr. Mercer and his colleagues hope to study injury patterns from these shoes in the future.

For now, the broader import of the study’s findings could be that shoes may matter less for running ease than many of us might expect. So if you like your current shoes, stick with them. If, however, you do wish to try maximally — or minimally — cushioned shoes, visit your local running specialty store and wear a pair for a jog around the block to judge whether you enjoy how they feel.