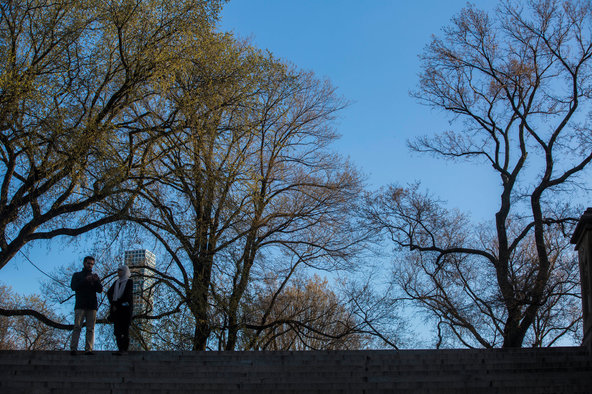 Living near greenery may help you live longer.

Researchers monitored 108,630 women who completed biannual questionnaires on their health and lifestyle from 2000 to 2008. During that time, 8,604 died. Using satellite imagery, they tracked the extent of seasonal vegetation where the women lived. The study controlled for socioeconomic status, age, race, body mass index, physical activity, smoking, education and other health and behavioral factors.

Those living near greenery had a rate of deaths from respiratory illness that was 34 percent lower and a rate of dying from cancer that was 13 percent lower. But greenness did not affect mortality related to coronary heart disease, diabetes, stroke or infections.

The lead author, Peter James, a research associate at Harvard, said there were four factors in greener areas that helped account for the effects: less air pollution, more physical activity, more social engagement and, most significantly, better mental health, as measured by a lower prevalence of depression.

“This doesn’t mean you need to move to the country,” Mr. James said. “We found the associations within urban areas as well as rural areas. Any increased vegetation — more street trees, for example — seems to decrease mortality rates.”