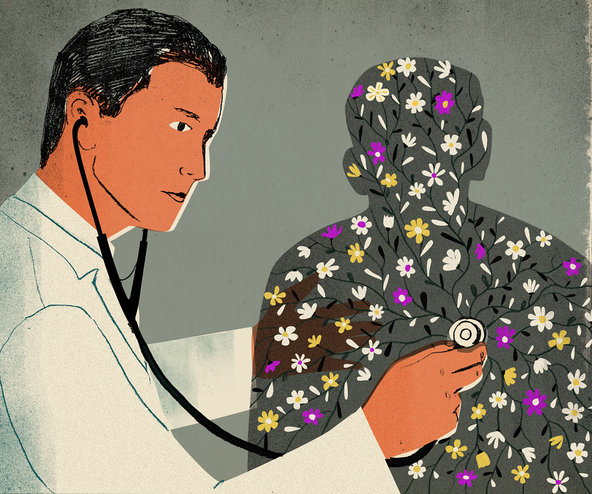 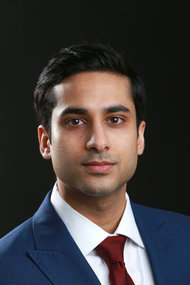 Friday night in the emergency department is about what you’d think.

It starts off slow: a middle-aged man with a middling pneumonia; an older nursing home resident with a urinary tract infection that is making her delirious. Then come two heart attacks at the same time, followed by a drunken driver with a head bleed and half his rib cage fractured. At midnight, in roll the inebriated members of a bachelorette party that has not gone, one assumes, according to plan.

Amid the chaos, I break off to greet a thin, older man, quietly bundled up on a hallway stretcher. I look over his chart and prior scans. His prostate cancer has grown through several chemotherapy regimens. His spine is full of tumor and he’s been vomiting everything he eats or drinks for weeks. He can’t move the left side of his body after a recent stroke.

He smiles a charming, crooked smile. “It hasn’t been the best month of my life.”

I ask him about his symptoms, when they started, how bad they’ve gotten. He asks me where I went to medical school and if I have a girlfriend. I ask him if he’s dizzy and whether there’s blood in his stool. He tells me he emigrated from Greece 50 years ago, almost to the day. He won a scholarship to M.I.T. and studied electrical engineering. There he met his wife — “a fantastic cook” — and started his first company.

Now, decades later, he’s alone — in a crowded emergency room, on a Friday night, his wife dead, his two sons overseas, a nurse visiting him once a week at home to help him with some medicines and make sure the various tubes coming out of his body aren’t infected.

I ask him when he last moved his bowels.

“Son, I’m dying. I’m alone. One day you’ll learn there’s more to a good death than how often I move my bowels.”

I am better at many things than I was when I started my journey to become a physician more than a decade ago. But I am not sure that understanding patients as people — and placing them in the context of their long, messy, beautiful lives — is one of them.

Doctors are trained first to diagnose, treat and fix — and second, to comfort, palliate and soothe. The result is a slow loss of vision, an inability to see who and what people are outside the patient we see in the hospital.

As we acquire new and more technical skills, we begin to devalue what we had before we started: understanding, empathy, imagination. We see patients dressed in hospital gowns and non-skid socks — not jeans and baseball caps — and train our eyes to see asymmetries, rashes and blood vessels, while un-training them to see insecurities, joys and frustrations. As big data, consensus statements and treatment algorithms pervade medicine, small gestures of kindness and spontaneity — the caregiving equivalents of holding open doors and pulling out chairs — fall by the wayside.

But all care is ultimately delivered at the level of an individual. And while we might learn more about a particular patient’s preferences or tolerance for risk while explaining the pros and cons of a specific procedure or test, a more robust, more holistic understanding requires a deeper appreciation of “Who is this person I’m speaking with?”

In Britain, a small but growing body of research has found that allowing patients to tell their life stories has benefits for both patients and caregivers. Research — focused mostly on older patients and other residents of long-term care facilities — suggests that providing a biographical account of one’s past can help patients gain insight into their current needs and priorities, and allow doctors to develop closer relationships with patients by more clearly seeing “the person behind the patient.”

In the United States, Medicare recently began paying doctors to talk with their patients about end-of-life planning. These conversations allow patients to discuss and explore their preferences about a slew of complex medical interventions, including clinical trials, transfers to the intensive care unit, use of mechanical ventilation or feeding tubes, and the desire to die at home or in the hospital. These discussions, too, may benefit from a biographical approach, in which patients are able to elaborate on what is and has been most important in their lives. To better serve patients, we need to see not only who they are, but also who they were, and ultimately, who they hope to become even at the end of life.

How much more effective would we be as diagnosticians, prognosticators and healers if we had a more longitudinal understanding of the patient in front of us? If we saw not just the shrunken, elderly Greek man on the emergency room stretcher in front of us, but also the proud teenager flying across the Atlantic to start a new life half a century ago?

The emergency room is, by its nature, an arena designed for quick thinking and swift action. There are certainly other places, times and circumstances more conducive to probing goals-of-care discussions and lengthy forays into the internal lives of patients.

Still, there is always some moment of grace and meaning we can help patients find in the time they have left, a moment that recalls a time when they felt most alive — even if it’s just a fleeting conversation about gyros and electrical circuits in a busy emergency room, late on a Friday night.