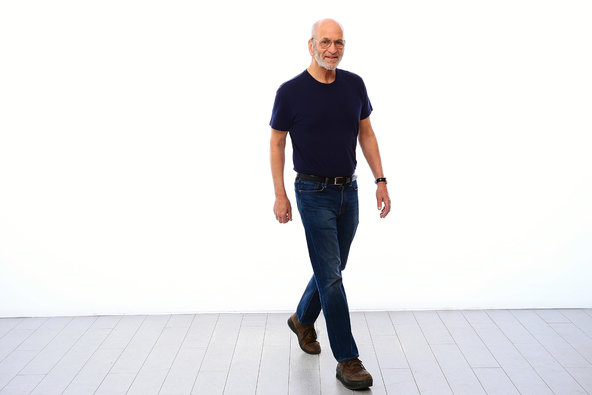 I knew about my limp before I knew much else about myself. It was 1951, at the height of the polio epidemic, and I was a 4-year-old in Beverly Hills, Calif. My father took me swimming in the pool of a club where he played tennis. Sometime later, a woman who’d swum in the pool a week or two before me was stricken with polio. A few days after that, while we were on vacation, I began limping and developed a fever.

After a doctor paid a visit to our hotel room and somberly conferred with my parents, they drove me to the Los Angeles County Hospital, where I spent a night or two in a hallway with dozens of other patients because the polio wards were full. For reasons I never grasped, I was sometimes tied to the bed, even though I clearly wasn’t going anywhere. I’d noticed that my right leg was numb, and I could no longer move it.

By the time I got home from the hospital a month later, I could walk, but only a few steps at a time. I remember once collapsing at the top of our staircase and waiting for someone to carry me back to my room. The disease shortened my right leg, partially atrophied my calf muscle, limited my ankle’s flexibility and curled my foot perceptibly inward.

Over the next decade I saw doctors regularly, performed daily exercises supervised by my stern father, and for months at a time wore corrective plaster-of-paris casts intended to twist my foot back toward normalcy. None of this kept me from an active childhood. I loved baseball — I played catcher, of course — and loathed the coach who yelled at me for running slowly, as if I could will speed. I dreaded running laps in phys ed class, where I’d inevitably come in last. Because my balance was poor, I fell down often. And I hated dancing, which seemed to require everything I lacked.

But in some ways polio felt like a distinction. It handed me a knowledge that others didn’t have. It made me serious when most kids around me were anything but. I understood Chester, Marshal Dillon’s sidekick on “Gunsmoke,” who limped his way though television’s longest-running series. I grasped his isolation, his lack of confidence, his compensating insight into everyone else. If I wasn’t already destined to be an observer, polio made certain that I was one, and laid the foundation for my career as a professional observer, a journalist.

By the time I reached adulthood, I more or less forgot about my limp. I spent six years as a foreign correspondent, including two covering the Vietnam War (while I was classified 4-F because of my leg). I zealously exercised and paid no attention to the dipping of my right shoulder each time I put weight on my right leg. If someone asked me about the limp, I’d mention polio and told them I must be tired.

My polio story would have ended there if I hadn’t consulted a physical therapist named Lisa for an unrelated problem a couple of years ago.  “We have to change the way you walk,” was one of the first things she said to me, with an urgency that took me by surprise. I was 67, and the idea of changing my walk struck me as at least a few decades too late, if it had ever been possible at all. “No,” Lisa said. “If you don’t learn to walk properly, the older you get, the more likely you’ll fall down.”

After a close examination of my leg, she stunned me once more: “Your limp is probably unnecessary.” In becoming accustomed to limping as a child, she concluded, I’d sacrificed the tone of healthy muscles, from my abdominals to my toes, that supported walking. If I reawakened them, I’d have enough muscle to achieve a normal stride.

Over the next year and a half, I saw Lisa nearly 50 times. At the beginning of each session, she’d watch me walk, then devise a treatment plan on the spot. She didn’t go for broke, as a previous therapist had: Her approach was gradual and intuitive. The exercises she assigned me were challenging but not overwhelming, and seemed to build upon themselves.

Each day at home I worked with straps, bands, assorted balls and a low tottering platform on which I learned to keep my balance while standing on my right foot — something I’d always considered impossible. As the muscles kicked in, one by one, I realized how I’d maneuvered around their weakness. As I walked, I often held my left my arm slightly behind me, stiffly, as if on call to provide balance. When I sat down, I planted my left foot on the floor and curled my right foot behind it — only my left side was rooted in the ground.

My foot eventually flattened out. The shoulder dip disappeared. Walking stopped feeling like a chore. My daughter said she no longer heard the familiar ker-CHUNK ker-CHUNK of my old gait. My spirits improved. My confidence grew. My writing career even enjoyed an uptick. And why not? For the first time in my life, at nearly 70 years old, I was standing on my own two feet.

A former Los Angeles Times foreign correspondent, Jacques Leslie is the author of “The Mark: A War Correspondent’s Memoir of Vietnam and Cambodia.”