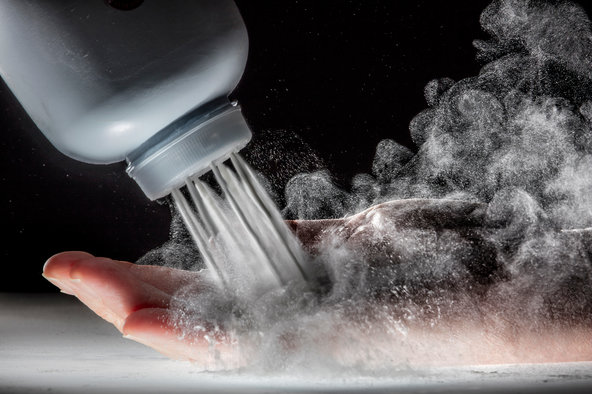 Deane Berg thought she was going to die, and she wanted to know why. She was 49, way too young, she thought, to have advanced cancer in her ovaries.

As she scrolled through websites that listed possible causes of ovarian cancer, one jumped out at her: talcum powder. She did not have risk factors like infertility or endometriosis, but she had dusted baby powder between her legs every day for 30 years.

“I went into the bathroom, I grabbed my Johnson’s Baby Powder and threw it in the wastebasket,” recalled Ms. Berg, now 59, a physician assistant in Sioux Falls, S.D. “I said, ‘What else could it be?’”

Ms. Berg was the first of thousands of women with ovarian cancer to file a lawsuit against the consumer products giant Johnson & Johnson, claiming that Baby Powder caused their disease and pointing to a long trail of studies linking talc to the cancer. The research dates to 1971, when scientists in Wales discovered particles of talc embedded in ovarian and cervical tumors. 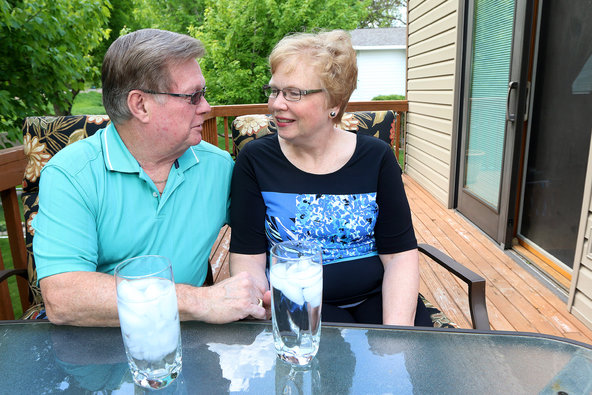 Deane Berg with her husband, Jim. She blamed Johnson’s Baby Powder for her ovarian cancer.Credit David Eggen for The New York Times

Since then, numerous studies have linked genital talc use to ovarian cancer, including a report earlier this month that among African-American women, genital use of powder is linked with a 44 percent increased risk for invasive epithelial ovarian cancer.

Johnson & Johnson says its trademark Baby Powder is safe, and it plans to appeal two multimillion dollar jury awards, including $55 million in damages awarded to a cancer survivor earlier this month and a $72 million award in February.

The International Agency for Research on Cancer in 2006 classified talcum powder as a possible human carcinogen if used in the female genital area. But the agency, part of the World Health Organization, has also said pickled vegetables and coffee are possible carcinogens and that hot dogs cause cancer.

Johnson & Johnson says research implicating talcum powder is flawed and points to studies that absolve talc of any cancer risk.

“We have children ourselves,” said Tara Glasgow, the research and development lead for the company’s baby products franchise worldwide. “We would never sell a product we didn’t believe was safe.”

So did the juries get it right or wrong? Is it plausible that Johnson’s Baby Powder — that clean-smelling soft stuff that’s a medicine cabinet staple, packaged in milky-white containers and supposedly mild enough for babies’ bottom — can cause cancer?

It’s not an easy question to answer.

“There is no way we’re ever going to know for certain that any exposure is necessarily causal to a disease,” said Dr. Shelley Tworoger, an associate professor of medicine and epidemiology at Brigham and Women’s Hospital and Harvard. “We might be 99 percent sure,” in some cases, she said, “but there’s usually no way to guarantee that what you see is actually the truth.”

Cancer is hard to study because it develops over a long period of time and is influenced by many factors, including genes, behaviors and environmental exposures. The best we can do, Dr. Tworoger said, “is look at the preponderance of the evidence.”

Talc is a naturally occurring clay mineral composed of magnesium and silicon. Known for its softness, it is used in cosmetic products like blush because it absorbs moisture and prevents caking. It is also an additive in tablets, chewing gum and some rice. It’s often mined in proximity to asbestos, a known carcinogen, and manufacturers have to take steps to avoid contamination. Many women use the powder on their inner thighs to prevent chafing, while others sprinkle it on their perineum, sanitary pads or underwear to stay “fresh” and dry. A 1980s ad campaign for a once-popular powder promised with a catchy jingle that “a sprinkle a day helps keep odor away.”

There has never been an experiment to see what happens when you deliberately expose women to talcum powder — for practical and ethical reasons, there never will be — so scientists must rely on observational studies that can link an exposure to a disease but cannot determine a cause-and-effect relationship.

In 1982, a Harvard professor, Dr. Daniel W. Cramer, and his colleagues compared 215 women with ovarian cancer and 215 healthy women who served as a control group. Compared with nonusers, women who used talcum powder were at nearly twice the risk for having ovarian cancer, and those who used it regularly on their genitals and sanitary pads were at more than three times the relative risk.

At least 10 subsequent studies echoed the results, with varying degrees of increased risk. But a small number of studies did not find a heightened risk for talc users.

When researchers pooled the results of similar studies involving nearly 20,000 women, they found powder use was associated with a 24 percent increased risk for ovarian cancer, an uncommon disease but one that is often fatal. If the finding is true, it means that for every five or six talcum powder users who develop ovarian cancer, one may be a result of talcum powder use, Dr. Steven A. Narod, an expert in cancer genetics from Toronto, said.

But critics say such studies can get it wrong, because they quiz women about their risk factors after a cancer diagnosis, and people, by nature, have selective memories.

“A patient is looking for reasons, and wondering, Why did this happen to me?” said Dr. Larry Copeland, a gynecologic oncologist from Ohio State University Wexner Medical Center and paid expert for Johnson & Johnson. If a researcher asks a patient about talc use, he said, “The answer is going to be ‘Aha, yeah — maybe that was it.’”

Dr. Copeland points to a large government-funded study, the Women’s Health Initiative. Researchers asked 61,576 women at the beginning of the study whether they had ever used perineal powder (although they did not specify talcum powder) and tracked their health over time. After 12 years, the study investigators found no relationship between powder use and cancer.

But that paper has critics, too. Dr. Narod said that the Women’s Health Initiative cohort was not large enough and did not track women long enough to find differences in ovarian cancer. The findings, he said, do not invalidate the earlier observational research that showed a link between talc and cancer.

Why talc use might lead to cancer is not clear. Studies have shown that talc crystals can move up the urinary tract into the peritoneal cavity, where the ovaries are. Indeed, a pathology report on Ms. Berg’s tumor found talc particles embedded in the tissue.

There is also a plausible mechanism, Dr. Tworoger said, because talc particles can set off inflammation, and inflammation is believed to play an important role in the development of ovarian cancer

Since the research began showing a link between talc and cancer in the 1990s, federal officials have not acted to remove the powders or add warning labels. The nonprofit Cancer Prevention Coalition petitioned the Food and Drug Administration in 1994 and again in 2008 for talc warning labels. In a 2014 denial letter, the agency said there was “no conclusive evidence” to establish causality, though it is plausible that talc “may elicit a foreign-body-type reaction and inflammatory response that, in some exposed women, may progress to epithelial cancers.”

Although Johnson & Johnson’s talc supplier added warning labels in 2006, J&J did not add similar warnings to its products, according to litigation documents. Baby powder does carry a warning to keep it out of the reach of children and many pediatricians discourage its use on babies, who can become ill or die after breathing in the particles. Inhalation studies in female rats demonstrated carcinogenicity, according to the National Toxicology Program. Condom and surgical glove makers have stopped dusting their products with talc.

“Talcum powder is an interesting case, because it’s not something that’s necessary,” said Dr. Anne McTiernan, an epidemiologist with the Fred Hutchinson Cancer Research Center in Seattle. “If there’s any doubt, why should anyone use it?”

As for Ms. Berg — the Sioux Falls woman with advanced ovarian cancer — she won her lawsuit against Johnson & Johnson, but the jury did not award damages. She hopes other talc lawsuits will raise awareness.

“I knew nothing about this before,” she said. “I figured baby powder is for babies, it must be safe.”