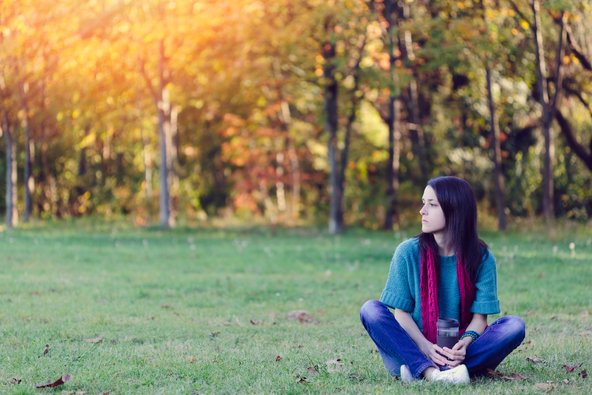 When Cali Yost was a teenager, she loved having a busy social life. But her teenage daughter Maddie is different. Even in elementary school, she loved her friends, but sometimes turned down invitations to their homes.

“I would have chosen a playdate every day,” said Ms. Yost, a Madison, N.J., workplace consultant. For this outgoing parent, it’s been a challenge to accept that her child, now 15, still has less interest in the kind of busy social life she herself craved.

As many as one-third or half of all people are introverts, and that includes teenagers, says Susan Cain, whose new book, “Quiet Power: The Secret Strengths of Introverts,” focuses on the challenges that introverts face during their middle-school and high school years.

“There’s such an expectation that teenagers will embrace this natural rhythm of going from one thing to another,” and will be at their happiest when surrounded by other teens, said Ms. Cain.

Children who match what she calls the “extroverted ideal” (charismatic, talkative, always surrounded by friends) are more readily seen as happy and successful, even within their own families. It’s much harder for parents like Ms. Yost to know whether a quieter child is making her own choice to be alone or if she is feeling excluded.

“I hear from extroverted parents all the time,” Ms. Cain said. “They derive so much pleasure from being in the mix socially that it’s hard for them to really understand a child who would rather stay home.’

Even parents who share a child’s quieter characteristics aren’t immune from worry, she said.

“For introverted parents, it’s easy to understand and relate to an introverted child’s needs and preferences,” Ms. Cain said. “But if we have a lingering discomfort or sense of shame about our own introversion, we tend to assume it’s going to be that way for our teen.”

Both kinds of parents, she said, need to check their own mental outlook. “Do you see your teen’s personality as wonderful, or as a detriment that you have to overcome?” Parents who appreciate a teen’s quieter temperament can help him to embrace it and at the same time encourage him to push past the reluctance or even fear that sometimes accompanies introversion if it’s limiting his opportunities. But knowing when to push, and when to back off, is a challenge.

That was true for Karen Brown, a public radio reporter in Northampton, Mass., and an extroverted parent who has long struggled with her son’s introversion.

“This is exactly the age when he needs to be putting himself out there,” she said, referring to building his college applications and recommendations. “But because the stakes are higher doesn’t mean his personality has changed.”

She’s gently pushing him toward summer opportunities, and encouraging him to spend more time talking with teachers, coaches and guidance counselors. At the same time, she’s had to accept that his version of putting himself out there might not look like hers. She might think he should apply for five summer positions; he might inquire about one, but immediately go after the job. “There are things he does that surprise me and remind me that I don’t always understand how well he’s finding his way with his peers or in the world at large,” she said.

Ms. Yost is particularly conscious of the need to allow her daughter to find her own way. “I was an extrovert raised by introverts, and that was sometimes hard,” she said. “When I realized she and I were different I very consciously did not want to repeat that pattern.” Ms. Yost has found that she can help Maddie to find the right approach when she has to decide whether to stay home one night or join in when her friends get together.

“I remind her, ‘you said no a bunch of times so they may think you don’t want to come.’ That means you may have to make an extra effort next time,” she said. She also points out that her daughter’s more extroverted friends look at their gatherings differently. “They assume that if you want to be there, you’ll just go. They don’t sit back and wait to be invited.” She helps Maddie fight her natural tendency to worry about intruding and join in when she’s ready.

When Ms. Brown thinks her son needs to take a chance on a social gathering, she makes a deal with him — she’ll come to get him within an hour. “I get there in 55 minutes,” she said — and even when he seems to be enjoying himself, he’s also ready to go. That wouldn’t be her decision, but she’s learned to respect his.

Even parents who push on occasion also need to recognize that teenagers have reasons for the choices they make. “There are many weekend nights where it’s been a long week, and she’s just had it,” Ms. Yost says of her daughter. And some teenagers may deliberately avoid social situations that they know (but don’t want their parents to know) will include alcohol, drugs or sexual pressures.

One key, said Ms. Cain, is to consider — or ask your teenager to consider — whether he or she is making a decision out of a perfectly legitimate need or preference, or out of fear or discomfort. That will help prepare them to weigh their own choices when they’re in college and need to decide when to push themselves.

What’s most important, Ms. Cain said, is that children feel that it’s O.K. to be quieter than the typical teen.

“They need the freedom to say, ‘that’s not my thing,’” she said.