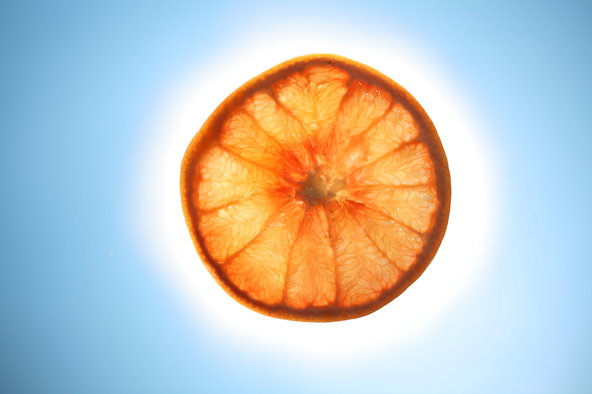 Can you define the word “natural”?

The Food and Drug Administration is certainly trying. Since 2014, the agency has asked the public to weigh in on how the term should be defined and used on food labels — or whether it is even appropriate for the F.D.A. to regulate the use of the word at all. By the time the agency closed its public commenting period on May 10, about 7,600 comments had poured in from consumers, companies, food experts and health and legal authorities.

A spokeswoman for the F.D.A. said that the agency is now reviewing all of those comments. While the process could take months, experts say there is a great sense of urgency. Americans spend more than $40 billion a year on cereals, breads, yogurts, beverages, and other foods identified as “all natural.” Surveys show that consumers seek out the “all natural” label because they believe — wrongly — that it means the food was produced without genetically modified organisms, hormones, pesticides and artificial ingredients.

In fact, more than a hundred class action lawsuits have accused companies of misleading consumers by slapping the words “all natural” on products that contain synthetic, artificial and genetically engineered ingredients. A number of federal judges have urged the F.D.A. to weigh in, saying that they cannot rule on whether companies improperly used the term on their products until the F.D.A. defines what it actually means.

Until now, the F.D.A. has “respectfully declined” judges’ requests. It has mostly referred the public to an informal advisory it published more than two decades ago, which stated that natural means that “nothing artificial or synthetic,” such as color additives, has been added to a food that would not normally be expected to contain it.

But that advisory is not legally enforceable, nor was it intended to address processing methods such as pasteurization and irradiation or, for that matter, genetic engineering.

Among those who have called on the F.D.A. to take a stronger stance on the meaning of the word is Eric T. Schneiderman, the New York State attorney general, who wrote a letter this month urging the agency to adopt a definition that excludes synthetic and artificial ingredients, as well as genetically modified organisms, or G.M.O.s.

Mr. Schneiderman asked the agency to restrict the definition to minimally processed foods like ground nuts and washed salads, or foods that were prepared using traditional techniques like roasting, drying, smoking and fermenting.

Forbidding genetically modified foods to be called natural would be similar to the standards for organic labeling, which are tightly regulated by the United States Department of Agriculture and which exclude G.M.O. foods from carrying the organic certification.

Under Mr. Schneiderman’s definition, “natural” would essentially mean not made by humans, and subjected to little or no processing.

But other experts say it’s not so simple. For decades, countless varieties of crops that ultimately became supermarket staples were created through breeding practices that involved subjecting the crops to radiation to attain favorable genetic mutations — including the ruby red grapefruit, said Michael Jacobson of the Center for Science in the Public Interest, a consumer advocacy group in Washington.

“I think if you ask the average person they would say that ruby red grapefruits are natural,” Dr. Jacobson said. “But ruby red grapefruits were derived decades ago from seeds that had been treated with irradiation. Some people would say that’s human intervention and so it’s not natural. There are plenty of reasons why the natural issue has gotten so messy and why the F.D.A. has run the other way from it.”

To avoid those issues, some argue that the definition should refer only to the post-harvesting period, so that foods that are plucked from the ground or produced by farms and brought to market as is are considered natural, while those that are subjected to extensive processing are not.

All would agree, for example, that an organic peach at a farmer’s market is natural. But what about a peach that is sliced, dried and preserved with citric acid, an organic compound that can be isolated from lemons or made in a factory? What if the peach is sliced and preserved with sugar, and then sold in a can? And what if that sugar is high-fructose corn syrup, or cane sugar from G.M.O. crops?

“Everyone is always going to have their own conception of what is natural,” said Marsha Cohen, a law professor and expert on food law at the University of California, Hastings College of the Law. “The most logical position is to say this word is never going to be meaningful enough to not be misleading to people.”

With so many nuances and thorny questions to address, the F.D.A. could choose to ban the use of the word natural from labels entirely. Food labels have become so crowded with information — nutrition facts, organic certifications, claims about hormones, gluten, whole grains and G.M.O.s — that for many people it is difficult to figure out what to focus on, said Margot Pollans, an expert on food law at the Elisabeth Haub School of Law at Pace University.

After a while, all the label claims can start to seem like white noise. But while “all natural” seems to confuse consumers even further, the F.D.A. is unlikely to forbid its use altogether.

“The problem that the F.D.A. would then encounter is the First Amendment – free speech,” said Ms. Cohen of U.C. Hastings. “The F.D.A. would have a very long road ahead of it to just ban the word completely.”

In the end, that may not be necessary. The fear of litigation has already caused food industry giants like PepsiCo, Frito-Lay, Campbell Soup and others to abandon their use of the word on products, said Jason J. Czarnezki, the executive director of environmental law programs at Pace University. Across the food industry, the number of products claiming to be “natural” fell to roughly 22 percent in 2013 from about 30 percent in 2010.

“I think companies are moving away from words that in some ways might be considered consumer fraud,” Mr. Czarnezki said.

The F.D.A. should nonetheless issue a strict definition of “natural,” he said — one that not only excludes artificial, synthetic and genetically engineered ingredients but that also restricts foods that have a large carbon footprint. Mr. Czarnezki said it is up to the agency to help consumers make sense of all the confusion.

“Even the most educated consumer can’t know what the word means,” he said.