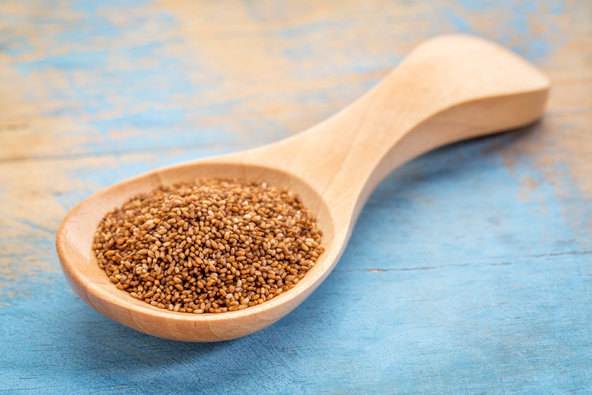 When Laura Ingalls, an avid runner from Boston, found out after a routine blood test that she was iron-deficient, she turned to the kitchen instead of the medicine cabinet: She started eating teff.

A grain the size of a poppy seed that hails from Ethiopia, teff is naturally high in minerals and protein. Ms. Ingalls started baking with it, cooking with it, and using it to make hot cereal with coconut oil. Now she loves it so much that she doesn’t run a race without it.

“Teff is like a runner’s super food,” she said. “It’s great as a pre-race meal. It’s high in iron and it’s a whole grain so it provides a slow release of energy, which is exactly what I need.”

Teff has long been a dietary staple for Ethiopia’s legendary distance runners, like the Olympic gold medalist and world record holder Haile Gebrselassie, who called teff a secret to the success of Ethiopian runners. But now teff is becoming a go-to grain for a growing number of Americans.

Endurance athletes like the grain because it’s naturally high in minerals. People who can’t tolerate gluten use teff as an alternative to wheat. And dietitians recommend teff as a way for Americans to introduce more whole grains into their diets.

The growing interest in teff is part of an increasing consumer desire for so-called ancient grains like farro, quinoa, spelt, amaranth and millet. Health-conscious consumers have been gravitating to these grains because they’re nutrient dense and have not been genetically modified.

Sales of ancient grains have risen steeply in the United States in recent years — teff sales rose 58 percent in 2014, according to a report last year by Packaged Facts, a market research firm. Teff has been used commercially in everything from pasta to protein bars and pancake mix.

Julie Lanford, a registered dietitian who teaches nutrition classes to cancer survivors in North Carolina, said she often recommends teff because most Americans consume wheat as their only whole grain. Every plant has a unique assortment of nutrients, and by eating different grains, “you get a variety of different nutrients,” she said.

At home, Ms. Lanford substitutes teff when she makes grits and a version of cream of wheat. She also makes teff porridge with dates and honey for breakfast.

But as teff finds its way into American kitchens, farmers a world away in East Africa are watching with reservations. 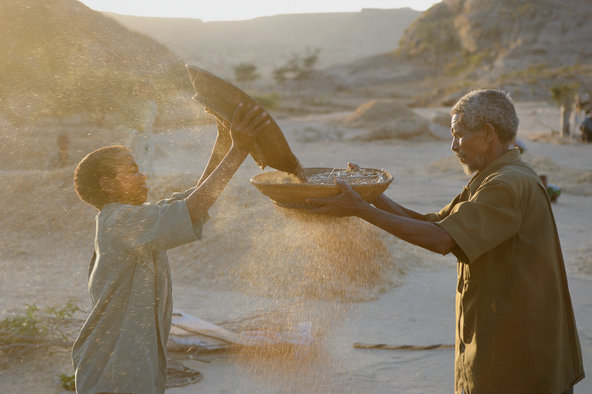 Teff was first domesticated in Ethiopia more than 3,000 years ago, and today it is the most widely planted crop in the country. About 6.5 million Ethiopian households grow teff, which accounts for nearly 15 percent of all calories consumed in the country – much of it in the form of injera, a tart, spongy flatbread that is served with most meals. More than 90 percent of the world’s teff is grown in Ethiopia.

But most of the teff consumed in North America, Europe and other parts of the world is grown in places like Idaho, the Netherlands, Australia and India. That’s because the Ethiopian government mostly forbids its farmers from exporting teff in a bid to keep the grain affordable at home.

The government imposed the export ban, in part, because of what happened to quinoa, another ancient grain that earned international “super-food” status about 15 years ago. Quinoa was a dietary staple in countries like Bolivia and Peru for centuries. But as the international appetite for it grew, there were media reports that it had become too pricey for many South Americans, including those who depend on it as part of their traditional diets.

Khalid Bomba, the chief executive of Ethiopia’s Agricultural Transformation Agency, which oversees the country’s teff production, said Ethiopia is trying to protect its domestic supply of teff as international interest in it grows.

“We don’t want to be in a situation similar to Latin America where they started exporting quinoa and then all of a sudden the local population couldn’t afford it,” he said. “We’ve learned the lesson of quinoa, and that’s just not going to happen in Ethiopia.”

About five years ago, the agricultural agency introduced a program to help millions of Ethiopian farmers increase their production of teff, teaching them to plant it in rows and to use better and fewer seeds to obtain a higher yield. As a result of the program the country has increased its nationwide production of teff by roughly 40 percent, creating a surplus. Mr. Bomba said Ethiopia is now “dipping its toe” in the international market: The government recently started a pilot program that allows a small number of commercial farmers to export teff to America and other countries.

But the government is allowing exports only of teff products like flour and injera – not the raw grain itself – so it can keep manufacturing jobs in Ethiopia.

“We want to create jobs here rather than export raw teff and have Europeans and Americans process it into flour and create a higher value market,” he said. “We’d rather do as much of that as possible here in Ethiopia.”

The Ethiopian government hopes to make teff a protected brand much like another one of its prized commodities, coffee, which also originated in Ethiopia. The country grows and exports a variety of trademarked coffee beans, each of which has its own distinct flavor and appearance – as does teff, which can be black, brown or ivory in color and range in taste from bitter to somewhat sweet.

Some research suggests that a diet that includes regular servings of teff may be good for you. Scientists have been intrigued by teff for a while. It has more calcium and vitamin C than almost any other grain. It is high in protein and iron, and much of its fiber is a type known as resistant starch, which has been linked in studies to health benefits such as improved blood sugar.

One study of 1,800 people with celiac disease found that those who regularly ate teff reported a significant reduction in symptoms. Another study led by scientists at Manchester Metropolitan University in England found that female runners with low iron levels who were assigned to consume bread made from teff every day for six weeks had improvements in their iron levels.

The study’s lead author, Dr. Ieva Alaunyte, a registered nutritionist and former competitive runner, said she designed the study because iron deficiencies are especially common among female runners and endurance athletes and teff seemed like a good dietary solution.

“If someone wants to increase their iron levels through diet then I would try to incorporate teff,” she said.

A small number of food start-ups like Love Grain, a company based in San Francisco, are trying to incorporate teff into everyday American foods. Last year the company introduced a line of gluten-free pancake mixes made from teff, which sold out quickly. Now the company is working on introducing a line of high-protein, teff-based tortilla chips next year.

Aleem Ahmed, the founder of the company, said teff is appealing to Americans looking for healthier food options, but that they want it incorporated into foods that feel familiar to them.

“I think if we can turn teff into things like bars, chips, pastas, crackers and cereals, then the market for it could be really big here,” he said. “There’s a lot of room to be creative with teff because it’s such a versatile grain.”

Oatmeal and Teff With Cinnamon and Dried Fruit