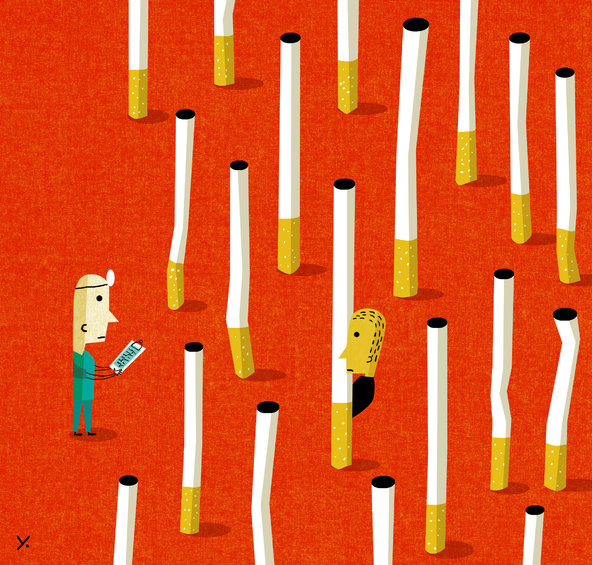 The substance user and the hospital are bound by the most ambivalent of relationships. Heavy users — of tobacco, alcohol or harder drugs — see far more of the wards than the average citizen and, it is safe to say, like them even less.

They need hospitals. They hate hospitals. Hospitals make them well and sick at the same time. We are their doctors and nurses, their parents, their arresting officers, parole officers, judge and jury. Needless to say, we are not trained for the last five roles, nor are we particularly good at them.

A single principle guides us: You cannot use your drug of choice on our premises, no matter how much you may need it and prefer it to our proffered alternatives. Around that immutable core swirl large clouds of negotiation, compromise, duplicity, manipulation and general misery for all involved.

On some days it seems as if we spend all our energies managing not the conditions we are trained to manage but the addictions that complicate them.

One patient is tying his shoes as we make our rounds in the morning, and tells us cheerfully that he is going out for a smoke. He’ll be right back. We inform him, not without sympathy, that in our hospital smoking breaks are not allowed. If he leaves for even half an hour he will officially be considered discharged. His bed will be given to someone else, and to resume his medical care, he will have to go back to the emergency room and start the cycle all over again.

We propose a nicotine patch instead, but the nurses have already given him a patch, to no effect. Few other compromises are possible between the smoke-free hospital and the hard-core, implacable smoker. The discussion grows heated. We wind up discharging him on the spot, just a little sooner than we had in mind.

The patient in the next room has been in the bathroom for almost an hour. We need to examine him. We knock on the bathroom door. He yells out that he’s fine.

When he finally drifts out, drowsily readjusting the dressing covering the intravenous line in his arm, he doesn’t look fine. He looks as high as a kite, and come to think of it, the two visitors lounging by his bed do, too. We sigh. No easy compromises will be possible for him.

It was back in the 1980s that most American hospitals became officially smoke-free (and cigarette butts began accumulating in stairwells and side exits). The big exceptions were the V.A. hospitals: In fact, theVeterans Health Care Act of 1992 specifically required V.A. facilities to establish designated smoking areas for clients. In 2008, those areas were all moved outdoors, and most V.A. hospitals still have them.

This policy has been bitterly criticized as the worst kind of tobacco industry manipulation, but it does serve a useful function: It allows medical care to proceed without major interruption. Granted, that care is often for tobacco-related conditions, a cycle that strikes some observers as a common-sense, harm-reduction approach to the real world, and others as completely insane.

Still, smokers pose fewer challenges than intravenous drug users, like that young man who wandered out of his bathroom to face our interrogation. He has an infected heart valve, and is receiving high doses of antibiotics through an intravenous line in his arm, a portal to his bloodstream that is apparently proving too tempting for him to ignore.

He needs antibiotic treatment, and we have no oral options for him. Among other considerations, if his guests keep providing him with substances to shoot into that line, it may well become infected and unusable, and he will get even sicker than he is.

He promises never to do it again.

So now what? We have a set of programmed responses, none particularly satisfying or effective.

We can give him some methadone to keep him from withdrawing. We can screen his visitors or post a watcher at his bedside. Some hospitals transfer patients like him to an expensive intensive care bed for even more careful monitoring. Some make contracts and threaten to kick patients out for violations. (Can we really kick them out, as desperately sick as they are? I’ve never actually seen that happen.)

Addiction experts point out that hospitalizations offer an excellent opportunity to urge addicts into treatment. Unfortunately, inpatient acute care hospital wards are spectacularly ill equipped to provide that treatment, which would require a specially trained, dedicated team of medical and mental health professionals able to treat infection and addiction at the same time, in the same bed, on the same premises. It doesn’t sound like a particularly expensive proposition, but it must be one, because it’s another thing I’ve never seen happen.

Instead, we routinely plan for patients to be transferred to drug treatment programs when they are discharged. Quite a few don’t last that long. Our patient will prove to be one of them: After a few more days, he will suddenly be gone, well enough to walk out of the hospital (and take his intravenous line with him).

Presumably, he will try to make it out in the world until he gets too sick and lands in another hospital, where events will repeat themselves in yet another baffling health care cycle.