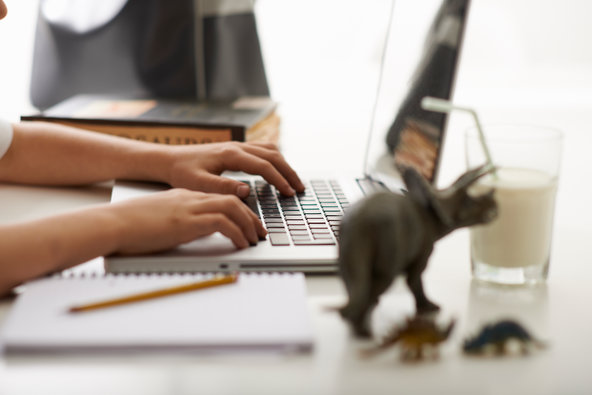 I really didn’t think my two fourth graders could complete their homework assignment on their own: Prepare a five-minute-long speech from a biography, to be delivered, not read, from notes on index cards, in costume and in character and with at least one prop. An impossible task for a 10-year-old, I thought, as I braced for the battle that would surely be involved in dragging them both through the project.

But life intervened. I had to travel for work and take care of issues involving their older brother and sister. My husband was tied up as well. We offered a little redirection to one child early on, a little last-minute glue-gun assistance to the other, and a whole lot of soothing and apologies throughout to two children who didn’t think they could do it on their own, either.

But we were all wrong. They did fine.

“I hear this time and time again from parents,” said Julie Lythcott-Haims, a former dean of freshmen at Stanford University and the author of “How to Raise an Adult: Break Free of the Overparenting Trap and Prepare Your Kid for Success.” “It’s daring to step back and actually understand what your kids can do without your being present,” she said, especially when the children are clamoring for you to step in instead.

My soothing messages were fine, she said, but my apologies for being unavailable were unnecessary. “Take an interest,” she said, when they ask for help. “You can help them interpret instructions, you can help them procure materials, but when they’re turning to you and saying, ‘I can’t, I don’t know,’ you have to say, ‘Yes you can. This is the homework assigned, your teacher thinks you can do it, and I do too.’”

“You’re looking for evidence that while it’s out of their comfort zone, it’s not completely out of their capacity zone,” said Madeline Levine, a clinical psychologist and the author, most recently, of “Teach Your Children Well: Parenting for Authentic Success.” If you, as a parent, catch yourself classifying an assignment as impossible rather than challenging, and getting ready to don your superhero cape and leap in, “break it down into chunks,” Dr. Levine said.

“It does mean tolerating not only your own anxiety, but your kid’s anxiety,” she said. Putting all of those skills together was just enough outside of what she called my children’s “safe zone” to make us all nervous, but it was exactly that challenge that their fourth-grade teacher felt they were ready to meet.

It would have been so easy, so justifiable, to involve myself more, and under different circumstances, I would have. After my unintentional hands-off approach, I am questioning my own judgment on when my help is really necessary, and when it’s only in the service of smoothing a path that should stay a little rough.

I still have no idea what facts my youngest son chose to convey about the life of Theodor Geisel, better known as Dr. Seuss, although I do know that I could not personally read his illegible notecards. My daughter presented her final speech on Elizabeth Blackwell, the first woman to graduate from medical school, to me when I came home late the night before it was due. Had I helped, the report would have been more about Dr. Blackwell and less about Ginger and Blackie, the horses she had during her childhood. (I wisely refrained from suggesting changes at that point.)

The challenge, said Ms. Lythcott-Haims, is to trust that our children are both capable and motivated. “We can be so beautifully surprised at how our kids step in, step forward, and really claim that agency and responsibility in their own lives,” she said.

And if they don’t? “We act as if it’s all make or break for their future, and we need to be involved, to make sure,” she said. “What’s the worst thing that can happen if you don’t intervene?”

Let the teacher be the teacher, she said. Let the student be the student. And let the learning happen. You’ve already been through fourth grade.