“Always look for the helpers.” This quote from Fred Rogers, the beloved television personality, reflects his mother’s advice that he always seek out those trying to help after a tragedy; the “helpers” were, he said, a sign of hope. After 9/11, his words were widely cited, and many parents found them useful as they struggled to present the upsetting news of the fallen towers to their children.

Given the language and images many children heard and saw in news reports about the violent protests in Charlottesville, Va. over the weekend, these children’s books about people — including kids — who helped in the fight against Nazis and against racism here in the U.S. may prove similarly inspiring. 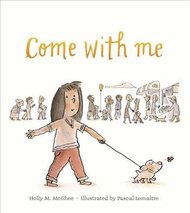 This lovely picture book, set to be published in early September but available for pre-order, offers smaller children a gentle, encouraging, age-appropriate response to disturbing news reports. A little girl is saddened by something she sees on the news — the details are, wisely, never specified. Her parents help her to feel better by going out into the world without fear, being polite and respectful to strangers and shopping at stores with goods from all over the world. When she wonders, “What can I do to help?” She is told, “You can go on.” And so she does, bravely taking the dog out for a walk with a friend.

WATCH the book’s creators discuss the book’s message and how it came together. 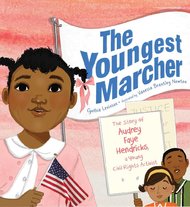 This picture book about Audrey Faye Hendricks, a 9-year-old girl who marched in Dr. Martin Luther King’s Children’s March and was jailed for a week, shows how one child overcame fear and joined in the fight for justice. In my original review, I wrote, “Levinson and Newton keep her story bright and snappy, emphasizing the girl’s eagerness to make a difference and her proud place in her community.”

WATCH Vanessa Brantley Newton recreate the art and talk about the book. 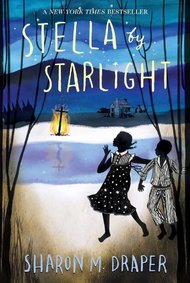 Set in the 1930s American South, this novel opens with a young African American girl stumbling upon a Ku Klux Klan rally. The rest of the book follows a community rallying to fight the hatred in their midst: “It’s not single acts of heroism but the solidarity of the community, people’s ability to come together both in times of need and to celebrate occasions for joy, that is most moving and inspiring,” said our reviewer, Holly Goldberg Sloan. 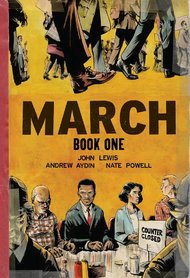 In this celebrated three-part graphic memoir John Lewis, the Georgia congressman and civil rights icon, worked with the writer Andrew Aydin and the artist Nate Powell to recount his coming-of-age during the civil rights movement of the 1960s. In line with the title, the books describe the march in Selma, Ala. which came to be known as “Bloody Sunday” after state troopers viciously attacked the nonviolent protesters. The series serves both as reminder and guide for a new generation of activists. Julian Lucas, our reviewer of Volume 3, which won a 2016 National Book Award, said the volumes “aren’t just a record of Lewis’s activisim but one of its brilliant examples.” 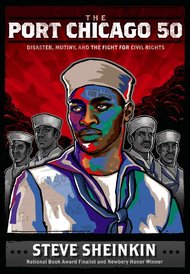 On July 17, 1944, 320 people — mostly African-American servicemen — were killed when ammunition being loaded onto two ships exploded. It was dangerous work, and primarily black sailors were stuck with the job. Soon after the accident, the surviving men were moved to another port and made to begin loading ammunition again, but many refused. In this engaging and impressively researched book, the writer uses eyewitness accounts and original documents to tell the story of the 50 African-American sailors who were convicted of mutiny for their refusal. “Young adult readers are likely to be shocked by Sheinkin’s portrayal of institutional racism in 1940s America,” our reviewer, Sarah Harrison Smith, wrote. And yet this riveting book is a reminder of the long American tradition of standing up to power when it is used for unjust ends.


The Fight Against Anti-Semitism and Nazis 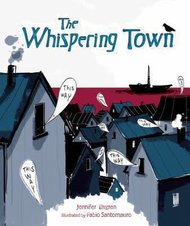 This picture book with a graphic novel sensibility tells the story of a young girl, Anett, whose family is harboring Jewish refugees in a Danish fishing village. Anett brings food to the mother and child hidden in her cellar, and helps guide them to boats on one moonless night. The title is derived from her suggestion that the whole town whisper directions to the pair to ensure they don’t get lost. Though the book was originally suggested for the 7 to 11 age range, our reviewer, Elizabeth Wein, said it felt appropriate as an introduction to the Holocaust for younger children. 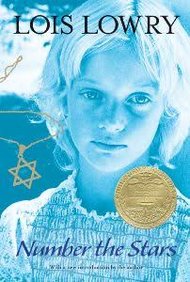 This Newbury Medal-winning novel, told from the perspective of 10-year-old Annemarie Johansen, tells the story of the Jews who escaped certain death in Denmark in 1943. When word gets out that the Nazis intend to round up all the Jewish people in the country, Annemarie and her family save her best friend, Ellen Rosen, by pretending she is Annemarie’s sister and helping her make it to a fishing boat that will bring her and her family to safety in neutral Sweden. It’s a novel grounded in dark historical truth and yet full of hope. 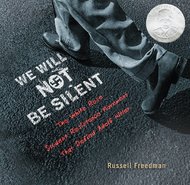 WE WILL NOT BE SILENT
The White Rose Student Resistance Movement that Defied Adolph Hitler
By Russell Freedman
112 pp. Clarion. $17.99 (Ages 10-14)

This nonfiction account, aided by many archival photos and materials, tells the story of the German teenagers who banded together to fight secretly against the Nazis, rallying their fellow citizens by writing and distributing thousands of leaflets denouncing Nazi atrocities. “We are your bad conscience,” they said to the Nazi leaders. Freedman tells their story of resisting with words effectively and concisely.