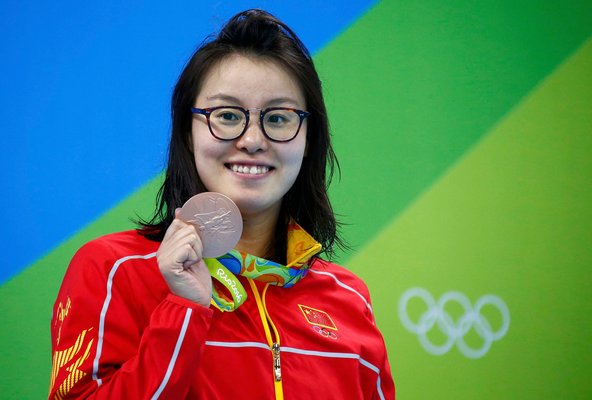 Fu Yuanhui of China poses with her medalCredit David Gray/Reuters

When the outspoken Chinese swimmer Fu Yuanhui casually told reporters at the Olympics that she was suffering from period pain during a swimming relay, her comments raised eyebrows and lit up Twitter.

While the swimmer was both widely praised and mildly rebuked for openly speaking about her period, it was a rare public acknowledgement of a topic that is much discussed in private among female athletes. Does a woman’s menstrual cycle affect her performance as an athlete?

It’s an issue that is only beginning to be rigorously studied by science. Menstruation is never absent from the many sports in which women compete, but for the most part it has remained a taboo topic.

“It’s this completely natural process that affects half of the world’s population and is certainly having an effect on many of the athletes there in Rio,” said Deborah Slaner Larkin, the chief executive of the Women’s Sports Foundation, an organization that promotes women’s participation in athletics. “Why shouldn’t we talk about it? None of us would be here if it didn’t happen.”

For the past several years, Lynn Rogers, the director of the Neuralplasticity Laboratory at the Rehabilitation Institute of Chicago and her collaborators have been studying the potential impacts of hormonal changes across the menstrual cycle on women’s muscles, other soft tissues and nervous systems.

There is some suggestive evidence, Dr. Rogers says, that women may have a higher risk of tissue injuries, especially tears of the anterior cruciate ligament in the knee, at certain points in the menstrual cycle. When researchers have examined insurance records related to A.C.L. surgeries, she says, they have found that women tend to be more likely to experience the injury in the first half of their menstrual cycle, especially as they approach ovulation.

Susceptibility to tissue injuries may be due in part to changing levels of estrogen and progesterone, the two main hormones involved in reproduction, throughout the menstrual cycle. Dr. Rogers, who also is an assistant professor at Northwestern University’s Feinberg School of Medicine, and other scientists suspect that these hormones and their fluctuations may subtly alter the efficiency with which the neurons communicate with the muscles, ligaments and other tissues that make the body move.

One of the group’s earliest studies, published in 2014, found that certain leg muscles in fit, young women became very slightly more lax early in the women’s menstrual cycles, when estrogen levels were relatively high. In effect, the muscles were not quite as responsive to messages from the nervous system as they were later in the cycle, a situation that theoretically could result in slightly dulled reflexes and, potentially, a higher risk for injuries.

But that study was small and raised more questions about how the menstrual cycle might affect physical performance than it answered, Dr. Rogers says. It did not show, for example, whether the muscles and related tissues were actually physiologically altered by changes in hormones, or if the changes principally occurred only within the nervous system, especially the brain, affecting how it transmitted messages to the muscles.

Dr. Rogers and her collaborators are about to undertake an ambitious series of experiments to explore some of those issues, she says. But results will likely not be available for years.

In the meantime, she says, it is not unreasonable for female athletes, coaches and trainers in sports that involve jumping, cutting and other sudden movements known to stress knees to take into account a woman’s menstrual cycle.

“Maybe do fewer cutting drills in the first half” of the cycle, when estrogen levels are peaking, Dr. Rogers says. Instead, coaches might want to concentrate those drills, particularly if they are repeated and intense, after menses, when “progesterone is higher,” Dr. Rogers says, “since the indications are that progesterone can be protective” against knee injuries.

Interestingly, her advice to endurance athletes about how to match their training and racing to their menstrual cycles would be almost exactly inverted, she says, based on what scientists know at this point. “The available research, such as there is,” she says, suggests that “progesterone can alter the body’s fuel metabolism and its ability to handle heat,” she says, meaning that women will probably feel hotter and more fatigued during prolonged exercise in the second half of their menstrual cycles, when progesterone levels rise, than before menses, when progesterone is low.

A 2005 study, one of the few to carefully track women’s physical performance throughout their menstrual cycles, found that both trained athletes and healthy but untrained women rode slightly faster during a cycling time trial on the days just before ovulation, when their estrogen levels were high and their progesterone dampened, than at any other point during their cycles. But the performance gain was so slim that it was not statistically significant.

Taken as a whole, the few scientific studies that have focused on women, sports and menstruation indicate that, while a woman’s body will change during her monthly cycle, her performance is unlikely to be dramatically enhanced or weakened.

Even cramping has not been shown to impair athletic performance.

But many aspects of athletic performance and the reproductive cycle remain almost completely unexplored scientifically. Many questions remain, for example, about why some female athletes, especially those in endurance events such as distance running, develop irregular periods and if such disruptions could have any long-term impacts on fertility, although plenty of distance runners have become pregnant.

Some female athletes have begun to manipulate their periods. “My daughter, who is 17, went on the pill to help make her periods lighter and more predictable,” the mother of an elite Colorado ski racer told me. “Her doctor told her that she can skip four periods a year, which she reserves for ski races.”

Whether such interventions are advisable or athletically effective is still unknown. Advocates of women’s sports hope that Ms. Fu’s declaration that she was menstruating during the Olympics can help spur discussion and funding to research the issue.

“The available research at the moment” related to athletes and menstruation “is woefully inadequate,” Dr. Rogers says.