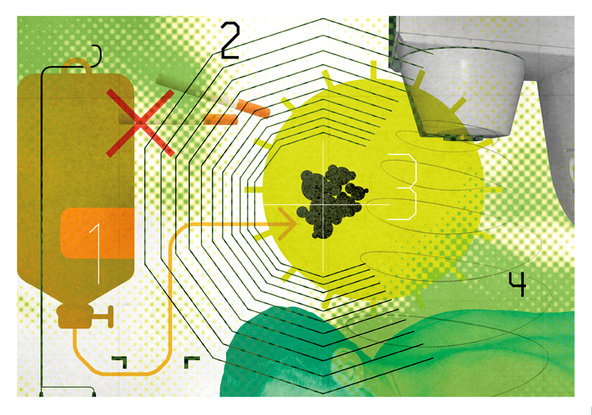 Your appointment is at 2:00 on a Tuesday afternoon. It’s your first visit to the cancer center. You’re probably wondering what we are going to say to you. A tumor was recently detected in your left lung and has spread to your bones and liver. A biopsy was performed.

We’re meeting you for the first time, soon after your primary care doctor, or surgeon, has sat down with you, or called, to tell you some terrible news: You have cancer.

We are the oncologists, and we want to help. We want to discuss your diagnosis, what it means and what the options are for treatment. We’d like to give you a clear map of what your life might look like over the next few months as we fight along with you to minimize the amount of this awfulness, even if temporarily, from your body. We want to answer all of your questions.

But one of the biggest problems we face is that we often can’t figure out what our patients would like to know about their prognosis.

Even when we ask.

Spoiler alert: Despite all the exciting stories about progress against cancer that you’ve heard about in the news, there is no cure for most types of cancer once they have spread to other organs. On average, people with lung cancer like yours that has metastasized live another 18 months.

How much of this do you want to know?

It’s a lot to take in. Two months ago you felt fine, and now you have a life expectancy of one to two years. It’s probably the worst news you’ve ever been told. Next year is your 20th wedding anniversary, and your two teenage children don’t even know yet that you are sick. So in many ways, our lament is completely unfair – it’s on us to determine the right time to discuss prognosis.

What can we do to help?

We have all the facts at our fingertips: average survival; likelihood of being alive in five or 10 years; likelihood that chemotherapy will work; and even how long it might work. We will try to put the information in context, adjusting it for your particular situation, and be sure to emphasize that the data were developed in a specific population of patients and may not apply to you as an individual.

Oh, did you not want to hear numbers?

We can roll with that.

We can speak in generalities. We can use phrases such as “likely to be effective” or “most of the time.” We can say, “some people” or “live for years.” Or months.

If that’s what you’d like. But what we don’t want is to be one of “those” doctors.

You know what we mean. The doctors who never talk to their patients about likely outcomes, or life expectancy, and who don’t prepare them for the inevitable. One of us conducted a study in 348 patients with bone marrow cancers in which 35 percent of those patients reported never having discussed prognosis with their doctors. In another study, 74 percent of a similar group of patients estimated their chance for cure to be greater than 50 percent, while their doctors estimated the chance for cure in that same set of patients to be less than 10 percent.

We will do anything to avoid your returning to us with the regret, “I didn’t have time to plan.” Or your widow writing a letter to castigate us with “You never warned me.”

We want to give you time. We want to warn you. Sometimes we advise you to talk to your children’s teachers so that they know there is a crisis at home. Or to put your affairs in order. But often, we just can’t figure out what you want to hear.

And we get it. We would be just as blown away at a cancer diagnosis, and would have just as much difficulty processing all of the information. When we look into your face and really try to connect with you, to read your emotions, we often see fear. And sadness. And regret. And disbelief. And sometimes hopelessness.

We want to give you hope.

At the very least, we don’t want to dash your hopes. We’ll focus on the positives, the best-case scenarios. We’ll tell stories about some of our superstar patients, the poster children for cancer survival, the ones who ignored the statistics and have lived to brag about it.

But we need to place that hope in the staid court of likelihoods. After all, we aren’t hucksters. This balance, between hope and honesty, remains an uneasy truce in medicine. We want you to believe us, to trust us. We recognize that, in some ways, you are placing that most precious of possessions, your own life, in our hands. And we view this as a sacred bond: We will earn your trust by always speaking the truth, though not necessarily all of it.

The inescapable fact is that a tragedy is unfolding and we’re the bearer of the news. A life will be cut down prematurely, young children will be left without one of their parents, a spouse will be left on his or her own. It’s unfair and we can’t stop it. We wish we had more to offer and believe us, the enormity of the tragedy often makes us weep. And yet, our sadness probably doesn’t help you.

So please tell us. How much would you like to know?

Dr. Timothy Gilligan is the director of coaching, Center for Excellence in Healthcare Communication, at the Cleveland Clinic.