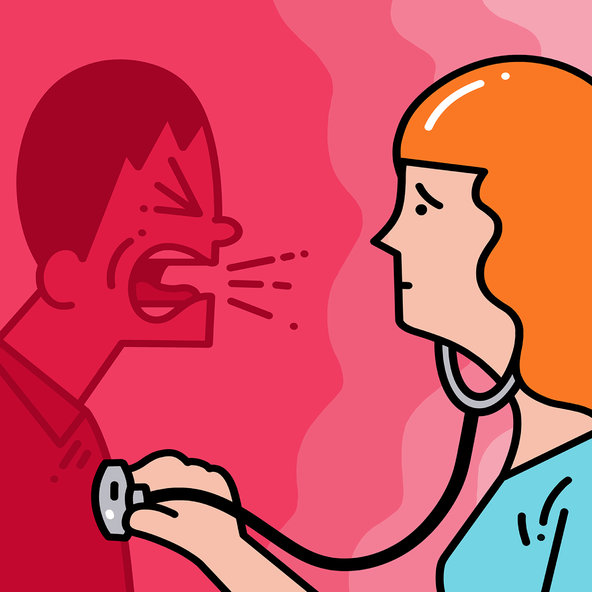 Emotions are known to influence health, especially when they are negative or intensely felt. Chronically angry, sad, frustrated or fearful people tend to become chronically unwell, though which emotions go with which conditions has not received much scrutiny in recent years. A new look at old research from a long-term study of married couples, however, has found some striking correlations, according to an article that appeared in the journal Emotion in May.

In the 1980s, researchers at the University of California, Berkeley, invited heterosexual couples who had been married for at least 15 years to recreate in the lab some of the ups and downs of intimacy. First the spouses talked to each other for 15 minutes about their day; for the next 15 minutes, they were directed to rehash an area of ongoing contention in their relationship — in effect, pressed to argue, which they did. “We just pushed the right buttons,” says Robert Levenson, a professor of psychology at Berkeley and the senior author of the new study. The resulting spats were followed by 15 minutes of dispassionate, general discussion. All interactions were inconspicuously recorded on video. The subjects also completed detailed questionnaires about their health. Every five years since then, for at least two decades, the couples have returned to the lab and repeated everything.

This experiment has produced a wealth of data for studies on long-term marriage and well-being, but the recent Emotion study marked the first time researchers (from Berkeley and elsewhere) examined subjects’ facial expressions and voices while they bickered. The researchers then compared emotional signals during arguments — when someone is angry, for instance, his or her eyebrows lower, eyes widen, lips compress and voice crescendos — with the health questionnaires. Spouses, especially husbands, who seethed with anger while arguing were much more likely to later report symptoms of cardiac problems, like chest pain or high blood pressure, than calmer spouses; those who stonewalled were more prone than others to develop muscular problems, like back or neck pain. These associations were highly specific. Angry spouses rarely developed back pain, stonewallers rarely reported cardiac symptoms and people whose main response to conflict was sadness or fear did not report many cardiac or musculoskeletal problems at all.

The results make physiological sense, Levenson says: Anger, for example, raises pulse rates and causes other biological reactions that tax the heart over time. Of course, an observational study like this doesn’t prove that emotions cause health problems or that other factors, like genetics, aren’t more influential. But it might be broadly helpful. “We’ve known that people in bad marriages are often unhealthy,” Levenson says, but we’ve been unable to predict particular health outcomes. Now, perhaps, we can. If your arguments often escalate to hollering, you might consider a checkup with a cardiologist.