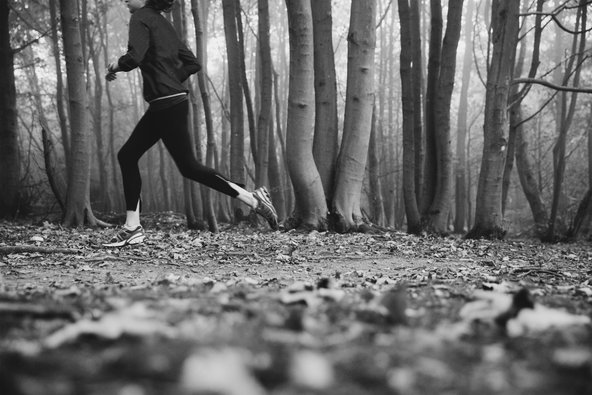 The relationship between exercise and cancer has long both intrigued and puzzled oncologists and exercise physiologists.

Exercise is strongly associated with lowered risks for many types of cancer. In epidemiological studies, people who regularly exercise generally prove to be much less likely to develop or die from the disease than people who do not. At the same time, exercise involves biological stress, which typically leads to a short-term increase in inflammation throughout the body. Inflammation can contribute to elevated risks for many cancers.

Now, a new study in mice may offer some clues into the exercise-cancer paradox. It suggests that exercise may change how the immune system deals with cancer by boosting adrenaline, certain immune cells and other chemicals that, together, can reduce the severity of cancer or fight it off altogether.

To try to better understand how exercise can both elevate inflammation and simultaneously protect the body against cancer, scientists at the University of Copenhagen in Denmark and other institutions decided to closely examine what happens inside mice at high risk for the disease.

So, for the new study, which was published this month in Cell Metabolism, they began by gathering a group of adult lab mice. These animals generally like to run.

The scientists then implanted melanoma skin cancer cells into the mice before providing half of them with running wheels in their cages while the other animals remained sedentary. After four weeks, far fewer of the runners had developed full-blown melanoma than the sedentary mice and those that had been diagnosed with the disease showed fewer and smaller lesions. They also were less prone to metastases, even if scientists injected some of the cancer cells into their lungs to stimulate metastases.

In effect, running seemed to have at least partially inoculated the mice against the cancer.

Next, the scientists undertook the far more challenging task of reverse-engineering the process by which exercise might be helping to fight off the tumors. To start, they drew blood from both the exercising and sedentary animals and cells from any tumors in both groups. Then they looked microscopically at how the various samples were different.

As expected, they found much higher levels of the hormone adrenaline in the blood of the exercising animals, especially right after they had been working out on the wheels but also at other times of the day. The body releases adrenaline in response to almost any type of stressful experience, including exercise.

They also found higher levels of interleukin-6 in the blood of the runners. This is a substance that is released by working muscles and is believed to both increase and decrease inflammation in the body capriciously, depending on where and how it goes to work.

Perhaps most important, they found much higher numbers in the bloodstreams of runners than in the sedentary mice of a type of immune cell named natural killer cells that are known to be potent cancer fighters.

Somehow, the scientists speculated, these elements in the runners — their elevated adrenaline, IL-6, and natural killer immune cells and their lower cancer risk — must be entwined, but it wasn’t clear how.

So the scientists repeated their original experiment multiple times, inducing cancer while allowing some mice to run and others to sit. But in some of these follow-up experiments, they injected the runners with a substance that blocked the production of adrenaline and gave sedentary animals large doses of added adrenaline.

Then they again looked at the animals’ blood and other cells.

More remarkably, by studying the action of various genes within the cells of the mice, the scientists determined that adrenaline seemed to be sending biochemical signals to some of the animals’ IL-6 cells, making them physiologically more alert, so that when a tumor began to develop in the affected animal, those IL-6 cells in turn activated the natural killer cells in the bloodstream and actually directed them to the tumors, like minute guide fish.

Because the runners’ blood generally contained more adrenaline, more IL-6, and more natural killer cells than did the blood of the sedentary mice, this process was intensified. A larger number of natural killer cells were directed to tumors in the runners, allowing their immune systems, it seems, to more effectively combat the malignancy.

With these results, “we show that voluntary wheel running in mice can reduce the growth of tumors, and we have identified an exercise-dependent mobilization of natural killer cells as the underlying cause of this protection,” said Pernille Hojman, a researcher at the University of Copenhagen who oversaw the new study.

But mice, obviously, are not people, and it is impossible to know from this study whether a similar process occurs in humans, although exercise, particularly moderately intense exercise such as jogging, has been shown to increase adrenaline and the production of natural killer immune cells in people, Dr. Hojman said.

“So the mechanisms,” she said, that seemed to partially protect the running mice in this study from malignancies, “can also happen in people,” perhaps providing one more incentive, if we still need it, to get up and move.