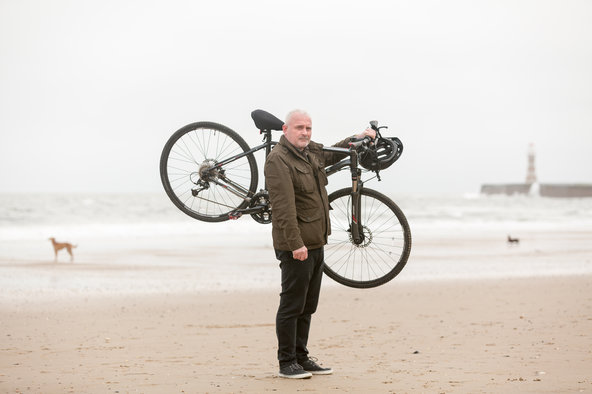 Allan Tutty, who reversed his own type 2 diabetes, photographed on Seaburn Beach in his home town of Sunderland, Great Britain.Credit Robert Ormerod for The New York Times

Many experts believe Type 2 diabetes is an incurable disease that gets worse with time. But new research raises the tantalizing possibility that drastic changes in diet may reverse the disease in some people.

Recently, a small clinical trial in England studied the effects of a strict liquid diet on 30 people who had lived with Type 2 diabetes for up to 23 years. Nearly half of those studied had a remission that lasted six months after the diet was over. While the study was small, the finding offers hope to millions who have been told they must live with the intractable disease.

“This is a radical change in our understanding of Type 2 diabetes,” said Dr. Roy Taylor, a professor at Newcastle University in England and the study’s senior author. “If we can get across the message that ‘yes, this is a reversible disease — that you will have no more diabetes medications, no more sitting in doctors’ rooms, no more excess health charges’ — that is enormously motivating.”

It is not the first time that people have reversed type 2 diabetes by losing a lot of weight shortly after a diagnosis. Studies have also shown that obese individuals who have bariatric surgery frequently see the condition vanish even before they lose very much weight.

But the new study, published in Diabetes Care, proved the reversal after diet can persist for at least half a year as long as patients keep weight off, and can occur in people who have had the disease for many years.

The researchers followed the participants after they had completed an eight-week low-calorie-milkshake diet and returned to normal eating. Six months later, those who had gone into remission immediately after the diet were still diabetes-free. Though most of those who reversed the disease had had it for less than four years, some had been diabetic for more than eight years. 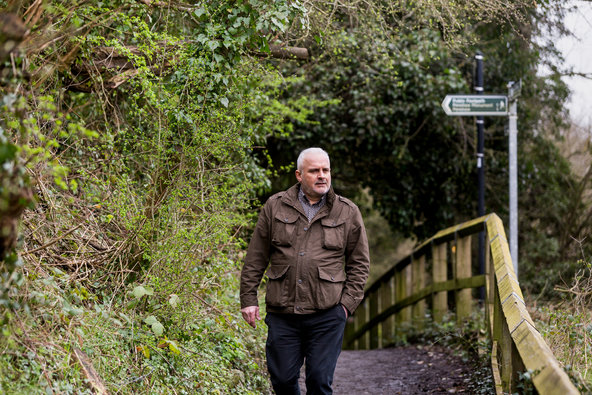 When Allan Tutty, 57, learned five years ago that he had Type 2 diabetes, he asked health care providers if there was a cure. “It was a case of, look, you’ve got it, deal with it, there’s no cure,” said Mr. Tutty, who manages a home for people with brain injuries in Newcastle.

Later, Mr. Tutty spotted a notice recruiting volunteers for a diabetes study that asked, “Would you like the opportunity to reverse your condition?”

Mr. Tutty said he jumped at the chance, becoming one of 30 men and women ages 25 to 80 to sign up. Mr. Tutty was one of 13 participants whose fasting plasma glucose dropped, and during the six-month follow-up remained below the seven millimole per liter (or 126 milligrams per deciliter) that defines diabetes. Although Mr. Tutty completed the study nearly three years ago, his fasting blood sugars continue to range from 5.2 to 5.6 mmol/L, he said.

Type 2 diabetes develops when the body cannot use insulin properly or make enough insulin, so the body cannot properly use or store glucose (a form of sugar) and sugar backs up into the bloodstream, raising blood sugar levels. In the United States, some 8.9 percent of adults 20 and older have been found to have diabetes, and health officials estimate that another 3.5 percent have undiagnosed diabetes.

Although no one knows exactly why the diet appeared to reverse diabetes, Dr. Taylor said the explanation may be related to how the body stores fat. Excess fat in the liver can spill into the pancreas, inhibiting insulin secretion and the liver’s response to insulin, resulting in insulin resistance and diabetes.

Going on a very-low-calorie diet may allow the body to use up fat from the liver, causing fat levels to drop in the pancreas as well. That “wakes up” the insulin-producing cells in the pancreas, normalizing blood glucose levels.

While some previous studies have shown that blood sugars can normalize after significant weight loss, endocrinologists said they were impressed by the persistence of the lower blood sugar levels for months after the diet.

“Decreasing caloric intake for any reason brings with it a rapid improvement in glucose control,” said Dr. Robert Lash, the chairman of the Endocrine Society’s clinical affairs committee and a professor of internal medicine at the University of Michigan. “What’s exciting here is that the improvements in glucose control persisted when the participants went back to eating a diet with a normal number of calories.”

While the research suggests the potential for a cure, questions remain about how long the effect will last and whether it can work for the typical patient with diabetes.

“It’s definitely doable,” said Dr. George King, the chief scientific officer at Joslin Diabetes Center and a professor at Harvard Medical School. The question, he said, is: Can people maintain the weight loss and “continue to have this reversal for many, many years?”

“That is the difficult part,” he added.

Dr. King said that even short-term remission would reduce or put off some of the serious complications associated with diabetes, like nerve damage, kidney damage, loss of vision, heart attacks and strokes. Yet structured weight loss programs are expensive and often not covered by insurance, and physicians — who are often not well-versed in nutrition — may not take the time to counsel patients about diet, Dr. King said.

The participants in the Newcastle trial, who ranged from overweight to extremely obese, were told to stop their diabetes medications and start a 600- to 700-calorie-a-day diet, consisting of three diet milkshakes a day at mealtimes and half a pound of nonstarchy vegetables a day.

Mr. Tutty, who weighed about 213 pounds before the trial, lost a little more than 30 pounds, the average weight loss in the trial. The people in the study most likely to respond to the treatment were in their early 50s on average and younger than the nonresponders, and they had had diabetes for fewer years. The responders were also healthier before the trial: They had been taking fewer medications than nonresponders, had lower fasting glucose and hemoglobin A1c before the trial, and had higher baseline serum insulin levels. Three of those who went into remission had lived with diabetes for more than eight years.

Many of the responders are still in the prediabetes zone and at risk for developing diabetes, Dr. Taylor said. “It’s not fair to say they were completely normalized, but they’re at a level of blood sugar where we don’t expect to see the serious complications associated with diabetes,” he said. “That’s why it’s such good news.”

The big challenge for dieters was returning to normal eating, and trial participants received intensive counseling from a researcher on the team about how to eat after ending the liquid diet, Dr. Taylor said.

“They would describe going back to the kitchen and almost having a panic attack,” he said. “We used that as an opportunity to instill new habits, and were very directive about how much to cook and how much to eat.”