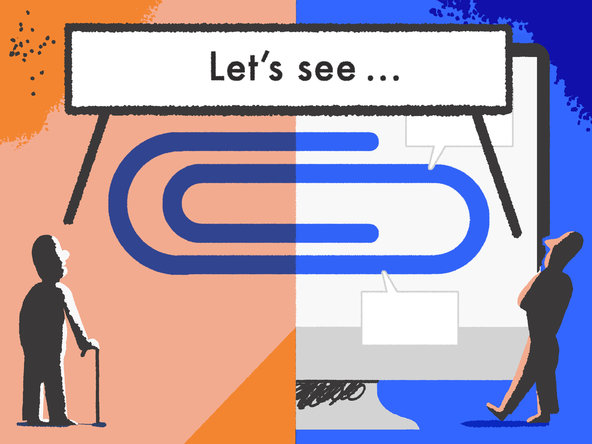 When Barbara Beskind, 92, had trouble reaching foods in the back of her refrigerator, she installed a lazy susan on an inside shelf. The revolving tray makes items much easier to reach. Ms. Beskind, a former occupational therapist in the Army who has age-related macular degeneration, a disease that reduces her central vision, also attached small tactile bumps to the “Answer” button and the “2” and “8” keys on her phone, making it easier for her to respond to and make calls. 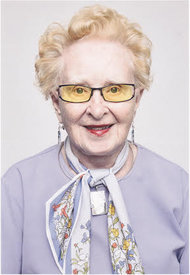 Many older people, like Ms. Beskind, are forgoing high-tech gadgetry in favor of common – and usually much cheaper – items from office supply and hardware stores, repurposing them to solve everyday problems. Sugru, a moldable putty that turns into rubber, can be used to round out sharp corners on furniture in order to prevent injuries. Rubber bands can be affixed to cups to make them easier to grip. A clothespin can be clipped to the rim of a cup with a drinking straw taped to it to hold the straw in place. A pants hanger can hold a cookbook open at eye level.

Glen Hougan, who teaches industrial design at the Nova Scotia College of Art and Design, calls creative and resourceful repurposers like Ms. Beskind hackers, a term often applied to computer programmers who develop creative workarounds, or hacks, to particular problems. He began researching hacks designed to ease the burdens of aging in the early 2000s, after finding that many of the store-bought items that were available to the elderly were sterile, generic and lacking in variety. One of his favorite hacks involves hanging an old stocking in a shower with a bar of soap tucked into the foot. As the soap gradually shrinks, it remains inside the stocking instead of a becoming a slipping hazard on the floor. The slightly abrasive nylon stocking material has the added benefit of exfoliating the skin.

As part of a fellowship at the Center for Innovation at the Mayo Clinic, Mr. Hougan interviewed residents at a nursing home and found that they hacked products for a variety of reasons. Some could not afford to buy new things on a fixed income. Others had a background in engineering or design and liked the challenge. For some who grew up during the Great Depression, resourcefulness was a lifelong habit.

The most common adaptations centered around making prescription medications easily accessible and trackable yet portable enough to carry to the doctor’s office, Mr. Hougan found. The organizational systems varied but generally consisted of a calendar tacked to the refrigerator, a spreadsheet recording the names and dosages of each medication, and dollar store bins or shoe boxes arranged in drawers.

A Pew research study found that many older people lack digital literacy and remain skeptical about the benefits of learning to use the latest technology, or find that off-the-shelf products fall short.

“When I’ve tried prescription management apps and entered multiple medications, I’ve found them to be quite a hassle,” said Dr. Leslie Kernisan, a 40-year-old geriatrician in San Francisco who writes about geriatrics and technology on her blog, GeriTech: In Search of Technology That Improves Geriatric Care. She finds that many of her older patients bring in written paper logs of their daily medication use, which can be easier for both doctors and patients to use. “In fact, I find that paid home caregivers and agencies also prefer paper records, even though their workers are clearly adept with smartphones,” she wrote in an email.

To help his design students better understand the challenges of aging, Mr. Hougan had them wear an “empathy suit” — a specially crafted suit that emulates the physical sensations the elderly go through on a daily basis. The suit includes shaded goggles that create a narrow field of vision. The suit’s legs are tethered together so the wearer has limited mobility and must shuffle instead of walk. Headphones muffle atmospheric sounds. Gloves limit the ability of fingers to manipulate objects, and the wearer breathes through a straw to simulate having diminished lung capacity.

Many of the students who donned the suit expressed how much they dreaded growing old. Mr. Hougan now calls it the “aging/ageist suit” and uses it in workshops as a tool to talk about the psychological effects of aging and to confront biases about growing old. The exercises helped him to revamp a number of home health care products for his design studio, BlueZone Design, including a redesigned, foldable bedside commode that can be easily squirreled away if visitors drop by.

Ms. Beskind, the 92-year-old who installed the lazy susan in her fridge, has put her resourcefulness to good use. Since 2013, she has worked as a designer at the Silicon Valley design firm Ideo, where she is developing an idea for eyeglasses equipped with a micro camera, earpiece and facial recognition software that would make it easier for those with central vision problems like hers to recognize others.

Ms. Beskind’s presence at a prestigious design firm provides a unique perspective. “Designers think they can put themselves in the shoes of the aging, but you don’t really know until you’ve lived with the realities,” she said. “Seniors are living longer and more productive lives. This community is an untapped resource for designers. We need more designers open to working on what works for us.”