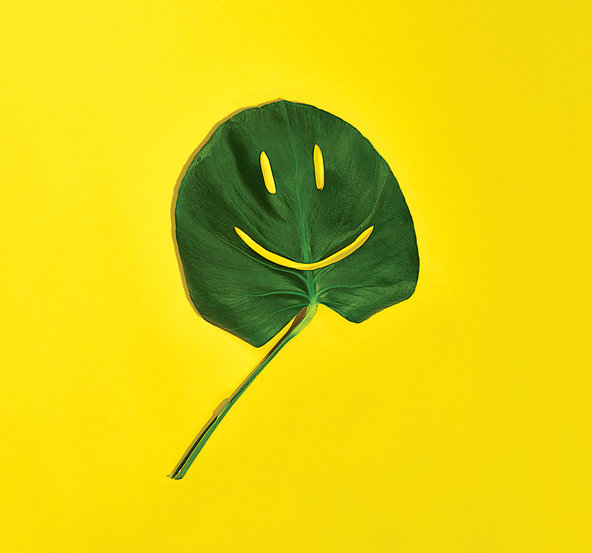 A growing body of research shows that people who spend time outside in sunny, green and natural spaces tend to be happier and healthier than those who don’t. A study from Stanford last year, for example, found that young adults who walked for an hour through campus parkland were less anxious afterward and performed better on a test of working memory than if they had strolled along a busy street.

Precisely what is going on inside our bodies as we move through the greenery is largely unknown, however. It hasn’t even been made clear that nature itself is responsible for the greatest health benefits — they may come instead from physical activity, sunlight or, if you stroll with others, camaraderie. Now a new study published in The International Journal of Environmental Research and Public Health takes a step toward sorting these interactions out by focusing on pictures of the outdoors rather than on the real thing.

The researchers, most of them affiliated with VU University Medical Center in Amsterdam, focused on the sympathetic and parasympathetic nervous systems. The first responds to stress by triggering a fight-or-flight reaction, raising heart rates and putting us generally on edge; the second counters those responses, bringing physiological calm. For this study, nearly four dozen university students were outfitted with sensors to monitor electrical activity in the heart and then shown photos on a computer screen. Half the pictures displayed urban spaces full of buildings and parked cars; the rest were green places — but homely ones, like empty pathways flanked by trees, not majestic wilderness.

Having viewed the photos, the students tackled a series of increasingly difficult computerized math problems while an on-screen assessment compared their results with the average performance and, whether accurately or not, showed them to be subpar. This test has proved to be a robust means of raising stress levels. Afterward, the subjects re-viewed the pictures, retook the math test, then looked at more photos.

When the students saw green spaces after the math stressor, their parasympathetic nervous systems kicked in, lowering heart rates, for example. (Pictures from the concrete jungle had no such effect.) Interestingly, though, the same green scenes when viewed before the math test did not lessen the reaction to stress: Their heart rates still rose as they struggled with the problems.

In essence, the data suggest, ‘‘short durations of viewing green pictures may help people to recover from stress,’’ says Magdalena van den Berg, who led the study at the VU University Medical Center. Those same photos, she adds, probably won’t inoculate viewers against future stress. Still, ‘‘finding an effect with regard to such weak, even boring visual stimuli — no spectacular green views, no sound, no smells et cetera — is surprising,’’ she says. The effects would probably be magnified, she says, if someone could visit nature or even look out a window and see actual greenery. So if you can’t do that, set your screen saver to show trees, if possible, and request a cubicle with a view.