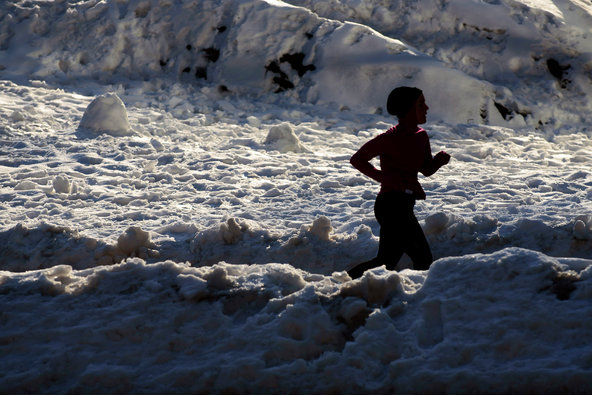 People will exercise more if you give them money — but only if they are paid in the right way.

For a 13-week study, researchers randomly assigned 281 people to one of four groups. The goal for each person was to achieve 7,000 steps a day, recorded on a smartphone accelerometer.

Those in the first group got $1.40 for each day they reached the goal. In the second group, the reward for success was entry into a lottery with a possible payoff of $100. Those in the third were given $42 the first day of every month, deposited in an online account, and had $1.40 automatically deducted each day they failed to achieve 7,000 steps. A control group received only daily feedback about their performance. The study is in Annals of Internal Medicine.

The control group achieved their goal 30 percent of the time, and the lottery and paid-every-day groups performed statistically no better, at 35 percent. But the group paid upfront, risking a loss every day, succeeded 45 percent of the time.

“There’s a presumption that tracking your activity will help you change your behavior,” said the lead author, Dr. Mitesh S. Patel, an assistant professor at the University of Pennsylvania. “But it typically doesn’t work unless it’s combined with behavior change strategies. Our study shows that the design of the incentive is critical to its success.”