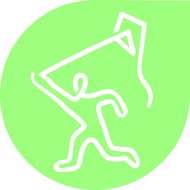 Changing residences frequently in childhood may be bad for your health.

Using Danish government health data, researchers cataloged various adverse events — suicides or suicide attempts, violent criminality, mental illness, substance abuse, psychiatric diagnoses and premature death — in 1,475,030 Danes born from 1991 to 1997. Then they correlated these problems with the number of times each person had moved before age 15.

They followed the group through their early 40s and found that the likelihood of every one of those adverse outcomes tended to rise the more someone moved in childhood. Contrary to the researchers’ expectations, the associations persisted in both lower and higher socioeconomic groups.

The study, in the American Journal of Preventive Medicine, controlled for age, sex, parental age, degree of urbanization and history of mental illness in a parent or sibling. Although these factors had some influence, the separate effect of moving was still apparent: the more moves, the greater the number of psychosocial problems.

“We don’t want to create blame, where people start saying, ‘If only we hadn’t moved…’” said the lead author, Roger T. Webb, an associate professor in epidemiology at the University of Manchester in England. “We can’t say that there is a causal relationship” between moving and negative outcomes.

“The main thing is to understand how this group of young people can be so adversely affected across so many aspects of their lives,” he said.