“Foster care changes a person,” wrote Stephanie Bennington, a former foster child from Fremont, Neb., after we asked readers to send us their foster care stories. The stories came in response to “Losing a Foster Child,” the most recent essay by Meghan Moravcik Walbert, who chronicled the time her family spent with the foster child she nicknamed BlueJay.

Many readers worried that BlueJay’s new family wouldn’t be able to offer him all the love, attention and resources she could. But from another perspective, his story was a success: He is being reunited with his biological siblings and members of his extended family.

With over 400,000 children in the foster system nationally, there’s been a movement toward such placements, known as “kinship care” — placing children whose parents cannot care for them in the homes of grandparents or other extended family members. Kinship care is believed to preserve family ties and support a continued relationship with parents, siblings and other relatives, providing children with family roots. It is also a way for strapped foster care systems to save money — according to a 2007 report, more than $6.5 billion annually.

One reader, Claudia Tracy, whose grandchildren had been in a loving foster home, wrote to say that she and her husband had decided to bring the children, whom they scarcely knew, to live with them.

“I am that relative from a town hours away that you fear,” Ms. Tracy wrote. Her absence stemmed not from lack of interest, she said, but from factors in the parents’ lives that may have been what led to the children’s being placed into foster care in the first place.

“It took us several months to find out where they were, and as soon as we did we headed out to find them,” she wrote. She worried about moving the children again, but knew that the foster care system might move or separate them. She wrote:

As family, we know we will support them as long as we are alive. We are a permanent home for them. We know that we are the connection to their parents. Our grandchildren know their parents; they love their parents. We will always honor this love even if our son and his ex lose their parental rights. While with us they will always be in contact with the rest of their extended family, their half siblings and cousins, aunts, uncles and other grandparents. And they will stay together. Never will we be in a position where we can’t take three children, they will never have to schedule visitation with a sibling. And yes all this is new to them, but my grandchildren, like BlueJay, did not know their foster family when they moved in. They had spent exactly zero days with them, and they were able to form a strong and loving attachment. This gives me hope, and I am grateful to their foster family for helping them build this skill.

I am forever grateful to my foster parents. I was 3 years old when I came to live with Uncle Matt and Aunt Betty, as I called them. With them I came to know love without any conditions whatsoever. I was 6 and ready to start first grade when my mother came back into the picture and the judge reunited us. I wish I could conclude that we all lived happy ever after when the judge reunited us with Mom. Sadly, the chaos of mental illness, alcoholism, physical and emotional abuse that was my reality that led to our placement into foster care never went away.

Years ago I managed to reconnect with my foster mom. She told me that after my brother and I left they stopped fostering. Their hearts were broken after we left, she told me. I never realized the loss they must have felt until then. 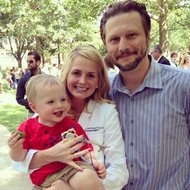 When I was 3 years old, my parents were incarcerated for running a prostitution service out of our home. Almost all the homes we had were full of hatred, except one. Her name was Jan and she desperately wanted me to call her mom. I never did, and I’m sure that hurt her. The rest of the time was a blur of abuse and neglect until my mother got out of jail and got clean, and we went back to her. Ten years later, when I was 17, she relapsed and put herself into heart failure. She died six months later. She hurt me, again.

Life is really hard sometimes. Reading this essay by Meghan Moravcik Walbert, I cried. I cried for her, but most importantly I cried for BlueJay, because life will always be harder for him. Foster care changes a person. I’m 28 now and going into my third year of medical school. I’ll be a physician soon. I have a 3-year-old son. Sometimes I look into his eyes and I see me, the day I went into foster care. I’ve almost quit medical school multiple times in fear of putting him in day care. I can’t explain in words how much this hurts.

Nick, the 10-year-old foster son, with his then 3-year-old biological son, Lincoln, in 2011.Credit

Our first foster placement was a sibling group: a 13-year-old girl and her 10-year-old brother. My then 3-year-old biological son and 4-year-old biological daughter instantly fell in love. It was supposed to be a short-term placement, possibly three to six months, and we wanted to love them as best we could for whatever time we had with them. Instead, it was three and a half years of emotional Ping-Pong. We were young, unexperienced parents and made mistakes. They were some of the hardest years of my life and some of the best at the same time.

We had almost forgotten about our dream to adopt and the foster care license we had received a year earlier. It was a shock when the call came: Would we take in a 3-week-old baby that had survived withdrawal from heroin? We had to answer that same day as the call. My wife, Karla, our 6-year-old son, Leonardo, and I consulted with each other and came to a consensus: Yes. Baby Serenity arrived in our home within hours. Three days later another call came out of the blue: a relative had been found and Baby Serenity would be placed there that same day. The world of foster care is vast and complex, and seems to leave those who open their homes and hearts with little notice or resources for dealing with the unexpected and sudden changes that come along the way. Baby Serenity was our first call. One month later, in Dec. 2014, we received our second call. Would we take in a group of three siblings, ages 5, 6 and 7? Today, two of those children are now with us and we are hoping that things will change such that the third will be reunited with us soon. To foster is to be a character in another person’s Homeric odyssey to find home.

I became a foster parent in the summer of 2015. I am single and had never been a parent. I became a parent overnight to a child with significant behavioral issues. Almost one year later he is a totally different child and we are working on reunification.

I tried so hard to get attached enough to love him, but not so attached that it would hurt when it came time for him to leave, but now in the weeks (days? months?) until he goes home I realize that was a fool’s errand all along. There is no way to not get attached to a child that you parent, no matter how much you believe you can avoid it.

My husband and I were foster parents in Boone County, Mo., for about three years. We cared for only two children during that time, but one of the kids, a little girl who moved in at the age of 3, has profoundly changed my life. She came to live with us in May 2008. We were her fifth placement in a year’s time. She stayed until August of 2009, when she moved into another foster home where one of her three brothers was living (they were all in care). The plan was to get the kids used to each other before reuniting with their mom.

In Jan. 2010, the family was reunified. Shortly before, our little foster daughter’s mom called our house and said, “I want you to stay involved… she loves you and you love her and I want her to be happy.” Since then, we’ve seen the kids (some or all of them) just about every other Saturday. Our little former foster daughter turned 11 this past Tuesday. She’s not so little anymore (and neither are her brothers). Our time together is filled with kid activities like playing at the neighborhood elementary school playground, riding bikes, swimming in our tiny neighborhood pool, watching Netflix, eating, eating and more eating, visiting the local parks, and the occasional “special” activities like eating at a restaurant of their choice the weekend before school starts, going to the movies, or our latest new activity: rollerskating.

I wasn’t able to have my own children. Plan B was international adoption and that simply didn’t work out for us. Never in my wildest imagination did I envision this. 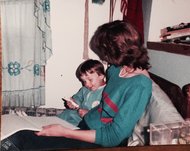 This article brought up a lot of memories. I grew up in central Maine with my parents and two older biological brothers. When I was between the ages of about 8 and 15, my family took into our home over 70 foster children, most for short periods of time — a few days, weeks or months. A few lived with us for many years.

I loved many of them as my brothers and sisters. I shared my bedroom, clothes, toys and parents with them. They all left eventually. Almost all went back to their biological families. As children ourselves, it was a difficult experience for me and my biological brothers. I was devastated by the loss of many of them, the ones that lived with us for years. I also resented some of them — the attention and care they required from my parents. They were all deeply needy children; by comparison my brothers and I were “fine” and less in need of attention. Over time, as I got into my teens, I learned to stop growing attached to these kids, bracing for the fact that they would leave eventually, never to be seen again.