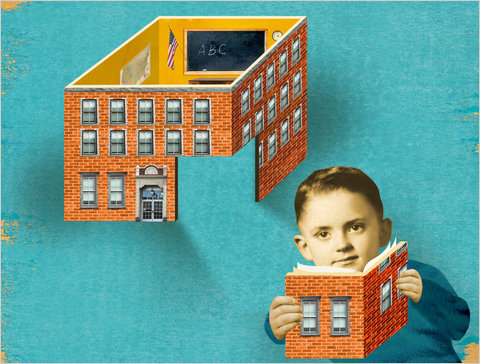 As students around the country go back to school and hit the books, scientists are offering new insights into the best ways to study and learn, reports Benedict Carey in the Science Times Mind column. He writes:

In recent years, cognitive scientists have shown that a few simple techniques can reliably improve what matters most: how much a student learns from studying. The findings can help anyone, from a fourth grader doing long division to a retiree taking on a new language. But they directly contradict much of the common wisdom about good study habits, and they have not caught on.

For instance, instead of sticking to one study location, simply alternating the room where a person studies improves retention. So does studying distinct but related skills or concepts in one sitting, rather than focusing intensely on a single thing.

“We have known these principles for some time, and it’s intriguing that schools don’t pick them up, or that people don’t learn them by trial and error,” said Robert A. Bjork, a psychologist at the University of California, Los Angeles. “Instead, we walk around with all sorts of unexamined beliefs about what works that are mistaken.”

To learn more read the full column, “Forget What You Know About Good Study Habits,” and then please join the discussion below.