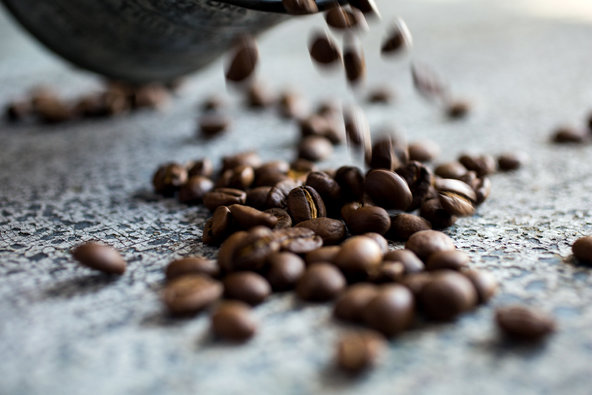 Like most of my work, this article would not have been possible without coffee.

I’m never fully awake until I have had my morning cup of espresso. It makes me productive, energized and what I can only describe as mildly euphoric. But as one of the millions of caffeine-loving Americans who can measure out my life with coffee spoons, (to paraphrase T.S. Eliot), I have often wondered: How does my coffee habit impact my health?

The health community can’t quite agree on whether coffee is more potion or poison. The American Heart Association says the research on whether coffee causes heart disease is conflicting. The World Health Organization, which for years classified coffee as “possibly” carcinogenic, recently reversed itself, saying the evidence for a coffee-cancer link is “inadequate.” National dietary guidelines say that moderate coffee consumption may actually be good for you – even reducing chronic disease.

Why is there so much conflicting evidence about coffee? The answer may be in our genes.

About a decade ago, Ahmed El-Sohemy, a professor in the department of nutritional sciences at the University of Toronto, noticed the conflicting research on coffee and the widespread variation in how people respond to it. Some people avoid it because just one cup makes them jittery and anxious. Others can drink four cups of coffee and barely keep their eyes open. Some people thrive on it.

Dr. El-Sohemy suspected that the relationship between coffee and heart disease might also vary from one individual to the next. And he zeroed in on one gene in particular, CYP1A2, which controls an enzyme – also called CYP1A2 – that determines how quickly our bodies break down caffeine.

With funding from the National Institutes of Health, Dr. El-Sohemy and his colleagues recruited 4,000 adults, including about 2,000 who had previously had a heart attack. Then they analyzed their genes and their coffee consumption. When they looked at the entire study population, they found that consuming four or more cups of coffee per day was associated with a 36 percent increased risk of a heart attack.

But when they split the subjects into two groups – fast and slow caffeine metabolizers – they found something striking: Heavy coffee consumption only seemed to be linked to a higher likelihood of heart attacks in the slow metabolizers.

“The increased risk that we saw among the entire population was driven entirely by the people that were slow metabolizers,” said Dr. El-Sohemy, who is also on the science advisory board at Nutrigenomix, a personalized nutrition company. “When you look at the fast metabolizers, there was absolutely no increased risk.”

The trend among fast metabolizers was quite the opposite. Those who drank one to three cups of coffee daily had a significantly reduced risk of heart attacks – suggesting that for them coffee was protective.

Dr. El-Sohemy suspects that because caffeine hangs around longer in a slow metabolizer, it has more time to act as a trigger of heart attacks. But fast metabolizers clear caffeine from their systems rapidly, allowing the antioxidants, polyphenols and coffee’s other healthful compounds to kick in without the side effects of caffeine, he said.

Other more recent research seems to point in the same direction. In Italy, a team of scientists looked at hypertension in 553 fast and slow caffeine metabolizers. Once again, the subjects’ genetic profiles predicted whether coffee was potentially harmful or healthful. Heavy and even moderate coffee drinkers were significantly more likely to have hypertension if they were slow metabolizers. But fast metabolizers saw their risk of hypertension fall as their coffee intake rose.

That is not to say that every coffee drinker should run out and have their CYP1A2 genes analyzed by one of the many direct-to-consumer genetic testing companies. Dr. Marilyn Cornelis, an assistant professor at the Northwestern University Feinberg School of Medicine, said her research had identified many genes involved in caffeine metabolism, and that relying on only one or two genetic factors could provide people with a false sense of reassurance.

“There are clearly other genetic and environmental factors contributing to differences in caffeine metabolism,” she said. “And these are not captured by existing tests.”

Nonetheless, this greater understanding of the link between coffee and genetics has opened up a wide new area of research. Scientists are now studying whether the CYP1A2 gene and others might mediate coffee’s influence on breast and ovarian cancer, Type 2 diabetes and even Parkinson’s disease.

It has also prompted a closer look at the effects of caffeine on exercise. Though it has long been accepted that caffeine enhances sports performance, research by Christopher J. Womack, a professor of kinesiology at James Madison University, suggests that endurance athletes who are fast caffeine metabolizers may benefit more than others.

In one study in 2012, Dr. Womack and his colleagues studied the effect of caffeine pills and placebos on the performance of male cyclists. Dr. Womack found that the slow metabolizers completed a 40-kilometer race on a stationary bike one minute faster on caffeine. But the fast metabolizers improved their time by four minutes.

Dr. Womack suspects that the fast metabolizers saw greater benefits because the rapid metabolism of caffeine further heightened their sympathetic nervous systems — which control the so-called fight or flight response.

“In the broad sense, the average person is going to perform better with caffeine,” he said. “Some people have a huge effect. Not surprisingly, it has something to do with our genetics.”

As an avid coffee consumer, I was curious about my own genes. Through a company called FitnessGenes, which analyzes 41 different genes related to diet and exercise – including CYP1A2 – I learned that I was a so-called fast caffeine metabolizer. The company says that 40 percent of people are fast metabolizers. About 45 percent have both a slow and a fast copy, and 15 percent carry two copies of the slow allele.

While my DNA results suggested that my twice-daily espresso habit might be for the best, researchers have only just begun to understand how our genes and coffee habits interact. In a 2015 study, Dr. Cornelis and a team of international scientists identified eight genetic variants that appear to make people more likely to seek out coffee, including at least two variants that are involved in the psychologically rewarding effects of caffeine.

The research could help to explain why some people see little or no appeal in a freshly brewed cup of coffee – while others, like me, can hardly fathom a morning without it.

Eat Well is a new weekly column on the science and culture of eating.