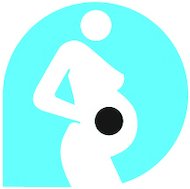 Flu vaccination during pregnancy may reduce the risk of stillbirth, a new study reports.

Researchers studied birth and maternal vaccination records for 58,008 pregnancies in Western Australia during the 2012 and 2013 flu seasons. There were 5,076 births to women who had had the flu vaccine at some point during pregnancy, and 52,932 births to unvaccinated mothers.

After adjusting for maternal age, socioeconomic status, diabetes, hypertension and other health and behavioral characteristics, they found that the risk of stillbirth was 51 percent lower in vaccinated women than in unvaccinated ones.

The researchers acknowledge that the study, in Clinical Infectious Diseases, is observational and does not prove cause and effect, and that the results may not be generalizable to other populations or other flu seasons.

The Centers for Disease Control and Prevention recommends the flu vaccine during pregnancy, but more than half of all pregnant women in the United States are unvaccinated.

The lead author, Annette K. Regan of the Western Australia health department, said that pregnant women go unvaccinated for two main reasons: they are unaware of its importance and their doctor does not recommend it, or they fear it will harm the baby.

“We hope,” she continued, “that these results show not only pregnant women but also their providers that flu vaccination is safe during pregnancy and has major benefits for both mother and infant.”