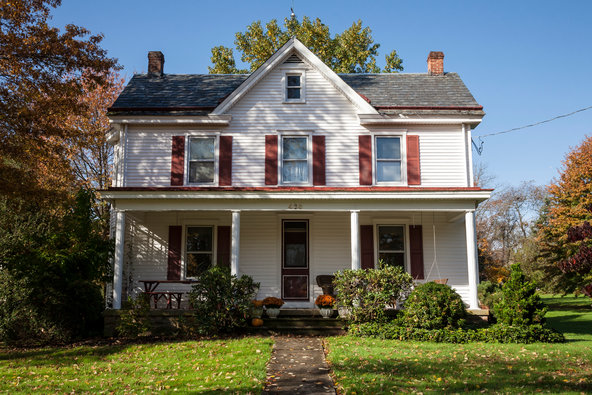 My patient was a proudly elegant woman in her 70s who lived alone. Her Parkinson’s disease had so severely restricted her ability to move that it would take her hours to get dressed in the morning. And leaving the house was virtually impossible, so she had to rely on neighbors and friends from her church community for help with shopping.

As a palliative care physician, I always urge my patients to complete advance directives. These are legal documents that tell doctors and family members what treatment they do and don’t want if they’re ever unable to make decisions for themselves. That’s important, because if I don’t know what my patients want, the default is to do everything to keep them alive, which typically results in unnecessary and costly treatment. Indeed, one of the most often-cited arguments for advance directives is the fact that 25 percent of Medicare spending is for people in the last year of life.

When my patient developed a cough and a fever, likely a result of pneumonia, she became too confused to make decisions for herself. Thanks to her advance directive, her family knew that she didn’t want aggressive treatment, and we knew that she wanted to stay home. So we arranged for short-term daily nursing visits and enough support so that, with additional help from her family, she was able to remain at home as she wanted.

I thought that she would get worse without aggressive treatment in the hospital, and that we would enroll her in hospice, so I was surprised when she began to improve. Soon she was able to make decisions for herself and even returned to the same level of independence that she’d had before she became sick. That’s when it became obvious to me that advance directives have their limits.

My patient lived, as many people with chronic, serious illnesses do, on a thin ledge of independence. The smallest nudge — a few missed medication doses, the loss of just a little support — left her entirely vulnerable. In my patient’s case, that nudge came two months later, when her neighbors ran into financial problems and their daughter, who had been doing the grocery shopping for my patient, had to take an after-school job. My patient valued her independence more than anything, so whenever her neighbors and her out-of-state family checked on her, or when we called her, she told us all that she was fine.

For three weeks, my patient subsisted on nothing but white rice, because that was all she had in the house. When her grand niece called us and asked us to check on her, we sent a social worker and a nurse to visit her. We found her housebound, surrounded by garbage, with no clean laundry and no toilet paper.

Despite our best efforts, we couldn’t do enough to keep her safe at home, so she went to live in a nursing home, where she spent the last two months of her life. An advance directive had helped her stay out of the hospital, as she had wanted. And perhaps it even made a bed available for someone who needed it more, as she’d hoped. But that piece of paper didn’t help her to live out her final months with the sort of comfort and dignity that she deserved.

When we talk about advance directives and reducing costly and unnecessary treatment at the end of life, we should also be talking about ways we can provide more support. We need to make sure that people like my patient have access to the kinds of care that can help them remain safely and comfortably at home.

Now when I help my patients complete an advance directive that defines the treatment they don’t want, we also discuss what support they’ll need in the future. I talk with my patients and their families about what’s going to be necessary to keep them safe and comfortable in their homes today, and next month and — if they’re lucky — for the next few years.

Those sorts of discussions are essential, but they’re not enough. We also need to revise the way we think about advance directives. Advance directives help reduce health care costs at the end of life by avoiding aggressive treatment, but that’s not the most compelling argument for them. It’s not enough to reduce what we spend on aggressive treatment at the end of life; we also need to spend those resources in better ways.

For someone around my patient’s age, the average cost of a hospitalization is about $13,000. So Medicare should have been willing to spend $13,000 to keep her safe and comfortable at home. That sum would have been more than enough to pay for a visiting nurse to continue to check on her after she recovered from pneumonia and a home health aide to help her with bathing and dressing. And it could have paid the girl next door to do her grocery shopping so a frail elderly woman didn’t need to subsist on white rice because it was the only food she had.

We should have been able to provide all of that help. My patient was adamant that she didn’t want to spend her last days of life in a hospital, taking up a bed that someone else could use. Let’s make sure that when people like her forgo costly treatment at the end of life, they get something in return.

Dr. David Casarett is a professor at the University of Pennsylvania Perelman School of Medicine and the author of “Stoned: A Doctor’s Case for Medical Marijuana.”