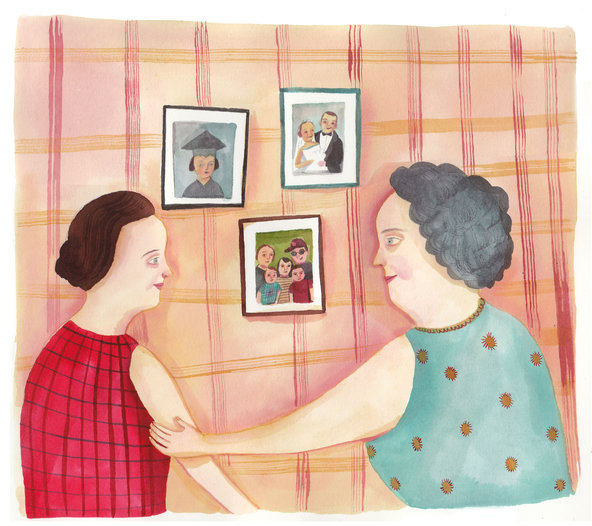 When I was a young teenager, my mother would watch tales of addiction on her nightly TV programs. “Love the addict, hate the addiction,” she would say as she sipped her diet sodas. Little did she know that I would become just like the characters in the stories that played out on her screen.

While other parents would boast of children graduating from college or having grandchildren, my mother had no photos of me to hang in her cubicle at work. All she had was my high school senior photograph in a dusty frame.

That senior picture gave no indication of the turmoil that was coming. Just a few short months after it was taken, I got my first taste of prescription opioids in the late ‘80s. They had been casually prescribed for me after the extraction of my wisdom teeth. The event was unremarkable, but those pills changed the trajectory of my life. An instant feeling of warmth came over me. It not only helped me forget my pain, it helped me forget my problems.

I bookmarked that feeling, coming back to it a few years later, just after I extracted myself from the abuse of my first serious boyfriend. I craved the warmth. A friend of mine got pills from someone’s medicine cabinet, and I wanted the relief they promised. I got it when I swallowed them. It wasn’t long before my college classes and work were replaced by the search for more pills, which eventually led to my heroin addiction.

The first year I was using heroin, my mother used my love of sweet potatoes and buttered rolls to get me home for Thanksgiving. She used the visit to probe into my deteriorating condition. I was tired, I told her. Sure, I had lost a few pounds, wasn’t she happy for me? My long sleeves covered up the truth. I was grateful for the opportunity to see her, but I bolted as soon as I could get back to the city. When she received my grades a few weeks later, her concern increased. By then, though, there was no reaching me. I had severed the last tie from my childhood and the city of my birth in favor of the open-air drug markets of San Francisco.

In the following years, while I lived temporarily in various hotels and on the streets, my mother struggled to understand my “choices.” In the depths of her despair, she would appeal to me to return home. I called her when I thought to do it, in between highs.

My mother worked to find a way to connect with the person I used to be. On one visit, I told her, “I have been living as a junkie prostitute out in California. If you can’t accept me, let me hop the next freight train home.” She quietly handed me a plate of food. “I think you need some rest,” she said as she closed the door.

Eventually, she simply requested that I stay in touch whenever possible. Her unconditional love invited me to put aside whatever guilt and shame I felt about my circumstances. She sent me letters whenever I went to jail. She let me call collect. She even continued to send me birthday cards, a reminder of the life I had squandered. When I was finally ready to stop drugs, she didn’t have to “accept” me back. She had never quit being a guiding force in my life. I knew no matter how tough an uphill journey, she would be there for me.

We spent 11 years becoming friends after I stopped using drugs in 1998, nearly a decade after I first tried heroin. There were family vacations, holiday sweaters and lots of time spent talking through the issues of our lives. My mother was deathly afraid of flying, yet she summoned all her courage to come to California to see me walk across the stage to receive my diploma when I graduated from college after seven years clean. I found my graduation picture alongside my senior picture and pictures of my children in her hallway when she died in 2009. She finally got to update the images of my life. I took them home to remember how far I had traveled in my life.

In the 18 years I have been clean, I have been asked many times what I will tell my own children about my addiction. Will I explain to them that I was a homeless drug addict? In fact, I have already started that conversation with them. They are 5, 6 and 8 years old and have grown up while I’ve been working to help heroin addicts, including distribution of naloxone to reverse the impact of an overdose.

In the process of explaining what mommy does, I also explain the world that mommy once lived in. In their words, they say, “Mommy helps sick people.” I couldn’t have phrased it any better myself. I was fortunate in that my mother and I spent those 11 great years together. She experienced the joy of seeing that graduation and another, for my master’s degree, as well as my marriage, and the birth of my children.

I was lucky that she never bought into “tough love,” a strategy based on the idea that cutting a drug user off from everything that is familiar will somehow be a motivator to get clean. It can, in fact, be just the push a user needs to fall deeper into the downward spiral, creating a profound sense of isolation and self-loathing.

My mother’s love was strong and welcoming and accepting, and she used it to help open the door to my recovery.

Tracey Helton Mitchell is a person in recovery and the author of the memoir “The Big Fix: Hope After Heroin.”