Despite the horrifying surge of Covid-19 cases and deaths in the United States right now, one bit of good news is emerging this winter: It looks unlikely that the country will endure a “twindemic” of both flu and the coronavirus at the same time.

That comes as a profound relief to public health officials who predicted as far back as April that thousands of flu victims with pneumonia could pour into hospitals this winter, competing with equally desperate Covid-19 pneumonia victims for scarce ventilators.

“Overall flu activity is low, and lower than we usually see at this time of year,” said Dr. Daniel B. Jernigan, director of the influenza division of the Centers for Disease Control and Prevention. “I don’t think we can definitively say there will be no twindemic; I’ve been working with flu for a long time, and I’ve been burned. But flu is atypically low.”

Since September, the C.D.C. “FluView” — its weekly report on influenza surveillance — has shown all 50 states in shades of green and chartreuse, indicating “minimal” or “low” flu activity. Normally by December, at least some states are painted in oranges and reds for “moderate” and “high.”

(For one puzzling week in November, Iowa stood out in dark burgundy, indicating “very high” flu levels. But that turned out to be a reporting error, Dr. Jernigan said.)

That has buoyed the spirits of flu experts.

Dr. William Schaffner, medical director for the National Foundation for Infectious Diseases, which promotes flu shots, said he was recently on a telephone discussion with other preventive medicine specialists. “Everybody was in quiet awe about how low flu is,” he said. “Somebody said: ‘Shh, don’t talk about it. The virus will hear us.’” 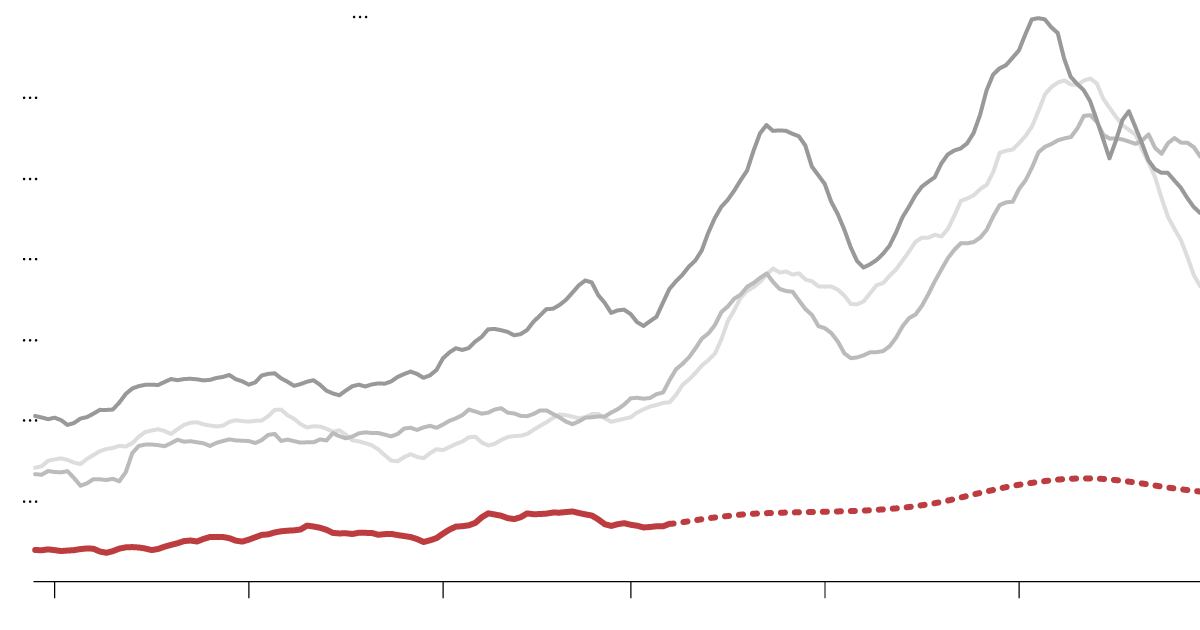 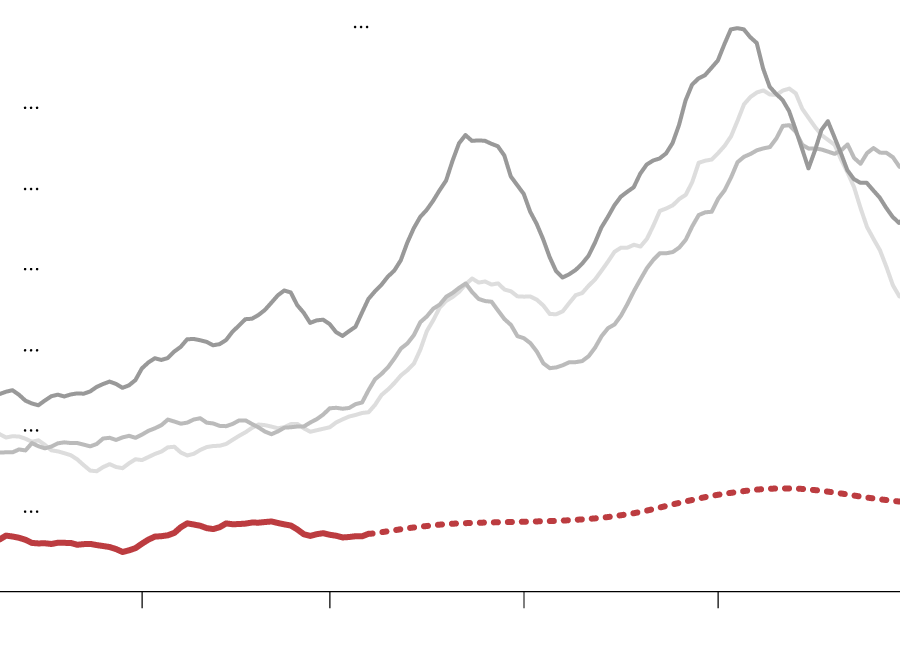 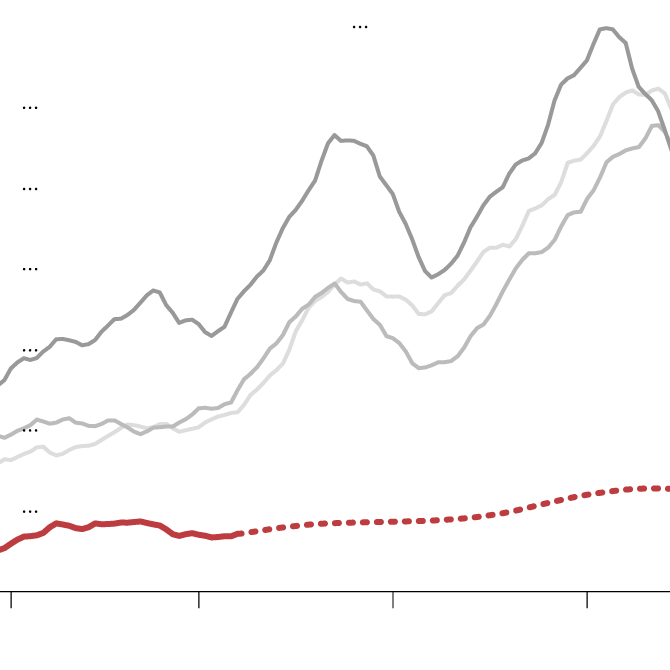 A combination of factors is responsible for the remarkably quiet flu season, experts said.

In the Southern Hemisphere, where winter stretches from June through August, widespread mask-wearing, rigorous lockdowns and other precautions against Covid-19 transmission drove flu down to record-low levels. Southern Hemisphere countries help “reseed” influenza viruses in the Northern Hemisphere each year, Dr. Jernigan said.

Also, to keep Covid-19 out, New Zealand and Australia have closed their borders either to all noncitizens or to Americans, so there has been very little air traffic from those Southern Hemisphere countries.

In the United States, the cancellation of large indoor gatherings, closings of schools and use of masks to prevent coronavirus transmission have also driven down levels of all respiratory diseases, including influenza.

In addition, Dr. Jernigan said, a “phenomenal number” of flu shots were manufactured and shipped to pharmacies, hospitals and doctors’ office in August, a month earlier than usual.

As of late November, 188 million doses had been shipped; the old record was 175 million doses shipped last year. Spot shortages were quickly reported in some cities, so experts assumed that large numbers of Americans took them.

However, there is not yet enough data to confirm that assumption. According to a preliminary tally released Dec. 9, about 70 million adults had received the shots through pharmacies or doctors’ offices as of mid-November, compared with 58 million last year.

Although that appears to be a substantial increase, the C.D.C. does not know how many Americans who normally get their flu shots at work were unable to do so this year because of stay-at-home orders, said Dr. Ram Koppaka, the agency’s associate director for adult immunization. There was a big increase in flu shots delivered by pharmacies, and that may represent people who normally would have received the shots at work.

“The best we can say is that it appears that we are now about where we were last year,” Dr. Koppaka said.

Given that vaccines were available early, he added: “I’m disappointed that it’s not better than it is. We need to keep telling people that it’s not too late to get a flu shot.”

Normally, about 80 percent of all adults who get flu shots have had them by the end of November. But about nine million doses of vaccines that were meant for uninsured adults, and which the federal government purchased this year out of fear of a “twindemic,” are still being delivered, Dr. Koppaka said.

The finally tally of how many shots were taken will not be available until summer, after the flu season is over, he said.

Nonetheless, even the preliminary data showed disturbing trends in two important target groups: pregnant women and children. Only 54 percent of pregnant women have received flu vaccine this year, compared with 58 percent by this time last year. And, although about 48 percent of all children got flu shots both last year and this year, the percentage of Black children who got them dropped substantially this year, by 11 percentage points.

Dr. Koppaka said he could not yet account for those drops in coverage. Pregnant women might have been afraid to go to doctors or pharmacies for fear of getting Covid-19, and many Black children might have been missed because public schools that offer vaccines were closed — but that was just speculation, he emphasized.

Although Dr. Koppaka strongly encouraged unvaccinated Americans to get flu shots, the threat of a two-headed pandemic monster appears to be fading.

Because of the coronavirus pandemic, the C.D.C. is not currently posting forecasts on its FluSight page, where it predicts the future course of the flu season.

With distribution of a coronavirus vaccine beginning in the U.S., here are answers to some questions you may be wondering about:

Kinsa Health, by contrast, is predicting that flu will stay at historic lows through February, when the season typically peaks. The company has a record of accurately predicting flu seasons several weeks ahead of the C.D.C.

C.D.C. surveillance data is based on weekly reports from doctors’ offices and hospitals noting the percentage of patient visits that are for flu symptoms. Because there are delays in reporting, sometimes for weeks, there is a lag between the time a flu arrives in a county and the agency’s confirmation that it is there.

Also, people who catch flu but never see a doctor are not captured in the C.D.C.’s surveillance net. People avoid doctors for many reasons, including a lack of insurance or because, this year, they are afraid of catching the coronavirus.

Kinsa receives about 100,000 readings each day from about two million thermometers connected to smartphones; the company claims it can detect local fever spikes down to the ZIP code level.

Both Covid-19 and flu can drive up the number of reported fevers, but flu outbreaks can be distinguished from Covid ones, Mr. Singh said.

The company has access to decades of historical flu data from 600 cities across the country, and there are patterns to how flu typically spreads in each city based on climate and population density, said Samuel D. Chamberlain, the company’s chief data scientist.

Also, because everyone is susceptible to the new coronavirus, Covid fevers surge and spread much faster across ZIP codes than do those caused by colds and flu, Mr. Singh said.

Moreover, users are asked to enter all their symptoms in the Kinsa app. Loss of smell and taste is a common Covid-19 symptom. Making things even simpler, the app asks users if they have had a positive coronavirus or flu test.

Currently, flu is at less than half its typical level for early December, Mr. Singh said. By February, when cases typically shoot to a sharp peak, its numbers should be down to about one-quarter of a typical seasonal apex, he predicted.

“In theory, the flu virus could be taking a year off,” said Dr. Arthur Reingold, head of epidemiology at the School of Public Health of the University of California, Berkeley.

He recently asked a friend who was treating Covid-19 cases at the University of California, San Francisco, hospital how many flu cases she had seen this year.

“The answer was zero,” he said. “That’s a relief, and certainly a relief to my friends who do clinical work.”