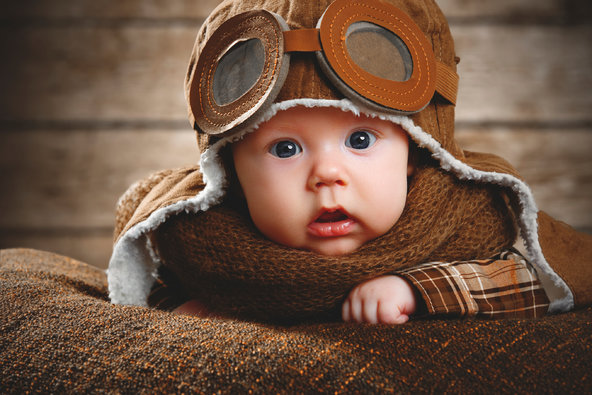 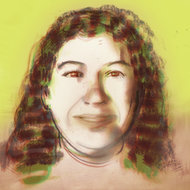 First of all, nobody takes a small child on an airplane for the fun of it. I have been there and I know. Don’t get me wrong, I’m no airplane saint; you won’t generally catch me offering to hold someone else’s kid, or making friends around the seatback. I don’t usually admit to being a pediatrician, for fear of hearing a medical saga. But I have put in my time on airplanes with my own infants and toddlers and small children, and I certainly know how it feels.

Probably the best thing that can be said for traveling with young children is that it teaches you to appreciate traveling without them, however puzzling the inflight announcements, however long the delays, however tightly spaced the seats. I did enough economy-class traveling with children while my own were young that my reflexive reaction to all flight cancellations, turbulence or the moment when the person in front of me reclines the seat very suddenly, knocking my laptop closed, is now: At least I don’t have a small child with me – thank heavens.

Babies do not cry on airplanes for the fun of it either. Nor do they cry, by and large, to let you know that their parents are neglectful or callous. They cry for infant versions of the same reasons that adults snap at one another about reclining seats, or elbow each other with quiet savagery over the armrest. They cry because their ears hurt and they’re being made to stay in a certain position when they don’t want to or the air smells strange and the noises are loud, or their stomachs feel upset or the day has been too long and they still aren’t there yet or they’re just plain cranky. As are we all.

Crying is an evolutionary strategy to summon adult aid; over millennia, crying has probably evolved to be hard to ignore. I don’t know if it’s any comfort, but when you’re the parent with the crying baby, it doesn’t particularly help to be an expert.

“I remember one flight where my daughter screamed the whole way and kept trying to get out of her seatbelt,” said my old friend, Dr. Elizabeth Barnett, a professor of pediatrics at Boston University and a travel medicine specialist. “As a parent, you feel two things — you’re in distress because you’re trying to comfort your child and not succeeding, so you feel bad for your child, and you also feel guilty because you know your child is disturbing everybody else.”

Many children behave remarkably well — even delightfully — on airplanes. Many more manage pretty well, but occasionally give way to despair. Many parents are full of interventions and distractions. All of this deserves at least a smile or a word of praise.

Those of you who are still in the traveling-with-small-children years probably know the basic advice — nursing or sucking on something during takeoff and landing may help with painful pressure changes in the ears. But it’s also important not to overfeed babies on airplanes, pointed out Dr. Karl Neumann, a pediatric travel specialist and author of the site Kids Travel Doc, where he recently posted a comprehensive update on air travel. “At 30,000 feet, the air in your intestine is increased by 20 percent because of atmospheric pressure, so you shouldn’t give the kid more than you would at home,” he told me, or the child may end up crying (or worse) because of abdominal discomfort.

So do your best, and let people see that you’re doing your best. “If your child is crying, start talking to the people around you, explain to them how bad you feel, ask the flight attendant if there’s a seat somewhere else,” Dr. Neumann suggested. “Before they get angry around you, tell them you’re sorry, you’re doing the best you can and likely they’ll be on your side.”

Parents sometimes wonder about sedating babies, usually with antihistamines, and pediatricians advise against that. In general, it’s not good to give extra medications to the young. The effects can be unpredictable, and in some cases paradoxical; there are children who get more active with the medications that are supposed to make them sleepy. And a groggy child may actually be crankier and harder to console.

Airplanes, like it or not, are common spaces, at least for those of us who fly commercial. We need to go easy on one another. We do not know the stories of the people jammed up against us. That played out parent who doesn’t seem up to coping with that energetic toddler may be on leg three out of five of a tragic transcontinental journey to attend a family member’s death bed. That parent who dared to sneak a quick nap may have been up three nights straight with a bout of teething, stomach flu or diaper rash. By and large, people do their best, and no, everything was not much more orderly and children were not much better behaved 20 years ago, or 50 years ago. I have been that baby, and I have been the parent of that baby, and I know.

“Just try flying the Eastern shuttle with a baby,” wrote Nora Ephron in “Heartburn” in 1983. “Try flying any plane with a baby if you want a sense of what it must have been like to be a leper in the 14th century, but try the shuttle for the ultimate in shunning.” The Eastern shuttle is no more. But babies on airplanes we will have with us always, along for the ride, all of us doing our best.