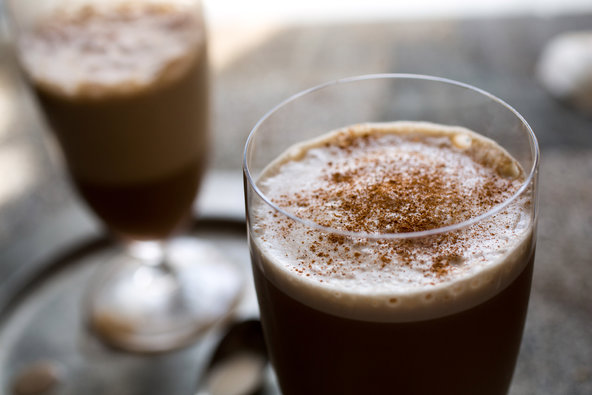 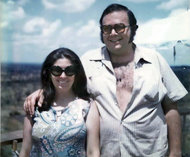 My dad’s face lit up as he placed the engraved linen envelope on the table. We were to be guests at the annual pool party at his boss’s home in East Hampton, N.Y. Not only were we invited for dinner, we were invited to stay for the whole glorious weekend.

Our host was my dad’s boss at the McCann Erickson ad agency, where he was a new creative director. Getting an invitation to his house was more than a polite formality; it was an honor. His family lived on Park Avenue, summered in the Hamptons, and lived by the Emily Post school of etiquette. My family never summered anywhere. We didn’t dress for dinner, we didn’t play golf or tennis, and no one in my family had ever studied Latin or carried a monogrammed bag.

While my dad was flattered, the pressure that accompanied the invitation was huge. His weight had ballooned to almost 400 pounds since landing the job, thanks in part to the decadent three-course client lunches and late-night strategy dinners. In the office, people were focused on my dad’s marketing ideas, but in the Hamptons, my dad said appearances were everything, and there was no hiding behind his creative storyboards and well-thought-out campaigns. He would be presenting my mom, my little sister, April, and me, and showing himself in a more vulnerable setting.

The month leading up to the Hamptons trip was filled with anxiety. My mom and I rushed around shopping for the perfect outfits, and my dad, determined to fit into a bathing suit, starved himself, declaring he was on the “Super Model Diet,” which consisted of hot coffee, cold coffee, coffee shakes, coffee bread, unlimited cigarettes and water.

Even at 10 years old, I knew this was not healthy. I had read the many nutrition and diet books that filled every bookshelf in our house. Each week a new diet, a new promise for miracle results.

“All the actresses and dancers in my commercials swear by this one,” my dad said. “They say substituting a zero-calorie cigarette for lunch helps them stay camera-ready,” he added.

Seeing how worried I was, my dad declared he had never had so much energy, begging my sister and me to try to tag him while he ran up and down the halls of our apartment — not even tempted to take a peek at the diet bread I had just baked for him — adding the required three-quarters of a cup of coffee to my ingredient list.

After successfully losing over 20 pounds on the coffee and cigarette diet in a couple of weeks, my dad headed to Mr. Big & Tall on Eighth Avenue for a couple of items before picking up the Hertz Rent-a-Car. My dad was proud of his new lime-green Bermuda shorts with pictures of palm trees. As we drove to the Hamptons in our beach clothes, my parents argued because my mom, who was in charge of directions, kept navigating us the wrong way. When we finally made it off the highway, my parents became calmer, admiring the quaint churches, old houses and windmills planted on village greens.

Arriving hot and disheveled after our long drive, we were greeted by my father’s boss’s wife, who was wearing a neatly pressed blue Pucci cocktail dress, adorned with a single strand of pearls. Tucking her coiffed blond hair behind her ears, she offered us iced tea with orange slices and led us to the back yard. It was like no pool party I had ever been to, and I wondered if anyone was actually planning to swim.

The tables had crystal candlesticks, and waiters were passing around trays of delicious appetizers that I couldn’t pronounce. Among them were rumaki  — chicken livers wrapped with chestnuts — and soufflés — puffy omelets loaded with cream. There were plates stacked on top of plates and more silverware than I had ever seen. For dinner, we each had our own one-and-a-half-pound lobster with a side of mussels and white sweet corn from the local farm stand. The kids and the grown-ups were served the same food, but we were not seated at the same table. Parents and kids sitting together was a no-no, according to our host’s son, whom I was placed next to.

The boy, who was wearing a jacket and a tie, was only a year older than I was but had the demeanor of a grown man. When I asked, “Aren’t you hot in that stuffy outfit?” he said that the men in their family “always wear a tie and a blazer at dinner each and every night.” He motioned to me to unfold my napkin and place it over my bare legs, dangling above the ground.

I tried to follow his lead as I saw my dad covered in melted butter and lobster juice. He seemed to be enjoying himself immensely, not shy about asking for seconds and thirds of potatoes au gratin as he forfeited the salad and green beans. “I need to leave room for the good stuff,” he exclaimed, loosening his belt buckle, as the table howled in laughter, watching my dad joyfully dash to the dessert table.

“Go for the gusto, Lerman!” my dad’s boss bellowed, pleased that all the guests started chanting my dad’s award-winning slogan for Schlitz beer.

“You Only Go Around Once in Life, So Grab the Gusto,” they yelled out, encouraging my father to load and re-load his plate.

While I knew that the next day my dad would have regrets, and his vicious cycle of yo-yo dieting would begin again, that night I relaxed, savoring every bite of the succulent meat — hoping my first lobster dinner would not be my last.

Dawn Lerman is a Manhattan-based nutrition expert and the author of “My Fat Dad: A Memoir of Food, Love and Family, With Recipes,” from which this essay is adapted. Her series on growing up with a fat father appears occasionally on Well. Follow her @DawnLerman.