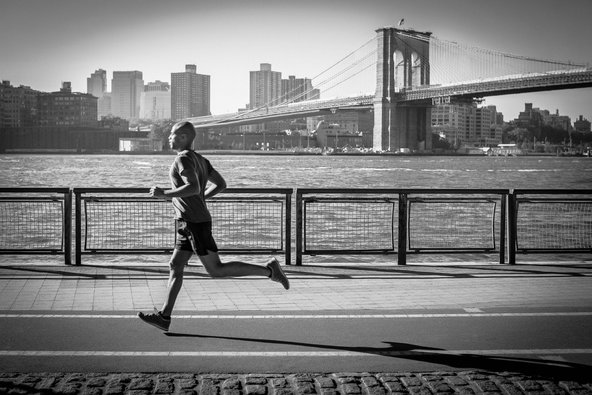 Anyone who still needs motivation to move more may find it in a new study showing that, in addition to its other health benefits, exercise appears to substantially reduce the risk of developing 13 different varieties of cancer. That is far more types than scientists previously thought might be impacted by exercise. The comprehensive study also suggests that the potential cancer-fighting benefits of exercise seem to hold true even if someone is overweight.

The idea that exercise might change someone’s susceptibility to cancer is, of course, not new. Many studies have found that people who are physically active, either through exercise or while on the job, tend to be less likely to develop certain types of cancer than people who are sedentary.

But those studies primarily looked at associations between exercise and a few common malignancies, such as breast cancer in women, and colon and lung cancers in both women and men.

Whether physical activity, and more precisely, regular exercise, would also lower our risk for other cancers has remained an open question.

So for the new study, which was published this week in JAMA Internal Medicine, scientists with the division of cancer epidemiology and genetics at the National Cancer Institute, as well as Harvard Medical School, and a number of other institutions around the world turned to a large trove of epidemiological health studies conducted in the United States or Europe.

In these earlier studies, researchers directly measured volunteers’ body mass and other health markers and also asked about their diets and exercise habits. The researchers then tracked the participants for a decade or more, noting disease diagnoses or, in some instances, deaths.

Such studies help to establish links between lifestyles and disease risk. But the number of people involved must be hefty if the associations are to be persuasive.

The researchers focused on specific information for each of those 1.44 million people about whether they exercised, and how vigorously and how often. They also zeroed in on whether and when, after each study’s start, the participant had been diagnosed with any type of cancer.

Then, using elaborate statistical methods, they computed the role that exercise, and in particular, moderate or vigorous exercise such as brisk walking or jogging, seemed to be playing in people’s risks for cancer.

It turned out to be considerable. For most cancers, people who reported exercising moderately, even if the time that they spent exercising was slight, had significantly less risk of developing 13 different types of cancer than people who were sedentary.

The researchers found a reduced risk of breast, lung and colon cancers, which had been reported in earlier research. But they also found a lower risk of tumors in the liver, esophagus, kidney, stomach, endometrium, blood, bone marrow, head and neck, rectum and bladder.

And the reductions in risk for any of these 13 cancers rose steeply as people exercised more. When the researchers compared the top 10 percent of exercisers, meaning those who spent the most time each week engaging in moderate or vigorous workouts, to the 10 percent who were the least active, the exercisers were as much as 20 percent less likely to develop most of the cancers in the study.

On the other hand, they found an increased risk of two types of malignancies — melanoma and slow-growing prostate tumors — among people who exercised the most. Those findings can most likely be explained, in large part, by certain characteristics of active people, said Steven Moore, an investigator at the National Cancer Institute who led the study.

“People who exercise generally go in for more checkups” than sedentary people, he said, resulting in more screenings for conditions such as so-called indolent prostate cancers. (There was no discernible association, positive or negative, between exercise and aggressive prostate tumors.) “They also often exercise outside,” he continued, “and are more prone to sunburns” than people who rarely work out, potentially contributing to a greater risk for melanoma.

Encouragingly, the associations between exercise and reduced cancer risks held true even when the researchers factored in body mass. People who were overweight or obese but exercised had a much lower risk of developing most cancers than overweight people who did not move much.

Just how physical activity may be undercutting the risk for so many disparate types of cancers is not yet fully understood, Dr. Moore said, although he and his colleagues suspect that changes in exercisers’ hormone levels, degree of inflammation, digestion and overall energy balance most likely contribute.

Bear in mind, though, that this was an observational study, so it cannot directly prove that exercise reduces cancer risks, only that there is an association between more exercise and less disease. It also relied on participants’ memories of exercise, which can be unreliable.

But even with those limitations, the findings sturdily suggest that exercise may help to reduce the risk of many types of cancer, “and it has few side effects and doesn’t cost much,” said Dr. Moore, who runs almost every day.