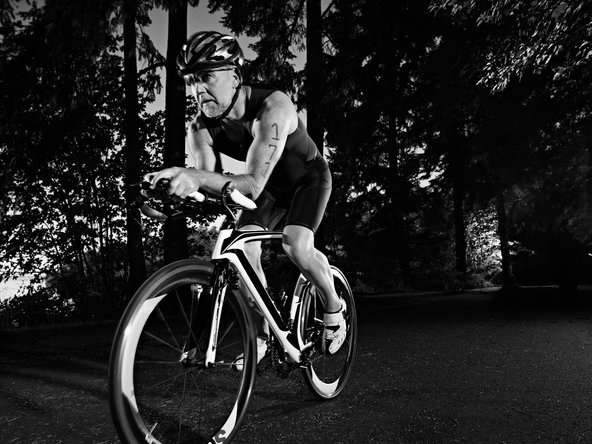 To keep our muscles healthy deep into retirement, we may need to start working out more now, according to a new study of world-class octogenarian athletes. The study found substantial differences at a cellular level between the athletes’ muscles and those of less active people.

Muscular health is, of course, essential for successful aging. As young adults, we generally have scads of robust muscle mass. But that situation doesn’t last.

Muscles consist of fibers, each attached to a motor neuron in our spinal column by long, skinny nerve threads called axons. The fiber and its neuron are known as a muscle unit.

When this muscle unit is intact, the neuron sends commands to the muscle fiber to contract. The muscle fiber responds, and your leg, eyelid, pinky finger or other body part moves.

However, motor neurons die as we age, beginning as early as in our 30s, abruptly marooning the attached muscle fiber, leaving it disconnected from the nervous system. In younger people, another neuron can come to the rescue, snaking out a new axon and re-attaching the fiber to the spinal cord

But with each passing decade, we have fewer motor neurons. So some muscle fibers, bereft of their original neuron, do not get another. These fibers wither and die and we lose muscle mass, becoming more frail. This process speeds up substantially once we reach age 60 or so.

Scientists have not known whether the decline in muscular health with age is inevitable or whether it might be slowed or altered.

There have been encouraging hints that exercise changes the trajectory of muscle aging. A 2010 study of recreational runners in their 60s, for instance, found that their leg muscles contained far more intact muscle units than the muscles of sedentary people of the same age.

But whether exercise would continue to protect muscles in people decades older than 60, for whom healthy muscles might be the difference between independence and institutionalization, had never been examined.

So for the new study, which was published last week in the Journal of Applied Physiology, researchers from McGill University in Canada and other schools contacted 29 world-class track and field athletes in their 80s and invited them to the university’s performance lab. They also recruited a separate group of healthy but relatively inactive people of the same age to act as controls.

At the lab, the scientists measured muscle size and then had the athletes and those in the control group complete a simple test of muscular strength and function in which they pressed their right foot against a movable platform as forcefully as possible. While they pressed, the scientists used sensors to track electrical activity within a leg muscle.

Using mathematical formulas involving muscle size and electrical activity, the scientists then determined precisely how many muscle units were alive and functioning in each volunteer’s leg muscle. They also examined the electrical signal plots to see how effectively each motor neuron was communicating with its attached muscle fiber.

Unsurprisingly, the elite masters athletes’ legs were much stronger than the legs of the other volunteers, by an average of about 25 percent. The athletes had about 14 percent more total muscle mass than the control group.

More interesting to the researchers, the athletes also had almost 30 percent more motor units in their leg muscle tissue, and these units were functioning better than those of people in the sedentary group. In the control group, many of the electrical messages from the motor neuron to the muscle showed signs of “jitter and jiggle,” which are actual scientific terms for signals that stutter and degrade before reaching the muscle fiber. Such weak signaling often indicates a motor neuron that is approaching death.

In essence, the sedentary elderly people had fewer motor units in their muscles, and more of the units that remained seemed to be feeling their age than in the athletes’ legs.

The athletes’ leg muscles were much healthier at the cellular level.

“They resembled the muscles of people decades younger,” said Geoffrey Power, who led the study while a graduate student at McGill and is now an assistant professor at the University of Guelph in Ontario.

Of course, this type of single-snapshot-in-time study can’t tell us whether the athletes’ training actually changed their muscle health over the years or if the athletes were somehow blessed from birth with better muscles, allowing them to become superb masters athletes.

But Dr. Power, who also led the 2010 study, said that he believes exercise does add to the numbers and improve the function of our muscle units as we grow older.

Whether we have to work out like a world-class 80-year-old athlete to benefit, however, remains in question. Most of these competitors train intensely for several hours every week, Dr. Power said. But on the plus side, some of them did not start their competitive regimens until they had reached their 50s, providing hope for the dilatory among us.