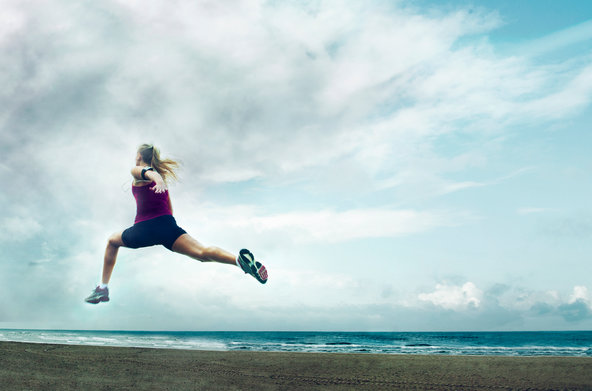 Is it possible that exercise could be almost too much of a good thing for our brains?

A 2014 experiment with mice first raised that worrying idea, finding that the more the animals exercised, the worse their long-term memories became.

Until that study, research generally had shown that exercise is nothing but desirable for brain health.

Exercise boosts blood flow to the brain, prompting the development of more blood vessels and connections between cells there, and generally making the organ more fit. But exercise’s signal benefit, most neuroscientists would agree, is that it increases neurogenesis, or the birth of new brain cells, particularly in the hippocampus, a part of the brain that is uniquely important for learning and remembering.

Study after study in animals has shown that exercise, especially aerobic activities like running, can double or triple the number of new cells in the hippocampus, compared with the number in animals that do not exercise, and that these new cells translate into a significantly heightened ability to learn new skills.

Animals that run, in essence, become brighter than those that do not.

But most of these studies of exercise and neurogenesis have examined the effects on learning and short-term memory.

What scientists had not considered was whether this influx of young, vigorous cells, many of them implanted with newly acquired knowledge, might somehow elbow aside or overwhelm older, established neurons, the cells that contain long-term memories from the past. If so, even as brains effervesce with newborn neurons, the brain might be less able to recall what its owner had learned and experienced before.

In the 2014 study with mice, that scenario in fact occurred. In the study, young mice learned to associate an area in a cage with threats, which is a type of memory that is implanted sturdily in animals’ memories.

Then half the animals were allowed to run, while others were not. The researchers injected all the animals with a chemical that marks newborn cells in the brain.

After a few weeks, the animals were reintroduced to the place in the cage that had frightened them before. Those that had not exercised generally recognized the place and responded with concern. They remembered.

But those that had run generally did not. Their long-term memories were faultier than those of the sedentary mice, even though, the researchers found, their brains teemed with far more new neurons.

Exercise seemed to have erased the memories formed before the animals started running, the researchers concluded.

But Ashok Shetty, a professor of molecular and cellular medicine at Texas A&M University, and his colleagues were hesitant to accept those findings.

“Honestly, we didn’t want to believe that exercise could be detrimental” for memory, he said.

So for a new study, which was published this month in The Journal of Neuroscience, the researchers decided to replicate aspects of the 2014 mouse experiment but instead use rats. Rat brains, prior research had shown, are more similar to our brains than mice brains are.

They also employed a different initial task, requiring the animals to learn how to get out of a water maze. This skill involves spatial memory, which for prey animals is quite durable; they need to remember escape routes. The rats all learned quickly and, by the end of their training, could locate the escape platform within seconds.

Then some of the rats were allowed to run while others remained sedentary. All were injected with the chemical that binds to new neurons, making them easy to identify and number microscopically.

After a month, the animals repeated the water maze test.

And there were new neurons. The runners’ brains contained about twice as many new cells as did the brains of the sedentary animals, with the animals that ran the greatest distance having the greatest increase in neurogenesis.

But these new cells had not crowded out the old memories. Exercise had allowed the rats “to develop more neurons without destabilizing their existing memory circuitry,” Dr. Shetty said.

Of course, rats are not people, any more than mice are, Dr. Shetty said. And the memory tests used in the two studies also were different. It is possible that some types of long-term memory might be more affected by neurogenesis after exercise than others, he said.

“We need far more studies in many different species” to better understand the nuances of how exercise changes the brain and mind, he said. He and his colleagues hope to start such studies soon.

But for now, he believes that the available evidence suggests that, unless you are a mouse, working out is going to be “quite beneficial” for your brain.