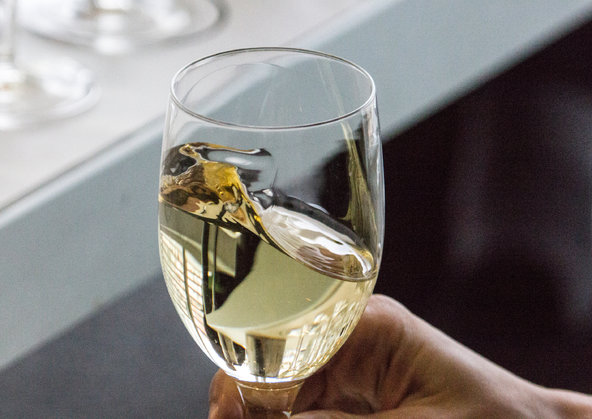 The Italian Senator Dario Stefàno proposed a bill last month that would require schools in Italy to teach one hour of wine culture a week to students starting at age 6. Mr. Stefàno clarified that the intention was to teach children about the cultural importance of wine in Italy, rather than to teach them to drink. But the idea of wine education for children would seem very foreign to most American parents.

Still, whether parents in the United States or elsewhere realize it or not, most children are already getting an informal education in alcohol consumption. From infancy, children are learning about their worlds – the rituals, practices, and languages that make their culture thrive. What adults eat – and drink – is a major part of this cultural fabric. Food selection is learned early in life, and it is social from the get-go.

One of us, Katherine Kinzler, was part of a team of researchers that found that by 12 months, babies are learning what foods are eaten in their culture. In the study, American babies were given two foods to try. One of the foods was offered by a native English speaker, who tried the food first and expressed appreciation for it. The other was tried and offered by a French speaker.

Babies tried both foods with glee – remember, babies of this age love to put things in their mouths, including dirt and dog toys. But when babies were given the choice of the two foods a second time – when they had to pick between the two foods that they had just tried and enjoyed – they picked the native speaker’s food. This is evidence of cultural learning: Babies are figuring out not just what tastes good, but also who eats which kind of food.

Even if a child has yet to have his or her first sip of wine, children are also witnessing how people drink alcohol. They are observing and learning whether alcohol is drunk with food, whether it is imbibed in groups or alone, if it makes people feel happy or sad.

How children learn about wine and alcohol consumption sets the stage for drinking habits across the lifespan. Differences in learning become readily apparent when comparing drinking behaviors of young adults in countries with a rich wine culture to those without one.

Though some studies have suggested that offering children small tastes of alcohol is associated with problem drinking, countries where drinking wine at meals is standard, including Italy, France and Spain, rank among the least risky in a World Health Organization report on alcohol. Can cultural attitudes toward wine affect our propensity for problem drinking?

The French consume about four times per capita the amount of wine we consume in the United States, and more alcohol over all per capita as well. In France, drinking wine – particularly with a meal – is commonplace. Drinking wine to excess is not.

If children see adults appreciating wine – smelling, tasting, discussing and consuming it with meals and in moderation – it may bode well for their drinking habits in college. American college students tend to drink wine to excess much less frequently than other drinks. And anecdotally, one of us, Justine Vanden Heuvel, hears from students in her wine classes at Cornell University that as they learn to appreciate wine, they become pickier about the alcohol they consume, which may reduce their consumption at parties.

The recent proposal by the Italian senator seeks to capitalize on this early cultural learning in public schools. But children don’t need to go to school to learn the basics of alcohol consumption; this they get free – for better or worse – at home.