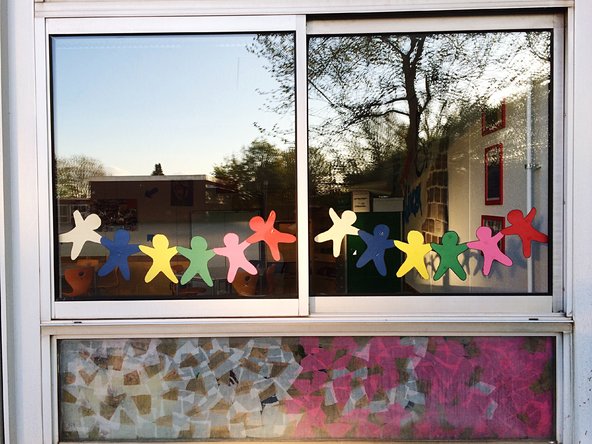 All three of my children started out in day care as infants, and the day care center was, in so many ways, at the center of our lives for years. The teachers taught us most of what we knew about young children (including, I am sorry to say, the difference between well-meaning parents and truly talented professionals). The day care cohort provided my children with their close friends (who keep turning up in their high school and college classes). We even bought our house so we could live near the day care center.

But yes, there were the infections. The worst battles my husband and I had were fought when a small child had to stay home with fever or diarrhea, and we had the eternally nasty whose-work-day-is-more-important-mine-or-yours-and-just-what-makes-you-think-so discussion. On the other hand, as our children got a little bigger, the infections essentially vanished — they had nearly perfect attendance records by the time they got to kindergarten and beyond.

In a study published last month in the journal Pediatrics, researchers in the Netherlands followed a large group of children over the first six years of their lives, looking at how often doctors diagnosed acute gastroenteritis, the stomach bugs so familiar to parents; 1,344 out of the total 2,220 children studied attended day care during the first year of life. Being in day care as an infant increased a child’s risk of having acute gastroenteritis in the first year of life, but it also had a protective effect after that.

Interestingly, the protective effect lasted at least till age 6, which is as far as the study went; the children who were in day care by the age of 1 had more gastroenteritis earlier, but the non-day care children got sick more often as they got older. By age 6, children in the two groups averaged similar numbers of total episodes.

“We think if you are infected at an early age you build up immunity against these viruses or bacteria,” said Marieke de Hoog, an epidemiologist at University Medical Center Utrecht and the senior author on the study. “There is even a possibility that the protective effect we have seen will continue when children grow up — we need more research.”

In fact, the gastroenteritis study from the Netherlands was an offshoot of a larger study focused on respiratory infections in children, and Dr. de Hoog and her colleagues published an article in 2014 in which they demonstrated a similar pattern in upper respiratory infections and ear infections: Children who attended day care in the first year of life had more infections earlier and fewer later. For the early day care group, this led to more doctor visits overall, and more antibiotics.

Some infections can be more severe or more dangerous in babies, which is probably one reason children who get sick younger get more medical attention. And there can certainly be moments in those early years of day care when, even though children are not dangerously ill, parents can feel overwhelmed by the parade of runny noses and runny bowel movements.

There is a more complex relationship between day care attendance and the risk of developing asthma and eczema, where there are several other important factors, like family history, antibiotic exposure, and the risk of infection with one particular virus called respiratory syncytial virus, or R.S.V., which has been linked to developing asthma. Still, Dr. Shope said, day care attendance may protect against these so-called “atopic” diseases, which are related to hypersensitivity reactions in which the body’s immune system is overreactive, and it has been suggested that this connects to the “hygiene hypothesis,” that early exposures may be beneficial for the immune system.

There are three basic lines of prevention for bringing down the frequency of infections in day care children, and the most effective is immunization. We immunize against several of the most common organisms that cause gastroenteritis (oh, how I wish there had been a vaccine against rotavirus when my children were born — that diarrhea lasted for weeks) and also against some of the organisms that can complicate respiratory infections. But we have to get better at making sure all young children get the influenza vaccine, which unfortunately has to be given every year, since the virus is particularly dangerous to children.

Infection control is also important in day care, especially around diaper changing and hand-washing. However, there are limits to how much young children can cooperate regarding what they put in their mouths, or whether they cover their coughs. Studies show some benefit of infection control measures, but “not as much as we would like,” Dr. Shope said.

Then there is the always complex pediatric decision about who needs to stay home. Although there are very specific recommendations around diarrhea and diaper changing, for example, it’s also true that with many viral illnesses, children are infectious before symptoms develop and after they cease, while other children are infected and infectious but never develop symptoms, so the protective value of excluding the symptomatic children is limited.

I often see parents who are told their children have to stay home from day care, and I still identify with them. So does Dr. Shope. “When I’m seeing a typical parent with a child under a year who’s in child care, and they’re missing work, they’re wondering if something is wrong with the child,” he told me. “I tell them this is normal, they’re making an investment for the future, their child is less likely to be ill going into kindergarten when other children raised with less contact are more likely to be ill.”