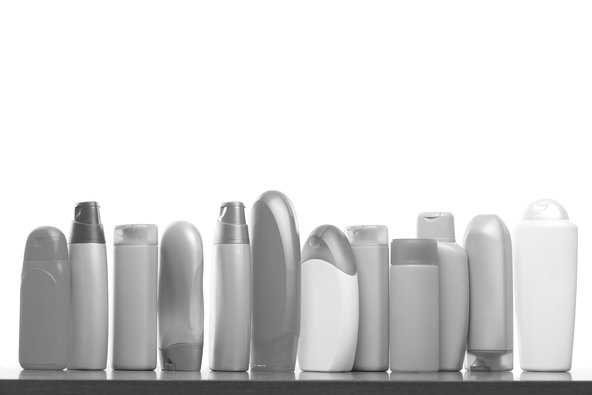 A disquieting new study finds that mice exposed prenatally to a common chemical found in many cosmetics and personal care products are less likely than other mice to exercise as adults, adding a new wrinkle to the mystery of exercise motivation. Although mice obviously are not people, the findings at least raise the possibility that exposure to environmental toxins before birth might change babies’ physiology in ways that affect their interest in exercise throughout their lives.

By now, we all know that we should work out to improve health and well-being. But a hefty majority of us never manage to exercise and many who do visit the gym do so reluctantly and sporadically.

The question of why some people are so loath to exercise is of pressing interest to exercise scientists. Work and family obligations of course play an outsize role, as do genes. Studies of the genetics of exercise suggest in fact that the will to exercise — or not — is mostly inherited.

But scientists also have begun to wonder about early physical development and whether differences in the environment within a mother’s womb might lead to changes in her baby that affect how much that infant moves around later in life.

A mouse study I wrote about recently suggested, encouragingly, that if a mother exercises during pregnancy, she might increase her offspring’s subsequent interest in working out.

But whether the environment within the womb might reduce a baby’s later desire to exercise has not been much studied.

So for the new study, which will appear next month in Medicine & Science in Sports & Exercise, scientists at Texas A&M University in College Station, Tex., decided to look at pregnancy, exercise behavior and phthalates.

Phthalates (THAL-ates) are a class of chemicals used as solvents and fixatives and to make plastic pliable. Found today in a boggling array of everyday products, from food containers to shampoos and perfume, they are virtually ubiquitous in the environment and in our bloodstreams.

They easily cross into a pregnant woman’s womb and accumulate in her offspring. Rather ominously, phthalates are known as endocrine disrupters, meaning that they can change the body’s production of the sex hormones testosterone and estrogen and, in animal studies, alter the onset of puberty in mouse pups exposed to high levels of the chemicals in utero.

The Texas scientists wondered whether phthalates might also influence how much exposed babies exercised, since varying levels of sex hormones, especially testosterone, are known to change how readily young animals move around.

To find out, they gathered healthy female mice, mated them with healthy males, and then fed half of the pregnant females benzyl butyl phthalate (B.B.P.), a common phthalate. The mice received the B.B.P. at the point in their pregnancies when their babies were rapidly developing organs and sex characteristics, which in human terms, would be near the end of the second trimester.

According to the scientists’ calculations, the exposure for each pup would be slightly higher than the amount that the E.P.A. has determined to be safe for humans.

The rest of the pregnant animals were fed a harmless oil to serve as a control group.

After birth, all of the pups were provided with running wheels and allowed to exercise as much or little as they chose.

What the researchers found was that by young adulthood and continuing on into the mouse version of late middle age, the exposed animals were not moving much.

In fact, the male mice that had been exposed to B.B.P. in utero ran about 20 percent less during adulthood than the other animals, while the exposed females exercised about 15 percent less.

Interestingly, the exposed animals did not differ much from the other rodents in terms of body composition. They were not significantly fatter. Obesity and any accompanying disability had not discouraged them from exercising, the scientists concluded. They had been sedentary by choice, not necessity.

That choice, however, seems to have been influenced by disruptions in their sex hormones. Checking their data, the researchers found that the male mice exposed to B.B.P. in utero had notably lower levels of testosterone than the other animals in young adulthood, which is also when their running mileage cratered. Those differences lingered into middle age. The exposed females similarly developed during young adulthood low estrogen levels and other reproductive system abnormalities that then produced a profound desire, it seems, to sit for most of the day.

The implication of these findings is that, in mice, “exposure to the endocrine disrupter B.B.P. might affect lifelong physical activity,” said Emily Schmitt, a postdoctoral researcher at Texas A&M who led the new study.

It’s impossible at this point to say whether human babies would be similarly affected, Dr. Schmitt said.

Likewise scientists don’t know whether a father’s exposure to phthalates can affect his unborn offspring or if eating and dousing oneself in phthalates long after birth, including when you are fully grown, might dampen your subsequent enthusiasm for working out, although Dr. Schmitt and her colleagues hope to investigate some of those issues in future studies.

But even with many questions remaining unanswered, “it certainly seems like a good idea to try to avoid endocrine disruptors as much as possible, especially if you are pregnant,” Dr. Schmitt said.

You can find tips for reducing exposure to the chemicals at saferchemicals.org/.