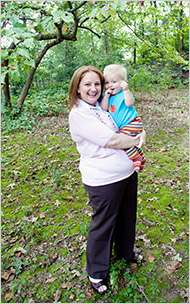 About one in eight women take an antidepressant at some time during pregnancy, reports Roni Rabin in today’s Science Times. But is it safe?

Some new research shows that antidepressant use during pregnancy may be linked to certain problems in newborns. A new review of the medical literature concludes that treatment decisions for depression during pregnancy must be made on a case-by-case basis.

“There’s not a one-size-fits-all answer,” said Dr. Kimberly Yonkers, a professor of psychiatry and obstetrics and gynecology at Yale School of Medicine who was the report’s lead author, and who acknowledged receiving research support from antidepressant manufacturers. “You can’t say, ‘Stop medication for all women because it’s harmful,’ and you can’t put all women on medication either.”

To learn more, read the full story, “Depression Is a Dilemma for Women in Pregnancy,” and then please join the discussion below. Did you experience depression during pregnancy? Did you take medication to treat it?