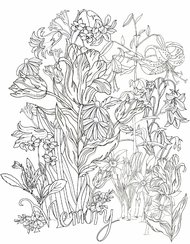 There is no disputing the adage that “into each life, a little rain must fall,” and the occasional need for a protective umbrella, but what do you do when the shower becomes a downpour that doesn’t seem to quit?

One shattering loss can be enough to derail a person for years, even for life. But tragedy seems to stalk some people, and it is reasonable to wonder how one goes on in the face of repeated painful losses.

Deborah S. Derman, a professional grief counselor in suburban Philadelphia, has clearly suffered more than her fair share. “The field of grief counseling sort of found me,” she said, “because I had such a long history of loss.”

She weathered her first devastating loss at age 27, when the boyfriend she had broken up with retrieved the vacuum cleaner she had borrowed, attached the vacuum’s hose to the exhaust pipe of his car and killed himself.

Fast-forward a decade: Now happily married and mother of a toddler, she was waiting at the airport for her parents to arrive when the private plane her father was piloting dropped from the sky and crashed in front of her, killing all four passengers aboard.

Four years later, while playing rugby, her husband died of a heart attack, leaving her a widow at age 39 with two young children and a third on the way. Then a few years later, she learned she had a rare form of breast cancer. “That’s when I felt I had a target on my back,” she told me. Her biggest fear, she said, was that if she died, her children would be orphans.

But she didn’t die. Instead, she managed to bring up the three children, marry again “a wonderful man” who adopted them, and earn a Ph.D., writing her dissertation on grief and attachment in young widowhood.

Dr. Derman has since been in private practice as a grief counselor, able to bring far more than professional training to the therapy she provides for those who have suffered losses. She has helped families on Staten Island who lost loved ones on 9/11, counseled breast cancer survivors, and conducted support groups for people weathering all manner of loss and grief.

She knows firsthand how important it is to say the right thing early on to someone who is hurting and vulnerable. When her former boyfriend committed suicide, “I felt like I was an accessory to his death,” she told me. Her mother helped to assuage her guilt by reassuring her that “this is not your fault.”

But when her husband died, her parents were no longer around with wise words. She recalled, “I was in so much pain, the grief felt physical. I was unable to concentrate on anything – I couldn’t read a book or hold a conversation. The only thing I could read were self-help books on loss and grief, looking for answers to how to get through the anguish I felt. I was so isolated and frustrated. No one knew what to do with me.”

She couldn’t even feel happy when two months after her husband died, she was accepted into a doctoral program in psychoeducational processes at Temple University. Advised to speak to another young widow, she was beaten down even further when the woman said, “Debby, do you know how you feel that your life is over? Well, it is,” which she said prompted her to take to her bed.

But she decided to get up and try a different approach after her sister said: “One day, Debby, this will be your past,” which made her realize that she might indeed have a future. She said she switched her field of study to grief and loss “because I never wanted another widow to feel as isolated as I did. I wanted to know how a person heals, so I can help others heal.

“Healing is a lifelong process, and elements of grief can occur at any time,” she said. “I’ve been widowed now for 24 years, but when my son got into medical school, I cried because my husband and parents weren’t there to see it. My daughter is about to graduate from college, and we will both cry because she never even knew her father. Her grief is different, but it’s not absent.”

Now Dr. Derman has produced an intriguing new tool – an adult coloring book intended to help others “get through tough times.” Called “Colors of Loss and Healing,” the book consists of 35 pages of lavish illustrations to color, each relating to a word or phrase, like “one day at a time,” “bitter and sweet” and “resilience,” meant to evoke thoughts and feelings that can help to promote healing.

Opposite each illustration, designed by Lisa Powell Braun, is a blank page with the heading “My palette … my words … my thoughts,” to prompt people to write down the feelings the words and phrases in the illustration evoke.

Dr. Derman said she had kept a journal after her husband died. “When you have to write something down, it really clarifies your thoughts and helps you know how to proceed,” she said. “In a journal, you can say whatever you want. No one else has to read it — it’s private.”

While art therapy has been used for decades to help people express what they can’t put into words, filling in the spaces of a coloring book has a different kind of benefit: enabling people to relax and be more focused. Marygrace Berberian, a clinical assistant professor in art therapy at New York University, said, “Research has shown that art making can have a profound impact on a person’s physical and psychological well-being. And coloring within an outlined structure can help to contain and organize feelings of distress and helplessness.”

In 2005, Nancy A. Curry and Tim Kasser of Knox College in Galesburg, Ill., reported in Art Therapy, Journal of the American Art Therapy Association, that coloring a mandala reduced anxiety in undergraduate students, a finding that has since been replicated and expanded. Today, there are adult coloring books to help alleviate stress and anxiety, release anger, induce calm and enhance mindfulness.

Dr. Derman’s idea for her book was prompted by a coloring book she received for her birthday last Christmas. “I colored one space, then another, and another, and realized this is how I proceeded through my life — one small step at a time. This is a good paradigm for how a person gets through loss, one day at a time. After my husband died, I didn’t think I could make it through a whole day. I looked at my watch — it said 10 a.m. — and made a deal with myself to make it to 11, then 12, then half a day.”

The book is meant to help people with losses of every kind, including illness, divorce, financial ruin, post-addiction — anything that might force people to redefine their identity.

Dr. Derman emphasized, “It’s not a recipe book. It doesn’t dictate how people should feel. We all go through grief and loss in very unique ways. One thing I’ve learned from my life and the hundreds of people I’ve counseled: Don’t try to pretend it didn’t happen and walk away fast.”