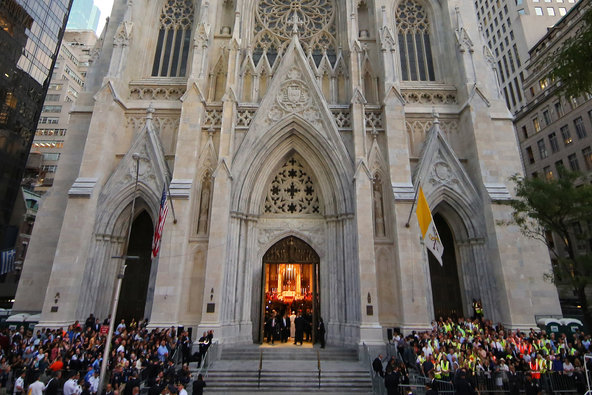 Going to church may lower the risk for premature death, a new study suggests.

Researchers used data from a long-term study of 75,534 women that tracked their health and lifestyle, including their attendance at religious services, over 16 years through 2012. The report is in JAMA Internal Medicine.

The researchers statistically eliminated the possibility of reverse causation — that is, that healthy people go to church more than unhealthy ones. And they found that some variables, such as social support and a tendency not to smoke, contributed to the effect. But no matter how they analyzed the data, the effect of church attendance alone seemed to have benefits.

“This suggests that there is something powerful about the communal religious experience,” said the senior author, Tyler J. VanderWeele, a professor of epidemiology at Harvard. “These are systems of thought and practice shaped over millennia, and they are powerful.”