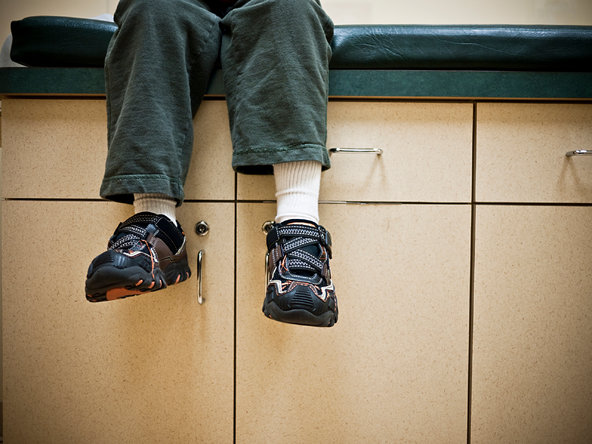 I let out a huge sigh as I picked up the next chart in clinic. “Chief complaint: Behavioral concerns” was typed out on the top of a thick packet of papers. My young patient was sitting on the exam table comfortably. His parents sat stoically with furrowed brows in the chairs next to him. They were nervous, rigid, clearly concerned.

“What’s been going on?” I asked. Apparently he had been acting out at his elementary school. I sifted through the papers, chock full of documentation from teachers, detailing his behavior. He was on the verge of expulsion. His parents expressed understandable frustration to me given his remarkably normal behavior at home.

I gathered my history per usual, directing my questions toward him as he swung his legs back and forth on the exam table. I did not seem to be getting anywhere when I happened to ask, “Is anyone at school making fun of you?” Yes.

It turned out that another child at school was calling him names and telling him he was stupid. His parents looked shocked. They had no idea.

What are the effects of bullying on children? A 2006 study showed that children who had been bullied have higher rates of both physical and mental illness, including abdominal pain, bed-wetting, poor appetite, sleeping problems, anxiety and depression. A 2007 2007 study in Denmark showed that bullied children also have higher rates of medication use associated with treating headaches, stomachaches, nervousness and difficulty sleeping.

In my young patient’s case, his bully had also been instructing other children at school to harass him. There is evidence showing that such indirect bullying actually has a higher association with depression and thoughts of suicide in children. Importantly, bullies are not immune to these negative effects. The same study showed that bullies more often report delinquent behavior. Moreover, among adolescents, both victims and perpetrators of bullying have higher rates of depression, suicidal thoughts and suicide attempts.

As a physician, even more concerning to me is that some children face bullying because of chronic illnesses. For example, in a study of children with food allergies, 31.5 percent of children reported bullying specifically related to their allergies. Disturbingly, bullying included threats with foods the children were allergic to. Parents knew about the bullying in just over half of cases.

During my clinic visits, I am incredibly pressed for time. I check in on past medical history, family history updates, current medications, diet, sleep, exercise, vaccination records and more. But after meeting my young patient and hearing his story of being bullied, I now make it a point to ask my patients if they are being made fun of or bullied at school.

Ultimately, my responsibility as a pediatrician is to support the health and well-being of children. There is no special prescription I can write that will make bullying go away. Rather, the best remedy is communication between parents and their children.