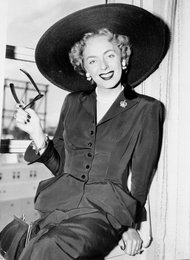 In 1952, George Jorgensen, a Bronx-born G.I., underwent surgical and hormonal treatment in Denmark to become Christine Jorgensen, a nightclub entertainer and advocate for gender identity rights. Ever since, health professionals and lay people alike have debated the origins of gender identity, the wisdom of altering one’s biologically determined sex, and whether society should accept the transgender community as a fact of nature.

There is even disagreement over whether the Civil Rights Act of 1964, which bars discrimination because of sex, also protects gender identity, a person’s inner sense of being male or female. Many more transgender people, whose identity does not match their biological sex, have come forward in recent years. Some seek sex change treatment. The Olympic gold-medalist Bruce Jenner made a high-profile announcement last year of his transition to Caitlyn Jenner, including a cover story in Vanity Fair.

This year, the Public Theater in New York presented the musical “Southern Comfort,” adapted from an award-winning 2001 documentary film about transgender people living in rural Georgia who came together to support a dying friend who developed ovarian cancer years after transitioning from female to male.

Yet the controversy now raging over the rights of transgender students to use bathroom and locker room facilities that match their gender identity rather than their birth sex reflects the persistence of widespread prejudice and misinformation about the nature and behavior of people who identify as transgender.

Those who insist that people should use only the facilities that match the sex on their birth certificates may not realize that most states allow those who change their sexual assignment to change the sex on their birth certificates. Furthermore, a transgender individual using a facility matched to his or her gender identity is no more of a sexual threat to others than anyone else using that bathroom might be. Psychosocial distress or embarrassment can be avoided simply by providing closed-door toilet and changing areas in public bathrooms and locker rooms. After all, we should be used to mixed-gender bathrooms by now: We’ve had them in our homes for years.

I recently read a most illuminating article, “Care of Transsexual Persons,” that answered many of the questions and concerns that have been raised about transsexualism, which is now more commonly referred to as being transgender. Written by Dr. Louis J. Gooren, an endocrinologist at VU University Medical Center in Amsterdam and a leading expert in the field, it was published in 2011 in The New England Journal of Medicine.

Perhaps the most important point Dr. Gooren and others make is that a mismatch between gender identity and biological sex is not something people choose. The most common description given by transgendered individuals is a persistent, painfully distressing belief that they are females trapped in a male body, or vice versa.

Although being transgender is classified in the psychiatric literature as “gender identity disorder,” Dr. Gooren pointed out that “a substantial proportion of the transgender population does not have a clinically significant coexisting psychiatric condition” other than chronic suffering from feeling they are not what their bodies tell them they are.

No chromosomal or hormonal causes of being transgender have been identified. Also lacking is convincing evidence that it is caused by some aberration of family dynamics — how a child is treated or dressed by mom, dad or anyone else.

Being transgender simply happens, possibly during brain development in the womb. All brains start out female; if the fetus is male, testosterone normally programs both the genitalia and the brain to develop as male. But autopsies of a small number of male-to-female transgender people found that two important areas of the brain had a typical female pattern, suggesting an alteration in the brain’s sexual differentiation.

In individuals who transition from female to male, it is possible that excessive production of androgens during pregnancy could have programmed the brain to be male.

Among adults, male-to-female transitions are nearly three times more common than female-to-male ones. It has not been unusual for people born male to first acknowledge and express their female gender identity in midlife, often after having married and fathered children.

In young children, girls who are tomboys and boys who act more like girls are quite common and should not be assumed to be transgender. Such behavior often changes by adolescence.

However, when bodily changes at puberty differ from a child’s gender identity, they are typically a source of extreme distress. Still, experts warn that at any age, and especially in adolescence, great caution must be taken before irreversible treatments are provided to induce changes that conform to a person’s discordant gender identity.

“Persons with gender identity disorder may have unrealistic expectations about what being a member of the opposite sex entails,” Dr. Gooren wrote. Therefore, he and others say that before starting hormone treatments, the person should live for at least a year as the desired sex. Only then should hormone treatments be used to induce the secondary sex characteristics of the new sex and suppress those of the birth sex.

It is especially important for transgender individuals seeking treatment to know the risks involved. Long-term studies of people who underwent sex reassignment surgery have been conducted in Sweden and Denmark, where excellent population-wide medical records are kept.

A Swedish team from the Karolinska Institute and the University of Gothenberg followed 324 people who underwent sex reassignment surgery and compared them with matched controls in the general population. After an average follow-up of 11.4 years, men and women who had sex reassignments had death rates three times higher from all causes. Suicide rates were especially high, suggesting “the need for continued psychiatric follow-up” among those undergoing sex change, the authors wrote. Cancer deaths were doubled in the surgical group, though the cancers appeared to be unrelated to hormone treatments.

The recent Danish study, by researchers in Copenhagen, investigated postoperative diseases and deaths among 104 men and women representing 98 percent of those who underwent sex reassignment surgery in Denmark from 1978 through 2010. One person in three had developed an ailment, most often cardiovascular disease, and one in 10 had died, with deaths occurring at an average age of 53.5.

The authors suggested that a host of societal factors, including social exclusion, harassment and negative experiences in school and at work, could largely contribute to the patients’ health problems. The findings underscore the importance of better postoperative support and closer attention to injurious lifestyle issues like smoking and alcohol abuse.