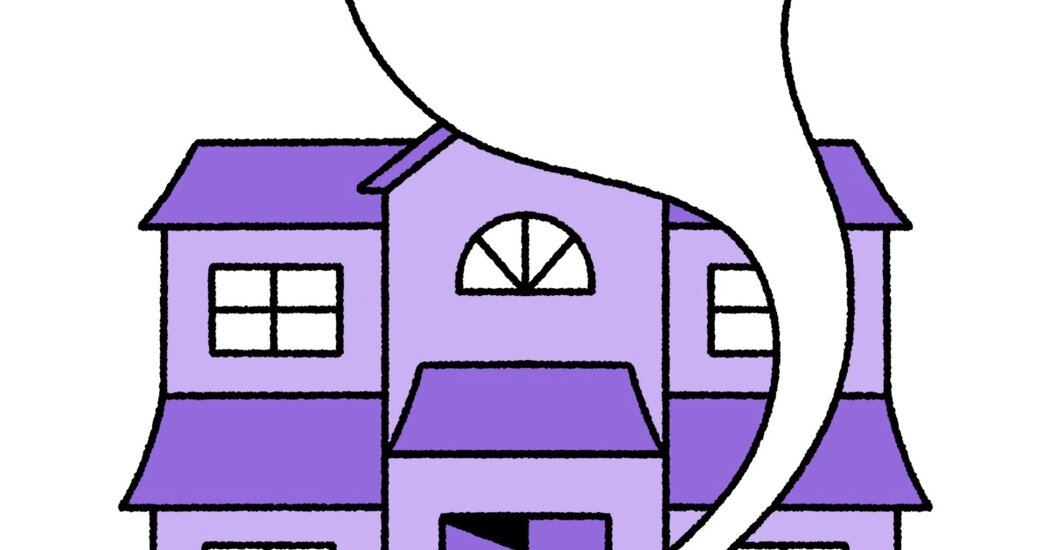 Here is a sampling of the week’s events and how to tune in (all times are Eastern). Note that events are subject to change after publication.

Examine how early 20th-century French fashion responded to World War I and challenged gender norms with “Fashioning Gender in Wartime France,” a lecture accompanying the “Silk and Steel: French Fashion, Women and WWI” exhibition at the National WWI Museum and Memorial. The scholars Maude Bass-Krueger and Sophie Kurkdjian, who curated a previous version of the exhibit and co-wrote the book “French Fashion, Women and the First World War,” will discuss fashion in the wartime period and its implications today.

Tune into a timely audio play: the Public Theater’s podcast presentation of “Shipwreck,” which The Times called a “truly thrilling, truly original fantasia of a drama.” Written by the playwright Anne Washburn, the play follows a group of friends at dinner in 2017 while they talk politics as a storm builds outside. The play was originally slated to be part of the Public’s fall season, and was instead adapted into a four-part podcast that premiered on Oct. 16 and will be available indefinitely. Try queuing it up tonight and enjoying each installment throughout the week.

Get baking tips from Claire Saffitz, the former host of Bon Appétit’s “Gourmet Makes” and “Baking School,” as she chats about her newly released cookbook, “Dessert Person.” As the title suggests, the book aims to equip everyone with the skills and knowledge to become dessert people and includes original recipes like Babkallah, Ms Saffitz’s babka-Challah mashup. Christina Chaey, a Bon Appetit editor, joins her in conversation. Tickets start at $10.

See the new film “Minari,” starring Steven Yeun as the patriarch of a Korean-American family that moves to Arkansas to start a farm, as part of the Montclair Film Festival. Screenings cost $12. Like many of its peers on the festival circuit, Montclair has moved to a primarily virtual format this year (with a handful of socially distanced drive-in screenings in New Jersey); “Minari,” which premiered to praise at the Sundance Film Festival earlier this year and won that festival’s Grand Jury Prize and Audience Award, is one of the program’s highlights. Virtual screenings cost $12 and are only available within the United States.

When 7:30 p.m. (Ticket holders will have two hours to view the film, so the festival recommends queuing it up on time.)
Where montclairfilm.org

Join a conversation with the author Raven Leilani as she discusses her debut novel “Luster” with Adam Dalva, a book critic for Guernica Magazine. The book follows Edie, a Black woman in her 20s, who joins an open marriage and becomes entwined with the couple’s life and adopted daughter. Ms. Leilani told The New York Times that she didn’t want her main character to be “a pristine, neatly moral character.” The event is presented by the Community Bookstore in Brooklyn and donations are encouraged.

Find your flow with the yoga instructor and actress Adriene Mishler. Her yoga YouTube channel has close to 8.5 million subscribers and hundreds of free videos for beginners and experts alike. Consider a 10 minute session to help you wake up in the morning or work on your posture foundation with a 30-minute session. A yoga mat is recommended.

Dim the lights, light a candle and prepare to be spooked by an online ghost tour at the Mount, the country home that belonged to the writer Edith Wharton in Lenox, Mass. You’ll be guided you through some of the spookiest settings in the estate, which was featured twice on SyFy’s “Ghost Hunters.” Wharton and her husband, Teddy, sold the estate in 1911, but specters of its former staff and residents allegedly still linger — a fitting outcome for the onetime home of the author of a collection entitled “Tales of Men and Ghosts.”

Learn to make vanilla bean madeleines — and then to decorate them as charming little ghosts, mummies, brides of Frankenstein or monsters during Sur La Table’s online “Sweet and Spooky Halloween Treats” class. You can acquire the supplies and ingredients ahead of time, thanks to a prep packet posted on the course’s site, and bake along with a Sur La Table chef. (The class is interactive, so you’ll also have the opportunity to ask questions along the way.) Come away inspired, and consider making ever-more-elaborate teatime cookie spooks: vampires, jack-o’-lanterns or even Freddy Kruegers. The course costs $29 per household, and entry is capped at 1,000 tickets.

When 12 p.m.
Where surlatable.com

Settle in for a re-invented evening of Molière’s “The School for Wives,” presented by Moliere in the Park and the French Institute Alliance Française. This production highlights the gender dynamics of the play with an all-female cast and the Tony and Obie Award winner Tonya Pinkins stars as the obsessive and desperate Arnolphe. Captions are available in French or English. A conversation with the cast follows both shows.

When 2 p.m. and 7 p.m.
Wheremoliereinthepark.org

Persuade your kids to step away from their glowing screens and create their own roaring entertainment by making dinosaur-shadow puppets. The Natural History Museum in Los Angeles provides easy-to-follow-steps to transform ordinary household items, like a lamp, shower curtain, construction paper and sticks (branches work, too!), into a dino-variety show. Templates for Cryolophosaurus, Oculudentavis and Sauropodomorph are available here.