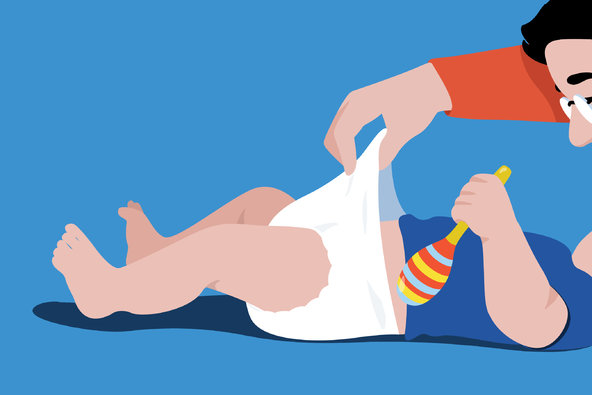 The pediatric wisdom is that it’s often the mother who asks the question. But she usually says the question comes from the boy’s father.

His dad is worried, she begins. Is our son’s penis a normal size? Is it too small? Is something wrong?

Most of the time, everything is perfectly normal. But what most of those boys have in common is their physique: They tend to be overweight.

Questions about penis size have become more common over the past decade, as my colleagues and I have all seen more overweight children coming in for physical exams. And these worries reflect cultural preoccupations and anxieties, which can make the conversation highly fraught for all concerned.

“I see dissatisfaction with the phallus very regularly,” said Dr. Aseem Shukla, a pediatric urologist at Children’s Hospital of Philadelphia and associate professor of urology at the Perelman School of Medicine at the University of Pennsylvania. He said that with 10- to 11-year-old boys, “a common thing is, my son’s penis is too short.”

The vast majority of the parents who bring up the issue with their pediatricians after the newborn period have children whose genitals fall in the normal range. A baby or toddler’s penis can look very small, and maybe especially when the child himself is larger rather than smaller. Watching their bodies as they grow, parents sometimes begin to worry about heavier boys and whether their genitals are normal.

The penis can be buried in the fat pad that sits in front of the pubic bone, and it can remain hidden as boys go through adolescence. What is called a “hidden penis” can be a combination of being prepubertal (so the penis has not begun to grow), being overweight (so the fat pad is significant), and in some cases an anatomical condition in which the soft tissue below the skin of the penis doesn’t adhere well to the Buck’s fascia, the thick covering that surrounds the penile nerves and arteries. This fixation problem can yield what Dr. Shukla described as a “slidey” penis, in which the actual shaft retreats and only the skin, or the foreskin, in an uncircumcised boy, is clearly apparent.

There are some surgical procedures which can unbury that concealed penis, but Dr. Shukla said that except in extreme cases, it made more sense to wait and let the child grow older — and, ideally, slimmer.

And for preadolescent boys that is often a very welcome solution. “The kids are usually pretty relieved that we’re not going to cut,” Dr. Shukla said.

But while they are relieved, they still want reassurance.

“I basically say, first of all I want you to know that you are absolutely and completely normal,” Dr. Shukla said. “We don’t all walk around with our pants down, and we don’t see how everybody is. But you should realize the private area can be different, and because yours looks different from your brother’s doesn’t mean there is something wrong.”

There is a condition called micropenis, and it should be diagnosed in the newborn period, because it can reflect a variety of disruptions of the hormone system during pregnancy, which at some point prevented the usual effects of testosterone. Micropenis can reflect any of a number of rare genetic syndromes and hormone problems, and early diagnosis is important to make sure that other hormonal issues, like low blood sugar, don’t endanger the baby.

The relevant measurement, in a boy of any age, is the stretched penile length, measuring from the pubic bone, and stretching the nonerect penis to the point of resistance; in a full-term newborn, the mean stretched penile length is 3.5 centimeters. Micropenis (at any age) is defined as a penis 2.5 standard deviations or more below the mean, so in full-term newborns, we worry about any child below 2 to 2.5 centimeters. For older boys, doctors use growth charts that reflect the child’s age and physical maturity.

And until the hormones of puberty kick in and the penis begins to grow, a statistically normal penis on a disproportionately large body can look small to a worried parent.

Merritt Jensen, a pediatric psychologist, works with the division of urology at the Children’s Hospital of Philadelphia. “I hear a lot of parents just wanting to be reassured it is within the realm of appropriate and typical and that it’s going to work correctly,” she said. “The mom often will say it but you can see the relief in Dad’s face.”

None of these conversations are easy, from the nervous questions in the pediatric office to the specialist referrals.

Dr. Shukla said that he tries to reassure preadolescents that if they lose some weight and still feel that there is a problem when they reach puberty, they can come back to address it.

“I push down and I show them the length and width,” Dr. Shukla said. And he tells them: “You are going to be totally fine, you are going to have a great life.”