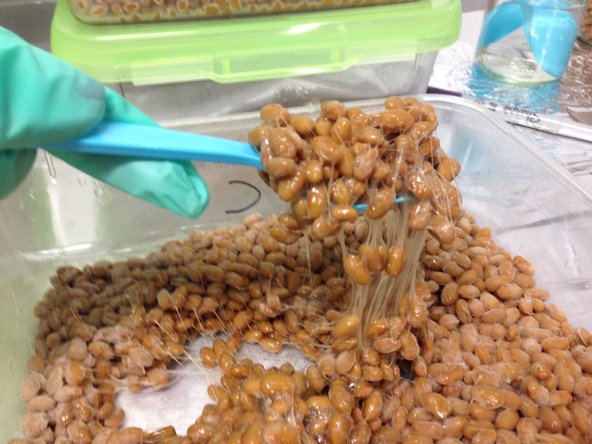 Does a stinky, fermented soybean condiment belong on your plate? Ann Yonetani, a microbiologist turned food entrepreneur, thinks so.

The preparation, called natto, has a mild, earthy taste and looks like a mishmash of tiny brown jelly beans suspended in white goo. It is popular in many parts of Japan but has yet to catch on in most other places. Dr. Yonetani, who teaches food science at the New School, founded NYrture Food last year to introduce natto to New Yorkers, calling it one of the most potent sources of healthful bacteria there is.

Bacteria have not traditionally been something we wanted in our foods. Increasingly, though, researchers like Dr. Yonetani, a Columbia-trained specialist in cell reproduction, believe that in our quest to avoid germs, we have inadvertently eliminated many of the beneficial bugs that help to comprise a healthy human microbiome, the community of microbes that live in our gut.

“Food used to be fresh and dirty. We lived surrounded by nature,” said Dr. Yonetani. “Nowadays, we are exposed to too little microbial diversity.” 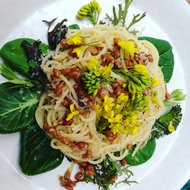 Dr. Yonetani, who calls herself a “microbe farmer,” says that each tablespoon of her finished product contains a billion of the healthful soil bacteria Bacillus subtilis, a count that is “orders of magnitude greater than what you would find in a typical probiotic food.” Because natto contains lots of dormant bacterial cysts, which Dr. Yonetani has observed under the microscope, she speculates that the bacteria can survive the high-acid environment of the stomach and “colonize the intestine, where conditions are more welcoming.”

It is a potent selling point given the growing interest in the microbiome and the booming market for probiotics, products that reputedly help replenish the healthful bacteria in our bodies.

“The microbiome is a hot issue right now, and proponents of probiotics are riding that wave,” said Marion Nestle, a nutrition expert at New York University. Still, she said, our knowledge of probiotics remains “in its infancy.” Most of the studies that demonstrate the efficacy of probiotics, she noted, are sponsored by yogurt companies that may report only positive outcomes.

“Are probiotics good for you? Sure, why not?” Dr. Nestle said. “Are they miracle foods? That would be nice, if true, but the science isn’t there yet.”

Fermented foods rich in living bacteria have long been popular in Japan as a way to promote health, said Dr. Yonetani, who was first introduced to natto as a child during visits to relatives there, where it is commonly consumed with rice for breakfast, and often mixed with chives and raw eggs. Just as children in America are urged to eat their spinach, in Japan they are told to eat their natto.

But for many of us who didn’t grow up on natto, there is a certain yuck factor. Natto’s slimy coating — reminiscent of okra — led one biologist collaborator of Dr. Yonetani’s at Harvard, where she did research, to call it “Klingon food.”

As with most probiotics, the science about natto is at an early stage. Dr. Ralph Holsworth, an emergency room supervisor and biomedical researcher in a rural hospital in Colorado who has coauthored several studies on the enzyme nattokinase, a byproduct of natto fermentation, said that the enzyme “breaks down fibrin in the blood, a protein aggregate involved in blood clotting, decreases the ‘stickiness’ of the red blood cells, and assists in the prevention of arterial plaque formation.” These blood-thinning actions, he said, may lessen the severity of heart attacks and strokes.

Dr. Holsworth uses the enzyme in his medical practice to help prevent blood clots and assist in healing from surgery. Nattokinase is not yet widely used in mainstream medical practice, although it has been gaining popularity as a food supplement with the public.

Natto may also be good for bone health, said Dr. Dennis Goodman, a clinical professor of medicine and director of integrative medicine at New York University. He cited a study that showed that in eastern Japan, where they eat more natto than in western parts of the country but otherwise have similar diets, there are significantly lower levels of osteoporosis. Dr. Goodman attributes this to natto’s high levels of vitamin K2, a form of vitamin K, which he said works like a theater usher by directing calcium to the bones.

“Most people are not getting nearly enough K2 in their diet,” said Dr. Goodman, who has written a book about the vitamin. “The only food that gives you a sufficient amount is natto.” Dr. Yonetani says that a single heaping tablespoon of natto contains approximately 300 micrograms of K2, about seven times the minimum daily requirement.

To make the product, Dr. Yonetani rents a room at the back of the Organic Food Incubator, a cooperative space for artisanal food producers in Long Island City, Queens. Her closet-narrow kitchen is fitted with pressure cookers, boxes full of glass jars and a microscope. A papier-mâché Daruma, a troll-like deity said to bestow good luck on fledgling businesses, oversees the operation.

As she peels back the plastic wrapper from a freshly fermented tray, scores of sticky spider’s web thin strands of biofilm rise up from the batch, and a limburger cheese-like aroma pervades the air. Sampling the two-day-old natto with a plastic spoon, Dr. Yonetani pronounces it finished.

“It’s got some nice coffee notes,” she effuses, with the discernment of a wine connoisseur. She offers me a spoonful. The taste is not at all unpleasant, a cross between chopped liver and cottage cheese. “Every batch comes out a bit different,” Dr. Yonetani said. “That’s not something the food industry likes. But I think it’s beautiful, because that’s biology.”